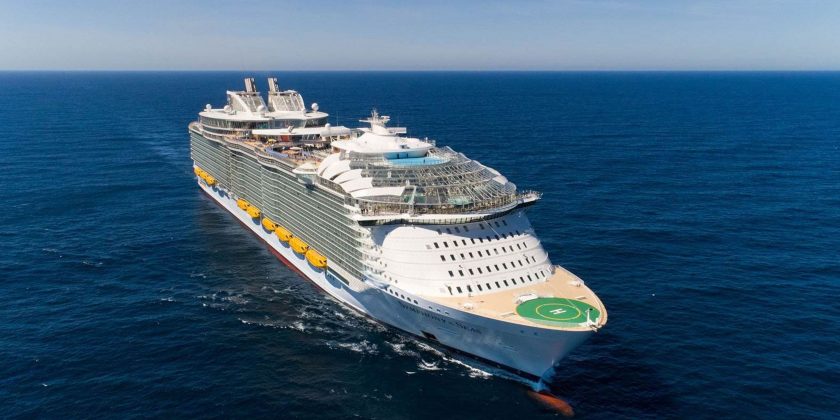 The world’s largest cruise ship will be making its U.S. debut Thursday at Port Canaveral before sailing to its home port of Miami.

The ship — Royal Caribbean’s Symphony of the Seas — has a capacity of 6,680 passengers and 2,200 cruise members. It cost more than $1 billion to build.

It had its maiden voyage in April, and has been sailing short Mediterranean cruises this summer out of Barcelona, Spain. It will now be based at Royal Caribbean’s new cruise terminal at the Port of Miami.

While the ship will be based in Miami, Royal Caribbean opted to make its first U.S. stop at Port Canaveral to clear customs and for a required U.S. Coast Guard inspection.

“Port Canaveral is proud of its partnership with Royal Caribbean,” Port Canaveral Chief Executive Officer John Murray said. “While Symphony of the Seas is home-ported in Miami, our cruise partner trusts the capabilities of this port. We are ready to support the arrival of the world’s largest and most sophisticated cruise ship in the industry.”

Murray said passengers who made the trans-Atlantic cruise will be required to get off the ship at Port Canaveral, then reboard later in the day.

The ship is scheduled to arrive at Port Canaveral Cruise Terminal 1 at about 4 a.m. and leave about 5 p.m. That’s the terminal on the port’s south side, just east of the Cove restaurant district, so spectators will be able to see the ship from the Cove and Exploration tower areas.