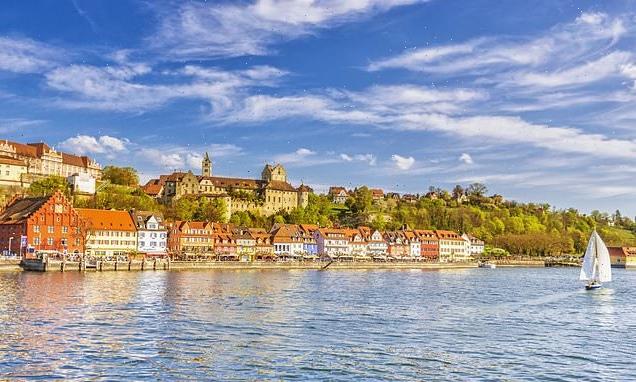 One lake, four countries: Lake Constance is the perfect way to sample the delights of Germany, Austria, Switzerland and Liechtenstein

Germany’s largest lake is so big that it’s often referred to as an inland sea.

Both Austria and Switzerland line its shores and Lake Constance’s waters flow into the Rhine to form a natural border with Liechtenstein. These four countries, plus the lake, make up the region of Bodensee.

My base was the Steigenberger Inselhotel. Originally a 13th century Dominican monastery, it was later converted into the luxury hotel. The original monastery frescoes were restored for guests to admire. 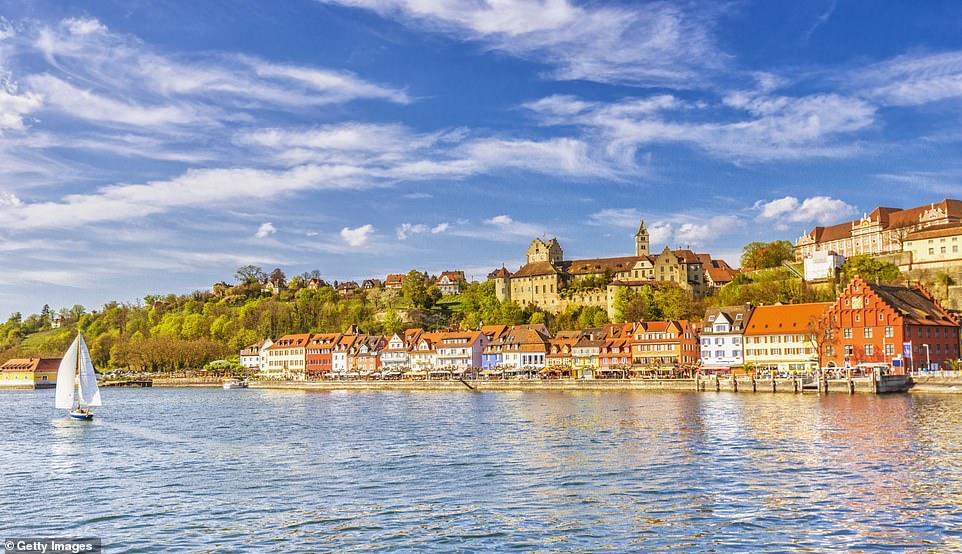 On the waterfront: Views of the German town of Meersburg and its castle, which sits on Lake Constance – Germany’s largest lake 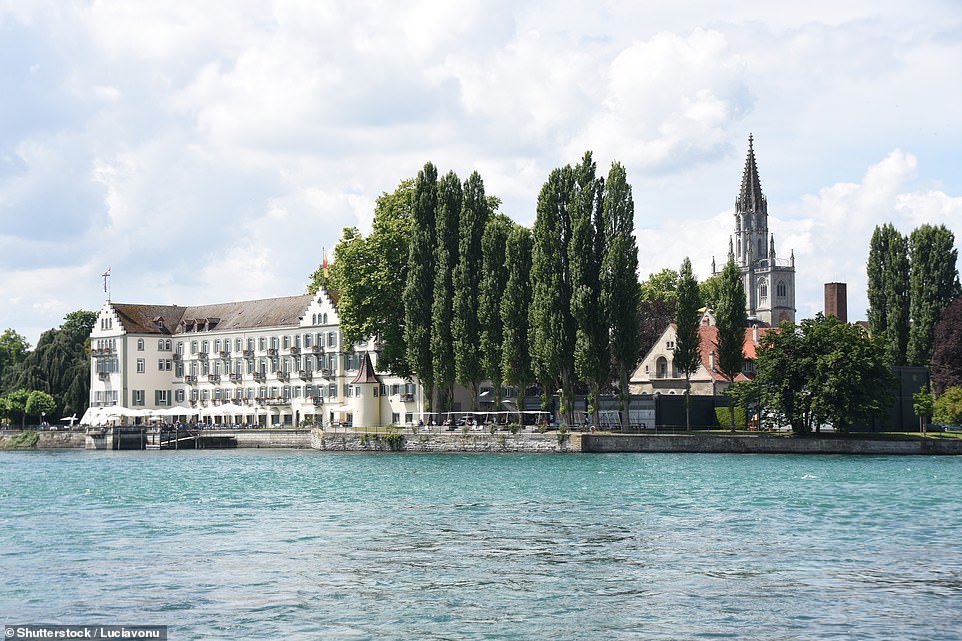 Mike’s base for his trip is the Steigenberger Inselhotel, pictured left, which was originally a 13th-century Dominican monastery

From Konstanz I set out for the town of Tettnang via a ferry across the lake. Visitors to Konstanz harbour can’t miss the local landmark, a rotating 30 ft high statue of a scantily-dressed, well-endowed woman.

‘The city’s residents were shocked when they first saw the statue of Imperia, a mythical goddess, and asked the authorities to remove it,’ said my guide Ingrid.

‘But the land is owned by the rail company and it refused. Today, it’s the most popular tourist attraction in Konstanz.’

My journey took me past the airport at Friedrichshafen where Graf von Zeppelin, born in the Steigenberger hotel, created the airships that bear his name. The current 75 m-long versions are powered by electric motors. It’s a spectacular, eco-friendly way to view the region as the airship glides through the air but, unlike me, you need to book well in advance. 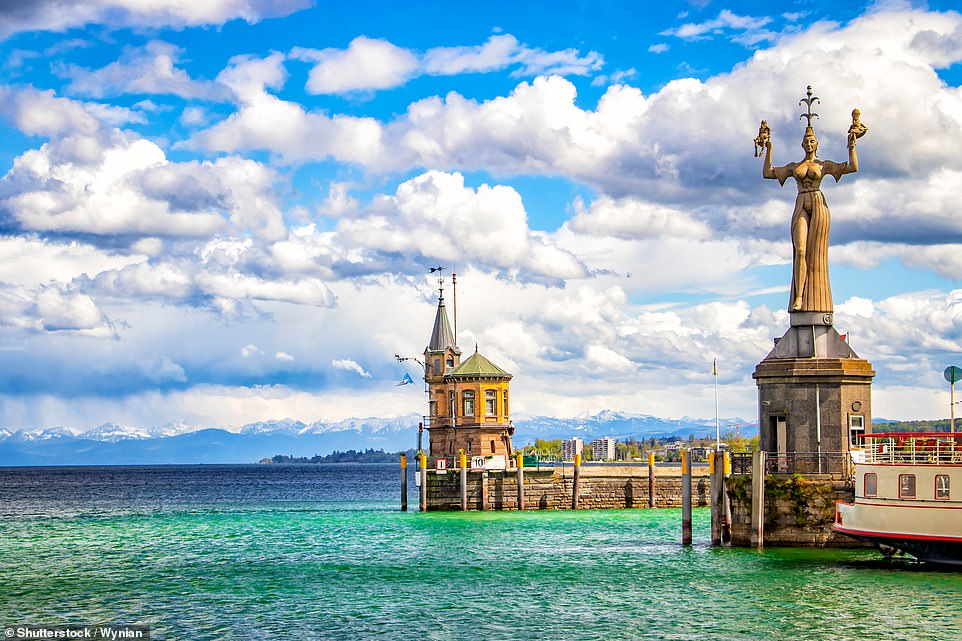 My destination, Tettnang, is renowned for the quality of its hops that supply the international brewing trade. On a tour of a hop farm, manager Bernhard, explained: ‘The first shoots are wound clockwise around vertical wires suspended from a frame. Wind them the wrong way and the fickle plants will unravel and die.’

After sampling some of the local beers, I was driven to the lakeside village of Hard in Austria where I boarded Hohentwiel, a restored royal paddle steamer, and enjoyed dinner as it sailed along the lake. As well as the ever-changing scenery, the gleaming working parts of the ship are also worth admiring, but it gets hot near the boilers.

Next morning, Bregenz beckoned, a pretty town with parks and tree-lined streets. It’s home to the world’s largest floating stage, which each summer evening puts on a major operatic production watched by up to 7,000 people seated on the shore.

The waterside location adds a special atmosphere to the evening. Puccini’s Madame Butterfly will be 2022’s performance with the premiere on July 20. 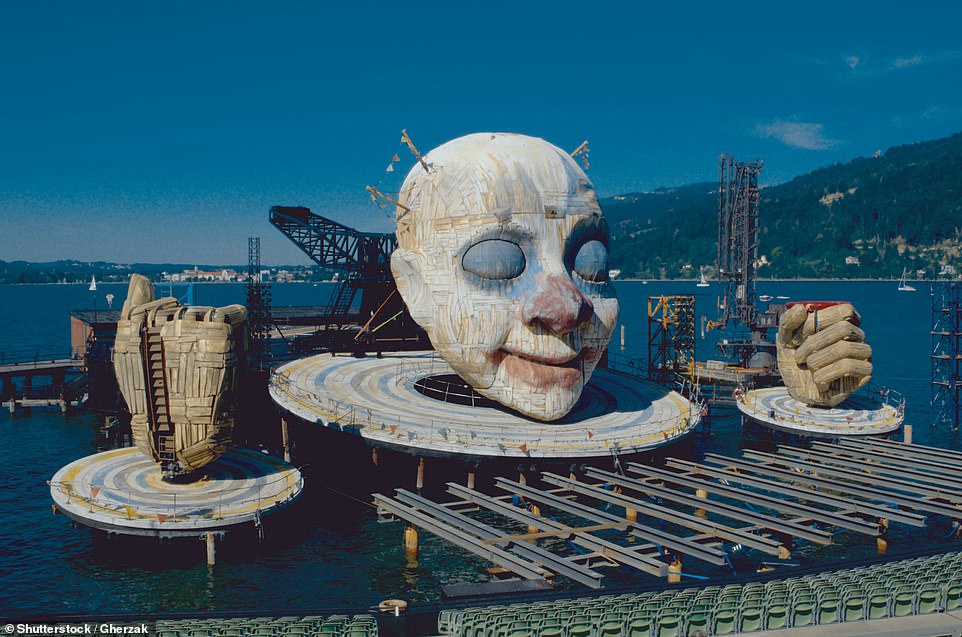 Above is the 2019 to 2020 version of the floating stage in Bregenz, which changes every year 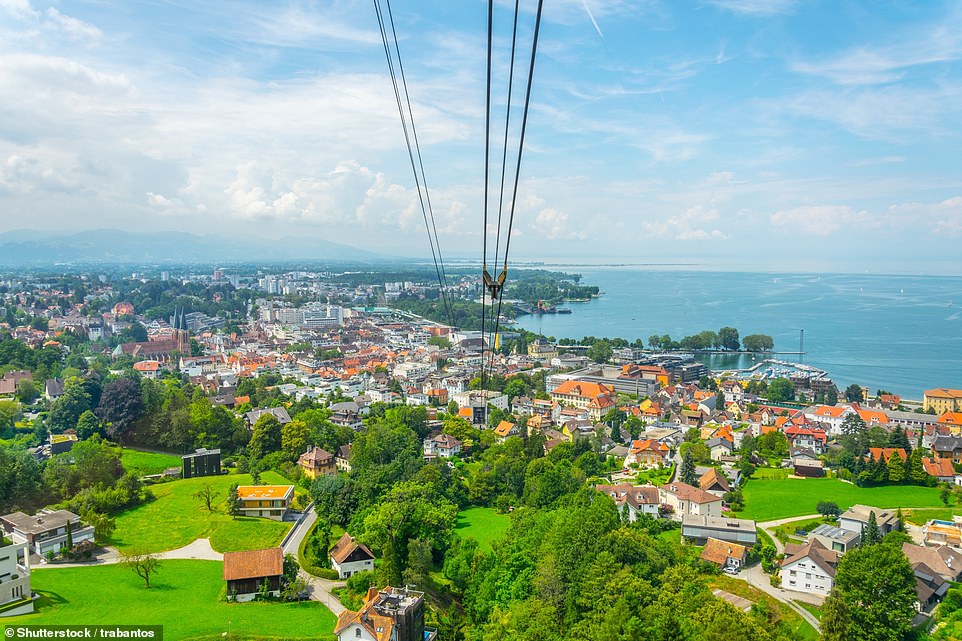 The view from Cable Car Pfander, which takes visitors from the Austrian city of Bregenz to a local mountain top 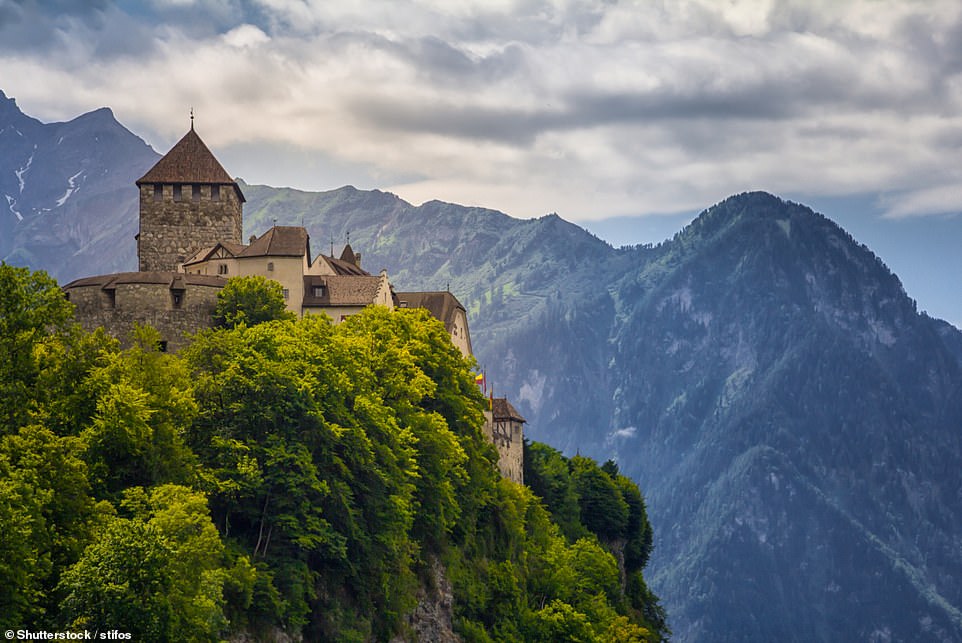 Mike explores Liechtenstein, a pocket-sized state of only 38,500 people. Pictured is Vaduz Castle, the official residence of the Prince of Liechtenstein, which overlooks the country’s capital city

Double rooms (two adults) at the The Steigenberger Inselhotel, Konstanz from £165 a night including breakfast. See steigenberger.com. For Bodensee visit bodensee.eu/en.

The nearby Cable Car Pfander takes visitors to a local mountain top. Manager Berthold Martan, said: ‘On a clear day you can see 240 peaks of the Alps.’

There’s a wildlife park that includes deer, wild boar and ibex and children can enjoy the large playground while hikers can explore a web of walks.

Liechtenstein was next, a pocket-sized state of only 38,500 people. By the end of World War II, the country was struggling financially so the then-Prince, Franz-Joseph, sold valuable family artworks to raise finance for the Principality.

The prosperity of the country, now one of the world’s richest, is down to his efforts and the current Prince is popular.

The pedestrianised main street of the capital, Vaduz, is lined with street art. A treasure chamber houses the crown jewels and an amazing collection of old armoury, and one of Faberge’s famous Easter Eggs.

My final day took me to the fourth country, Switzerland, and Weinfelden’s wine trail. It starts at the station where you can buy a special rucksack which includes a map, wine glass and a code to access the wine vaults positioned along the route.

I was happy to enjoy the local produce; a memorable end to my journey.