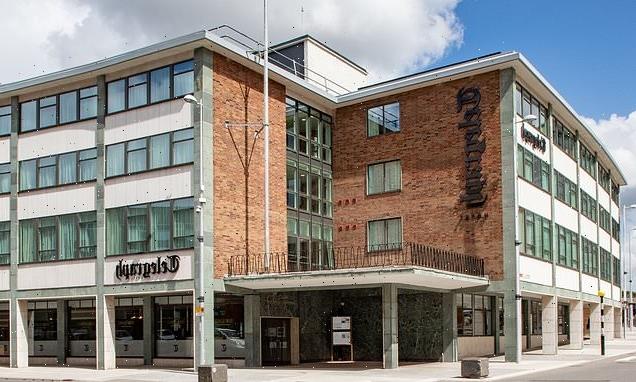 The write stuff: The Inspector calls at a new hotel housed in the building once occupied by the Coventry Telegraph – and says it’s a welcome addition to the UK’s City of Culture 2021

You don’t have to like newspapers to enjoy a stay at the Telegraph in Coventry, but it will do no harm if you do.

For more than 50 years, the local paper — first known as the Midland Daily Telegraph, then the Coventry Evening Telegraph and now the Coventry Telegraph — occupied this modern building in Belgrade Plaza in the city centre.

And the new owners have done everything they can to preserve the newspaper theme. The ‘Editor’s entrance’ is still there, front pages line the walls in the restaurant and a ‘Dark Room in Use’ sign glows outside a room on the first floor. The Inspector checks in to the Telegraph, pictured above, and admires the preservation of the newspaper theme throughout 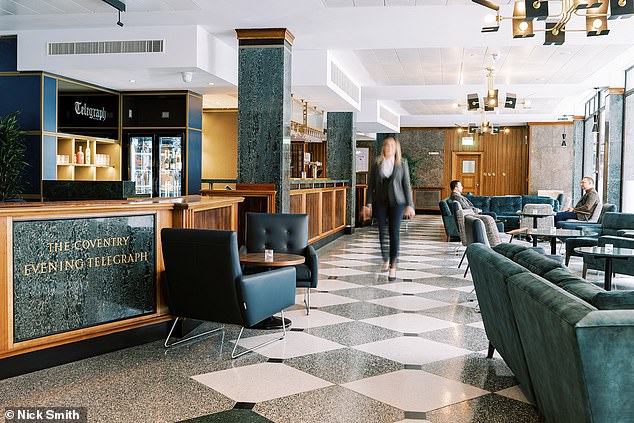 The hotel is a ‘welcome addition’ to Coventry, according to The Inspector

In one passageway on the ground floor are newspapers from days gone by, including several from May 1987 when Coventry City won the FA Cup, prompting the cathedral bells to peal for the first time in 100 years.

Coventry is the UK’s City of Culture 2021 and it’s like nowhere else in the country. Famously devastated by Luftwaffe bombs in World War II, it’s a new town — but suddenly you will spot a little Georgian or Victorian building that escaped the onslaught.

The cathedral may not be to everyone’s taste, but to build such a thing amid the rubble of the one destroyed in 1940 was genuinely heroic. When I look in around tea-time, a huge choir made up of all ages, creeds and colours is practising at the end of the knave. 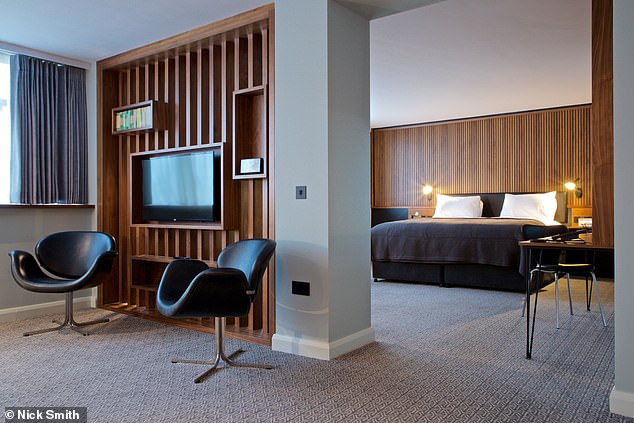 ‘You don’t have to like newspapers to enjoy a stay at the Telegraph in Coventry,’ says The Inspector 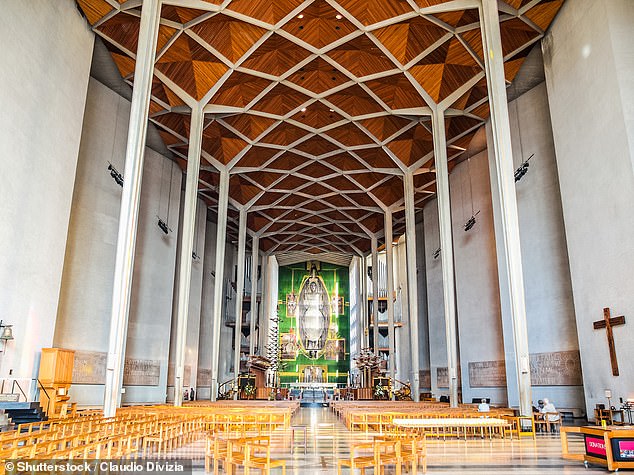 Pictured is The Cathedral Church of Saint Michael, which the Inspector says ‘may not be to everyone’s taste’

Our room is a duplex — a little sitting area downstairs, bedroom and bathroom upstairs (complete with a framed front page from 1950). It’s not exactly cosy and you can’t open the window. We think it’s meant to be trendy, but would rather be staying in a smaller room that’s all on one level.

The open-plan restaurant downstairs is in action throughout the day and evening.

My chicken liver parfait is disappointing, but no complaints about the large chicken Caesar main course.

Overall, it’s hard to get away from feeling this is still an office building, and breakfast in the morning has a canteen spirit to it, partly due to having to queue up at the buffet for baked beans, tomatoes, fried eggs et al.

But Coventry is not exactly awash with decent hotels, so this one — which has just opened — is a welcome addition.