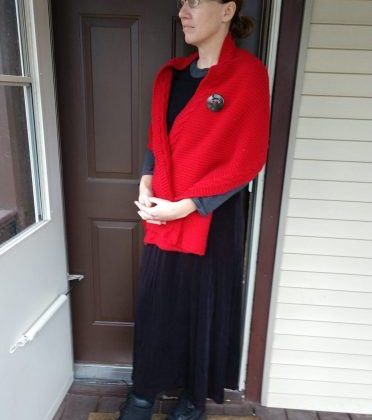 Women’s rights pioneer, Susan B. Anthony reminded the country why voting is so important. A record number of women won seats in Congress during the midterm elections. Women have never held more than 84 seats in the House and The Washington Post projects at least 92 women have secured positions.“Women made history in a number of ways and were a significant force in flipping many districts from red to blue,” Kelly Dittmar, a political scientist at the Center for American Women and Politics at Rutgers University told The Washington Post.

Since the 2016 election, many voters are making the pilgrimage to the grave of the woman who changed voter’s rights. So who was Susan B. Anthony? And why is visiting her grave an important stop for many voters?

This is why she is so important

Anthony was born in 1820 in Adams, Massachusetts, according to the National Susan B. Anthony Museum and House. She became a teacher and was active in the temperance movement. But her activism was limited.  She was not allowed to speak out at rallies because of her gender. Frustrated that her voice was silenced, Anthony connected with Elizabeth Cady Stanton. Together they lit the women’s movement fire.

She and Stanton pushed for a women’s right to vote. Together they founded the American Equal Rights Association and in 1868 they started publishing the newspaper The Revolution in Rochester. She organized and campaigned endlessly to establish voting rights for women. Eventually, she voted, which was against the law at the time, and was arrested, NPR reports.

Throughout her life, Anthony also worked tirelessly for a woman’s right to own property, keep their salary, plus she advocated for the abolishment of slavery. She also backed women’s labor organizations and convinced the University of Rochester to allow women to attend. Voting rights for women was her biggest passion. But Anthony died in 1906 before the Nineteenth Amendment, also known as the Susan B. Anthony Amendment, passed in 1920. This gave all American adult women the right to vote.

Thousands honor her on election day

Anthony could never legally vote but her dedication paved the way for adult women to vote. Which is why a number of voters pay homage to her. Voters first began visiting her grave when Hillary Clinton ran for president in 2016, NPR reports. And again during the 2018 midterms. Many people leave their “I voted” sticker affixed to her tomb in Mount Hope Cemetery, located in Rochester, New York.

Plenty of people post or tweet about their visit. This Twitter user made a trip for each election. “I voted and made my pilgrimage to Susan B. Anthony’s grave with an “I voted” sticker. It’s pouring rain today, so here is a better image from Election Day 2016.”

And they arrived early. “The first people arrive at 7:05am here at Mount Hope Cemetery in Rochester, NY to place their “I Voted” stickers at the grave of Susan B. Anthony. It was November 5, 1872 when Anthony illegally voted in the presidential election, resulting in her arrest.”