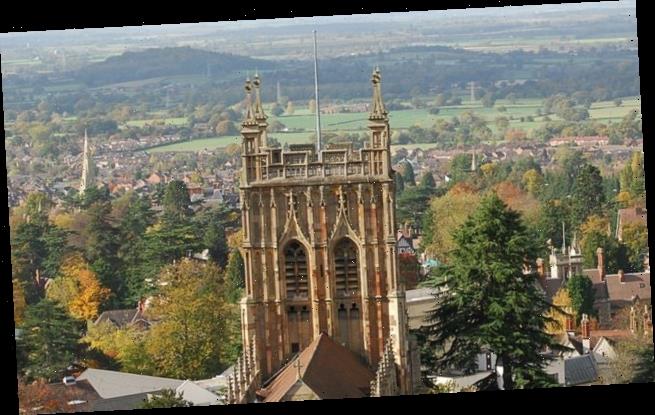 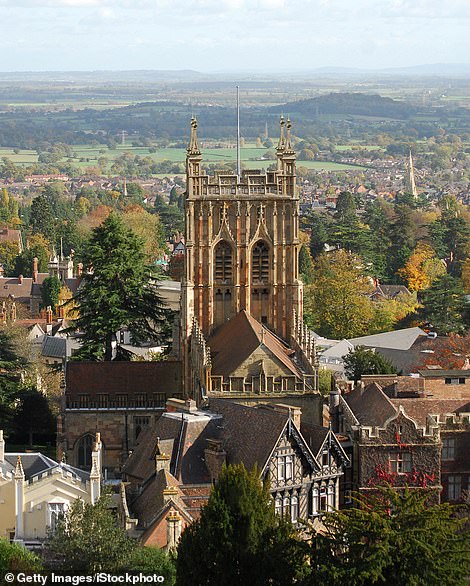 Even for those who know the glorious Malvern Hills, there’s another great reason to explore this part of Worcestershire again. The Morgan Motor Company has revamped its museum, showcasing the history of its quintessentially English classic car – and you now have the chance to hop in the driver’s seat, drop the roof and take one out on the open road.

First, sign up for a tour in the original factory, where you will realise that Morgans are not simply motor vehicles – they are labours of love, crafted with similar techniques (and often the same tools) used since the company was founded in 1909.

It’s a visceral experience, and in the ash-scented woodworking room we watch apprentices bend strips of wood into the shape of a chassis using ancient tools. ‘Those are older than any employee,’ reveals worker James Gilbert, adding that side panels are made using a technique honed on the International Space Station. ‘It’s 21st Century coach-building!’ he says with a grin.

‘Buying one is like buying a tailored suit,’ says James, adding that the entire process – from order to delivery – takes between six and 12 months and each car costs from about £62,000.

If you don’t want to drive one yourself, you can sign up for chauffeured drives, from £25 for 15 minutes, but we opt for the DIY option and take charge of a mint-green beauty.

I’m ready for a big adventure with a potter around Worcestershire in our Morgan Plus Four, but it seems tame when James reveals that one customer recently hired a car and shipped it over to India for a long-haul road trip. The Malvern Hills are perfect for a rural road trip, and the Morgan proves a smooth car to handle with none of the noise I’d associated with a classic car. 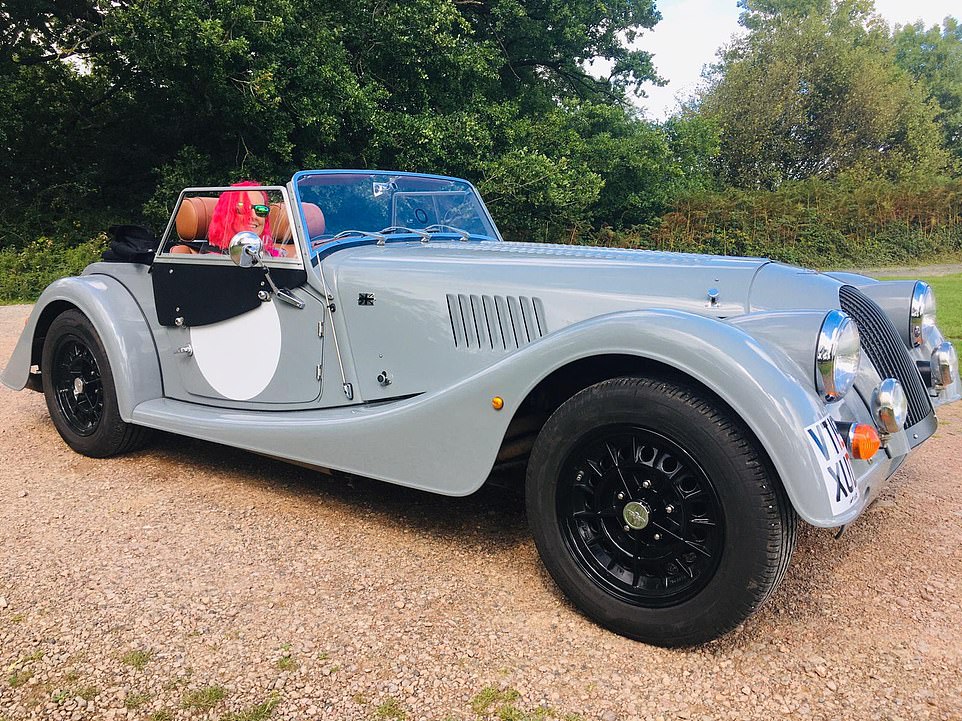 Iconic: The Mail on Sunday’s Tamara Hinson hopped in the driver’s seat of one of the classic Morgan cars

We start with the circular Elgar Route – more than 37 miles weaving from Lower Broadheath’s The Firs, birthplace of composer Sir Edward Elgar and now owned by the National Trust, to Worcester, via Great Malvern with its gas-lamp-lined streets and 12th Century priory.

During a leg-stretching walk through the elegant spa town of Malvern, we discover a bench dedicated to Florence Nightingale, who visited in the hope its water would cure illnesses contracted during the Crimean War. And in the priory we chance upon Anne Darwin’s grave. Charles hoped the waters would cure his daughter’s tuberculosis, but she died aged just ten.

Energy levels are restored with tea and cake at the Bluebird Tearooms (bluebirdtearoomsmalvern.co.uk), a one-time hangout of writer C. S. Lewis. This part of Worcestershire shaped his fantasy stories, including the gas-powered lamppost in The Lion, The Witch And The Wardrobe, while the undulating Malvern Hills inspired the magical land that is Narnia.

Back in the car, we stop at the base of Worcestershire Beacon, reaching the top on a blustery afternoon. Its 1,400ft peak is the Malvern Hills’ highest point, offering spectacular vistas.

In the distance is Colwall, once the site of Malvern Water, the Coca-Cola-owned brand beloved by our Royals. Sadly, Coca-Cola shut up shop and refused to let anyone use the name Malvern Water after new drilling applications were rejected. 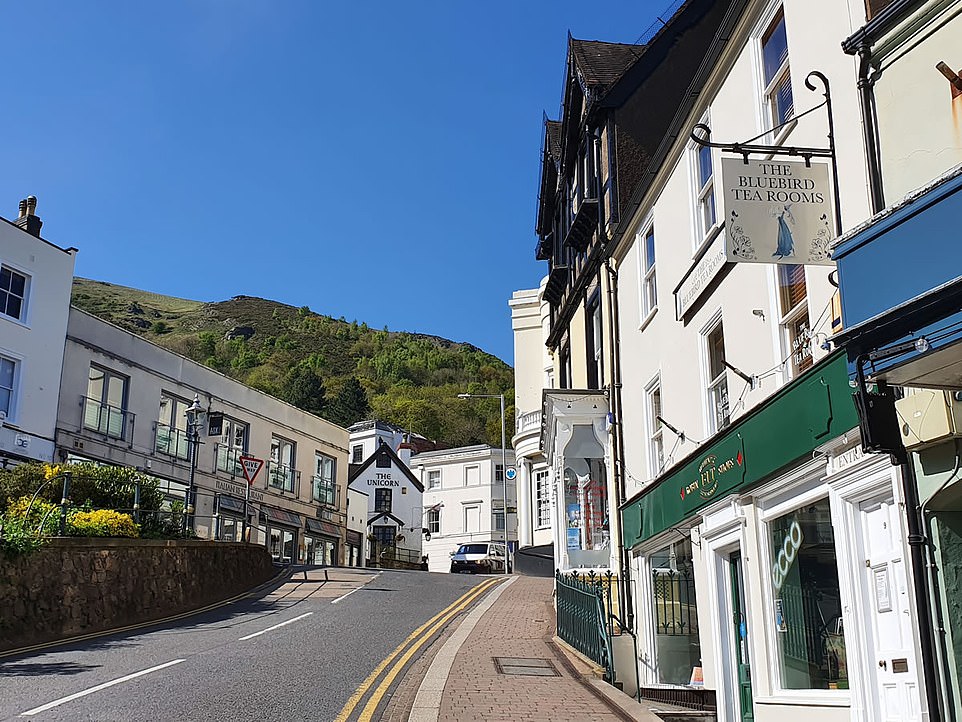 Bluebird Tearooms, pictured above, is one-time hangout of writer C. S. Lewis. This part of Worcestershire shaped his fantasy stories, including the gas-powered lamppost in The Lion, The Witch And The Wardrobe

But all is not lost – the same water is used by the nearby Chase Distillery. In 2002, farmer William Chase discovered that misshapen potatoes rejected by UK supermarkets were being snapped up by an American crisp firm. So he built his own crisp-making facility and founded upmarket brand Tyrrells, which he sold a few years later for close to £40 million.

On one of the popular Chase distillery tours, visitors are introduced to Patricia the Stripper – a machine that helps turn potatoes into alcohol – and sample delicious tipples, including an Aged Marmalade Vodka, which provide a fascinating insight into the workings of William Chase’s Willy Wonka-like mind. 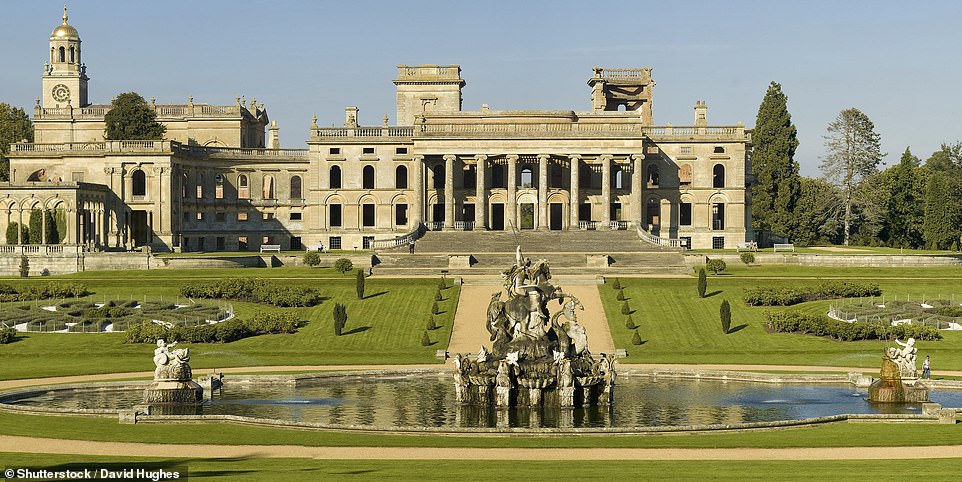 Tamara Hinson was a guest of Stanbrook Abbey Hotel, which has rooms from £200 per night (handpickedhotels.co.uk/stanbrookabbey).

There’s a similar passion for local produce at our lunch spot – Pensons (pensons.co.uk), a restaurant on the sprawling Netherwood Estate near the Herefordshire/Worcestershire border.

Awarded a Michelin star this year, Pensons is a cosy tribute not just to local food (almost all the fruit and vegetables are grown on site) but local craftsmanship, whether it’s the steak knives forged by a local blacksmith, or the willow lampshades twisted into shape by local basket-weavers.

We opt for the £38, three-course lunch menu. The highlight is a fat, chicory jam-drizzled scallop, closely followed by the delicious cheeseboard, the star of which is a ridiculously tangy chunk of Scottish Blue Murder cheese, washed down with a glass of fruity red.

After lunch, we squeeze into the Morgan and crank up the oh-so-modern heated seats for a final roar along Worcestershire’s blustery country lanes.

I perfect my royal wave for the many drivers who snap pictures of the car and pedestrians who bellow compliments.

An English Heritage employee appears and whispers that if we allow her to snap a selfie with the Morgan, she’ll open the gates so that we can take a photograph of the car in front of the blackened manor.

We oblige (of course), and it dawns on us: life is much more fun when you’re driving a Morgan.