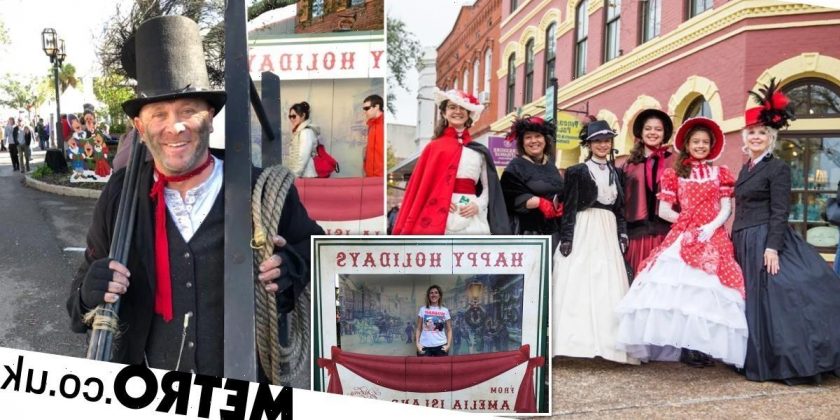 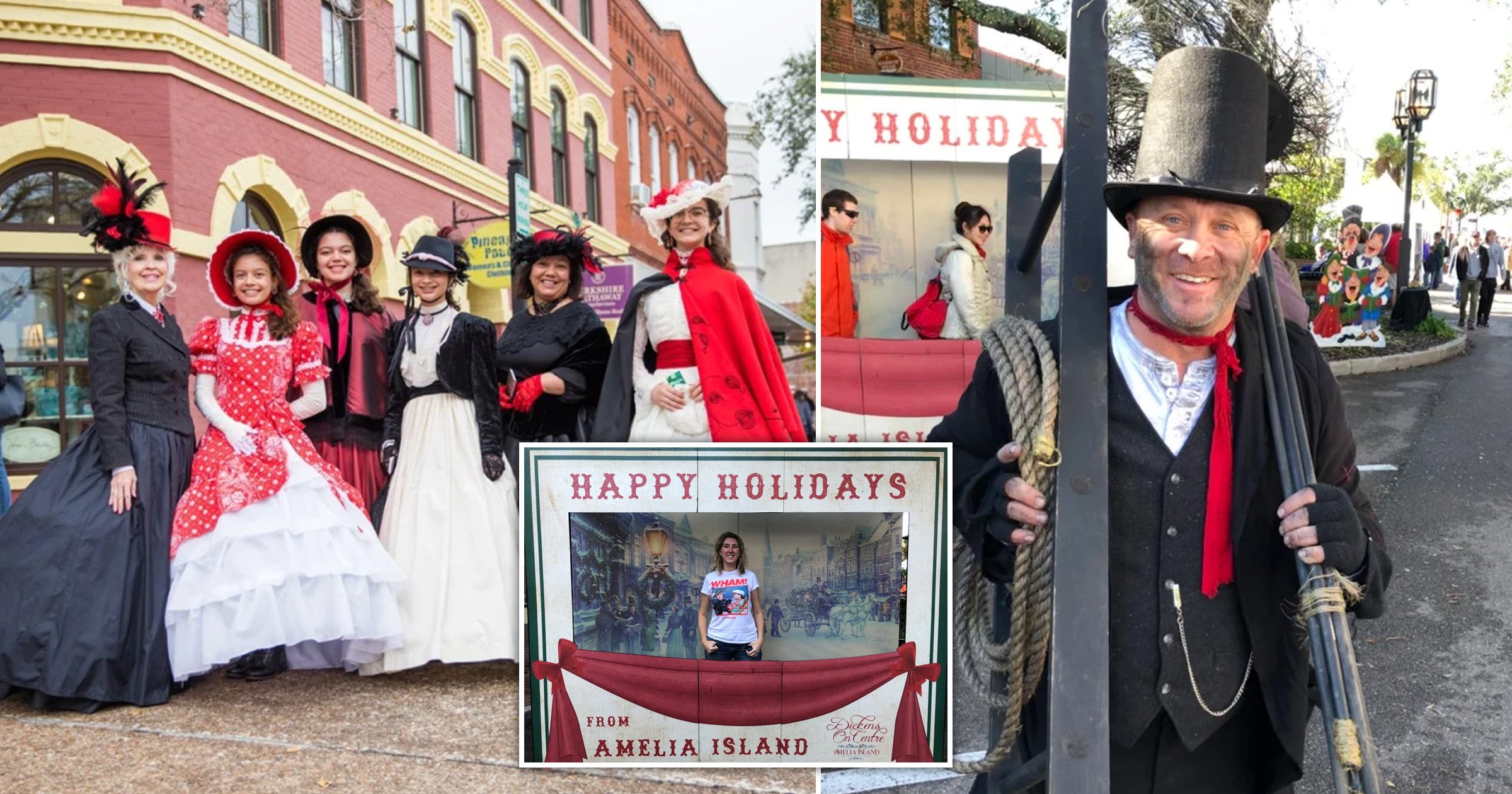 Cobbled streets dusted with fake snow, chestnuts roasting on an open fire, a choir of cheery women in bustles and bonnets singing ‘God rest ye merry gentlemen’ — allI need is a frog in a top hat and I’d swear I’d walked on to the set of The Muppet Christmas Carol.

It’s almost 180 years since Charles Dickens first visited the US, and Amelia Island, a tiny island off the Atlantic coast of Florida, pays homage to the author by dressing up in Victorian garb and sculling mulled wine and mince pies for four days.

The island lies a mile south of the border to Georgia. Named for King George II’s daughter when under British rule in the 1700s and at 13 miles long and two miles wide, it’s the same size as Manhattan, and connected to the mainland by two bridges.

Each Christmas, it hosts Dickens On Centre, a festival based on the Victorian author, where island capital Fernandina Beach is transformed into Ye Olde London Town, albeit with fairy-lit palm trees and balmy Floridian temperatures.

The festival starts with an illuminated candlelit procession and fireworks show over the harbour. And, for the whole weekend, visitors flock from across the state to ride horse-drawn carriages and watch snow falling over a replica Big Ben, or shop for festive fudge and tinsel trinkets in the market and watch poets recite Twas The Night Before Christmas.

All the locals dress up. I meet a soot-smudged chimney sweep who wishes me a cheery ‘good day, ma’am’ in a broad Floridian accent. I even spot a Santa in board shorts.

A weekend highlight is the Parade of Paws, held on Saturday afternoon, where the island’s dogs dress up in Victorian costume and convoy through the streets. I’m granted a brief audience with last year’s winner, Eddie, and his mum, Barbara, in Fezziwig’s Courtyard.

Thankfully, I packed my taffeta gown and festive bonnet so I can transform into my Victorian alter-ego, Mimsy Crumpthwaite, for tonight’s Dickens After Dark, an adult-only fancy dress party at the historic Florida House Inn.

Propping up the inn’s Mermaid Bar is old Scrooge himself, taking a brief respite from counting cash. He tells me both Henry Ford and Laurel and Hardy have stayed here and that they serve the best prohibition cocktails in the state.

Scrooge is the star of Twisted Dickens, a camp take on A Christmas Carol, which has more of a Benny Hill-vibe than classic literature.

A sprightly gentleman in a top hat and velvet cape then whisks me off on a ghost walk of Old Town and tells me about the ghosts of pirates and potion- makers, scorned lovers and sea captains who roam the island.

The tour ends at the Palace Saloon with ghost stories about Uncle Charlie, the legendary bartender who served here for 54 years and still haunts these walls.

First opened in 1903, it’s the oldest saloon bar in Florida and famously was the last to close before prohibition kicked in.

It has the original embossed tin ceiling, carved mahogany caryatids and a polished 40ft bar, where I join a group of ruddy faced carol singers at the bar for a tankard of Smoking Bishop and some Floridian-style Christmas cheer.

This is one festive celebration even Scrooge can’t find fault with.