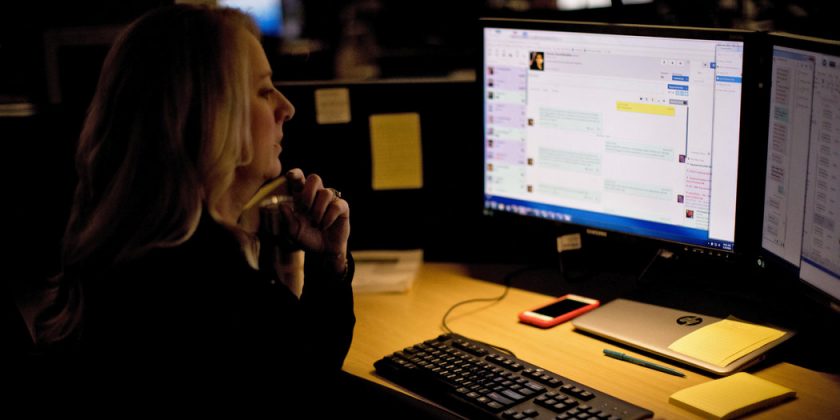 It’s another busy day at the Integrated Operations Center of American Airlines, a slick glass and concrete building located on a well-manicured campus near Dallas/Fort Worth International Airport, headquarters for the world’s largest airline.

The open-plan space on the second floor is crowded with workers’ desks and lots of televisions turned to the AccuWeather channel. White noise is pumped overhead, sounding like the roar of a distant airplane, helping to mute the sound of a legion of employees monitoring the more than 6,700 flights the airline runs each day.

In the center of the room is a cluster of desks on a raised platform known as “the bridge,” which gathers together one or two representatives from the airline’s essential departments, including operations, crew staffing, and one of its newest additions: social media. On the bridge, the screens are filled with flight numbers, spreadsheets of airplane parts, and maps of the United States with tiny moving airplane icons. It’s a lot of impersonal data — except at the social media desk. Here, there are photographs of in-flight meals, business class selfies and very personal text blurbs.

Among the small group on the bridge this Monday morning is Lynn Stines, a social media customer service representative, whose job it is to translate the gripes and experiences of customers posted on social channels and relay them to the people in the room who can help them. Or as she put it, “It’s my job to be the voice of customer.” 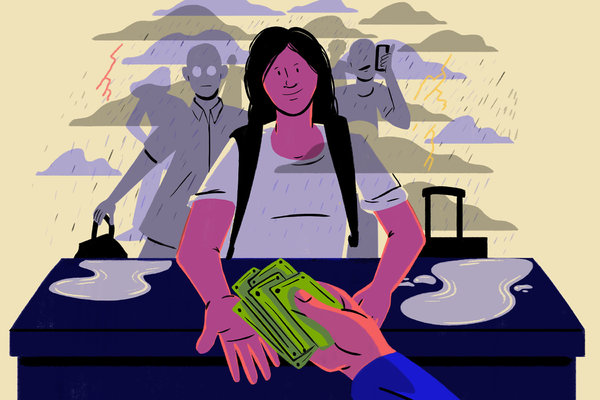 Ms. Stines, 53, of Dallas, begins her day by scrolling through Snap, a program that allows her to interact with customers on Twitter. Snap displays users’ bios, their number of followers, and the history of their conversation with American Airlines. The social care team fields 4,500 tweets per day and a clock on her screen indicated the average response time. On this morning, it was 15 minutes below the 30-minute response time goal the team has set for itself. No turbulence so far.

After scrolling for a few minutes, Ms. Stines saw a tweet from someone who she suspected had a lot of “chimers,” or followers who like to “chime in” on conversations. Chimers tend to follow those with big social media presences: TV stars and professional video game players and Instagram celebrities, she explained. She likes to take care of users with potential chimers quickly, she said, to avoid future problems.

When it comes to customer service, travelers are increasingly skipping calls to the airlines and are instead taking their requests to Twitter and Facebook. Airlines are responding by expanding their social media staff and empowering them with the resources they need to aid travelers.

For customers who are finding it more and more difficult to get a person on the phone, social media frequently offers real-time answers to pressing travel questions. For the airlines, “social care,” is about efficiency. In the span of a few minutes, a representative working on Twitter can check on a traveling child, locate a lost bag, hear out a venting customer, and upgrade a seat — all practically at the same time. (On TripAdvisor recently, one traveler noted that when his Delta flight was canceled and he tried to rebook on the phone, a recording informed him there was a two-hour wait before his call would be answered. Going to Twitter instead, and direct-messaging Delta, eventually resolved the situation, with a new flight soon rebooked.) 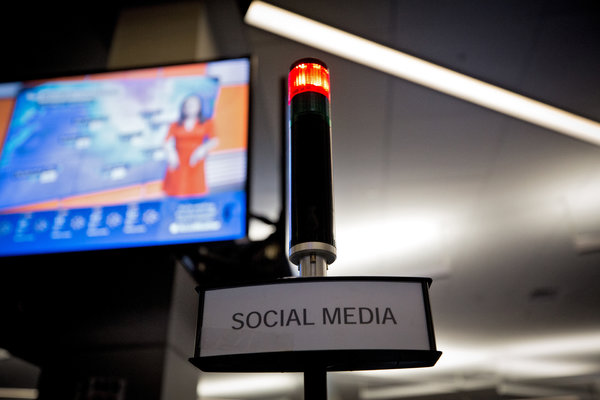 A lot has changed since American Airlines began assisting customers over social media in 2012, when the traffic was low and the issues fairly routine. Today, the social media team is dealing with sensitive issues like discrimination, racial and ethnic tensions among passengers, emotional support animals and customers with disabilities, as well as canceled flights and lost luggage.

Michelle Mohr, the managing director of operations communications for American Airlines, said that social media members today “must be able to develop a sixth sense or an intuition of when something they see on social is going to be a trigger,” and then quickly defuse it before it becomes viral. “They need a good knowledge of pop culture, a knowledge of politics, and a generally good understanding what’s going on the in culture,” she said.

And it’s not just at American Airlines. According to a 2018 report from SimpliFlying, an airline marketing firm, crisis management was the most common responsibility added to airline social media teams, after customer service. Often, social media teams are leading the response to a crisis.

Another shift, according to a 2018 report by the social customer service provider Conversocial, is the move to private social messaging channels like Twitter’s direct message, Facebook messenger and text messages.

“We’re actually seeing public social complaints plateauing and private messaging spike,” said Harry Rollason, Conversocial’s marketing director. “That’s because within the last 18 months or so, social care has matured. Customers aren’t going to social to vent as much anymore, they go there to find out their gate while they’re in an Uber on the way to the airport.”

Mr. Rollason noted that an agent working on a private social channel can handle six conversations simultaneously compared to one over the phone.

Among those who recently turned to social media in a crisis was Nikki-Colette Manzie, 28, when she was at Los Angeles International Airport, well past midnight, trying to rebook a trip to Flint, Mich., after missing her connecting flight. After looking at the long line of people in front of her at the American Airlines customer service desk, she decided to take to Twitter. She got out her phone, went to her Twitter app, and sent the airline a direct message about her dilemma.

Within two minutes, she got back a response, “What’s your record locator?” Three minutes after that, she was booked on a new flight.

“Shout out to @AmericanAir for the fastest customer service I’ve ever received,” she tweeted out shortly afterward.

Social media staffers said there are lots of things they can do that their colleagues on the phone can’t, like send passengers a link so they can track checked bags or solve any problems from start to finish without transferring them to another department.

And they said that they try to respond to every tweet directed at them. Even the nasty ones.

“A lot of people come here to vent,” said Zachary Greiner, 22, a social media customer experiences representative. “Its hard, but you can’t take it personally.”

His remedy for irate customers? An apology. “A lot of time people just want someone to take responsibility for a mistake,” he said.

Ms. Stines, who has worked for American Airlines for 22 years, said she can even surprise herself. Recently, her Twitter feed was flooded with images of long lines at the TSA check in at St. Thomas, and many people were missing flights. She tipped off an airline manager who sent a plane down to the island and get travelers home.

Ordering up a new plane? “I didn’t know I could do that.”