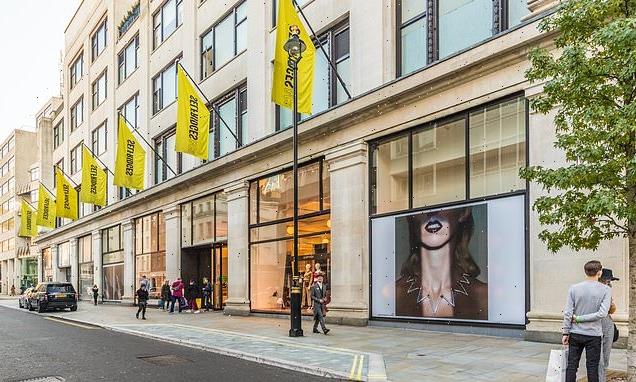 Uber’s 2021 trends: Selfridges was Europe’s most visited destination, bananas the UK’s most popular grocery item and Pinot Grigio the No.1 tipple (and one rider took 2,705 trips)

In 2021, London was Europe’s top city for tourist and commuter trips by Uber and Selfridges on the UK capital’s Oxford Street was the most visited destination in Europe for users of the ride-hailing company.

Data released by Uber revealed that the department store registered more than half a million rides, beating the Arc de Triomphe, Louvre and Eiffel Tower in Paris.

The London Eye was the second most popular UK tourist destination for Uber passengers, with Buckingham Palace third. 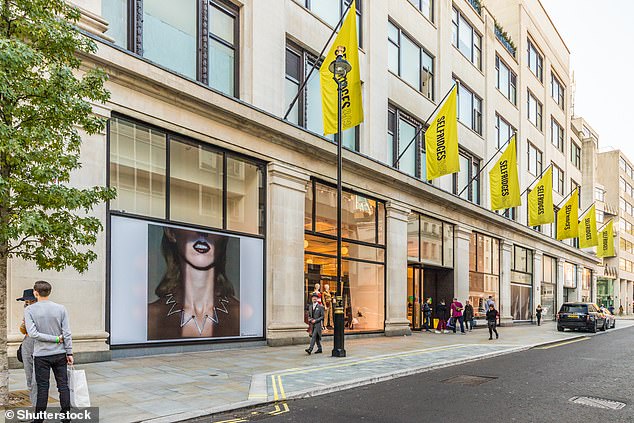 London clubbing institution Fabric was the most visited night-time venue in Europe, with revellers making over a quarter of a million trips there since January, according to Uber.

Ministry of Sound also proved popular, with almost 200,000 trips throughout the year, ‘helping to make London the clubbing capital of Europe’.

London also saw the highest number of commuter journeys in Europe as workers returned to their offices.

Broadgate Circle ‘was the hotspot for office workers’, while The Bank of England and Canary Wharf Tower all saw over a quarter of a million trips throughout the course of the year.

As the UK opened up, the trend for home delivery remained despite the end of lockdown, Uber said, with Uber Eats orders proving more popular than in 2020.

New additions to the app – including the expansion of groceries from supermarkets and convenience stores – saw couriers travel 15,046,462.73 miles, Uber said, equivalent to 604 trips around the world or 31 trips to the moon and back.

The UK’s most popular grocery items were bananas, with more than a quarter of a million bunches sold.

Flowers and kale topped the list of the fastest-growing items, with seaweed and bone broth making the top ten.

For those who’d forgotten something to drink – or simply to brace themselves for the day’s press conference – alcohol orders proved most popular between 7pm and 8pm. Pinot Grigio wine topped the list of most popular tipples ordered through Uber Eats, followed by Prosecco, lager, vodka, Sauvignon Blanc and Merlot. 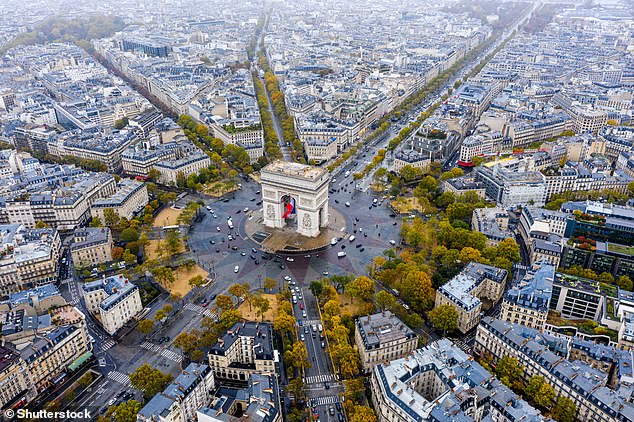 Uber further revealed: ‘While some might believe a majority of grocery orders come from hungover millennials wanting sweet treats, the average grocery basket balanced staple items and healthy ingredients, with cucumbers the third most ordered item – behind bananas and milk but ahead of white bread. Lettuce, mushroom and peppers made the top ten, while strawberries also delighted shoppers getting behind Emma Raducanu at Wimbledon.’

Belfast was the city with the highest rider ratings for the second year in a row, with polite passengers earning an average of well over 4.9 out of five. Brighton and Cambridge made up the top three.

Uber can thank one rider on the South Coast in particular for a boost to its coffers – they took 2,705 trips in 2021, while a London-based driver completed an astonishing 11,883 journeys.

The biggest uplift in airport trips was seen in Leeds, booming 364 per cent over the summer. 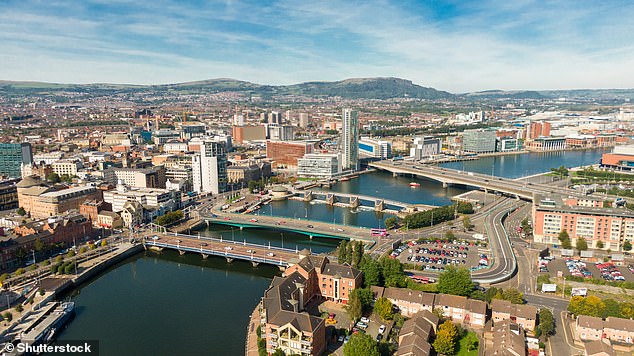 Belfast was the city with the highest Uber rider ratings for the second year in a row, with polite passengers earning an average of well over 4.9 out of five

Jamie Heywood, Uber’s Regional General Manager for Northern and Eastern Europe said: ‘When the UK opened up out of lockdown, for millions of people Uber became the go-to app for travelling safely, whether that meant a trip to the airport, heading to the shops, commuting to an important meeting or hitting the town. People in the UK rushed to support the retail, hospitality and tourism industries as soon as they could. Uber has had the honour of delivering riders back to the places and people they love.’

Matthew Price, General Manager, Uber Eats, said: ‘During lockdown we saw orders boom on Uber Eats as people sought to recreate the restaurant experience at home. Since the hospitality sector opened back up, the way people used the app continued to evolve and grow. The year 2021 saw huge growth in grocery orders arriving in 30 minutes that make people’s lives easier.’

According to the Uber Eats’ first Impact Report – authored by policy, research, opinion and strategy consultancy Public First – the delivery app contributed £3.2billion to the UK economy in 2020, as well as creating £68million in additional income for couriers.

One third of the couriers who signed up to deliver with the app during the pandemic had either lost their job, been furloughed or had their working hours reduced.

Uber said: ‘In a sign that the app acts as an effective “shop window” for local restaurants, the eateries surveyed reported an estimated 145 per cent increase on the previous year’s delivery takings. In fact, two-fifths of restaurant owners who responded said they would have closed during the pandemic if it wasn’t for the revenue generated by food delivery platforms.’

However, some restaurants have previously criticised ‘aggregators’ such as Uber Eats and Deliveroo for the commission they charge, which can be up to 35 per cent, though individual deals can be hammered out.

Rahul Sharma, Director at The Regency Club in London, revealed in December 2020 to MailOnline Travel what his restaurant would end up with after using Uber.

Uber collects £11.50 from the customer and the restaurant gets £14 revenue from Uber.

On top of this are costs – £.3.40 VAT for the whole order, and £8 operating and fixed costs (ingredients, labour, restaurant rent and utilities and so on), leaving £2.60 gross profit.

Uber Eats, in a statement at the time, said: ‘We are committed to supporting restaurants and the thousands of people who rely on them for work and as an essential service during this difficult time. At the beginning of the crisis, we put in place a range of initiatives to help restaurant partners, particularly small business owners, as they keep their kitchens firing to feed people across the country.’