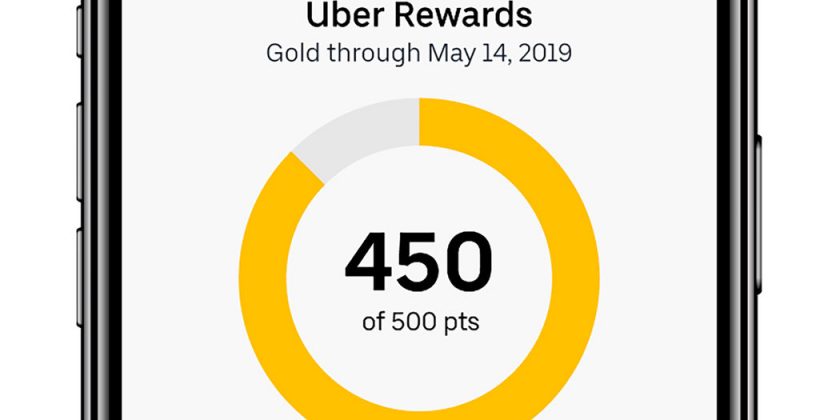 Uber, the ride-hailing service that sees 15 million ride bookings worldwide per day, is launching a loyalty program called Uber Rewards for its customers on Wednesday. Lyft, its biggest competitor, announced earlier this week that it would start its own loyalty program in December. The programs come at a time when a growing number of ride-hailing apps, which also include Via and Gett, are fiercely battling for business.

Henry Harteveldt, a travel industry analyst and the founder of Atmosphere Research Group said that Uber’s program was the most extensive yet. “There’s nothing like it out there that I’m aware of,” he said. “But, it’s a good way for Uber to retain more customers as the market gets increasingly competitive.”

Here’s what you need to know about Uber Rewards.

How does the Uber program work?

Membership is free. Similar to tiers in an airline loyalty program, Uber Rewards has four tiers: Blue, Gold, Platinum and Diamond. At the program’s launch, the level at which riders are enrolled is determined by a point system based on how much money they have spent on Uber rides and Uber Eats, the company’s food delivery offshoot, over the past six months. If it’s less than 500 points, they will be enrolled at the Blue level. Customers who’ve spent between 500 and 2,499 points become Gold members; 2,500 to 7,499 points equals Platinum; while 7,500 and above earns Diamond status.

How do riders earn points and move up through the tiers? 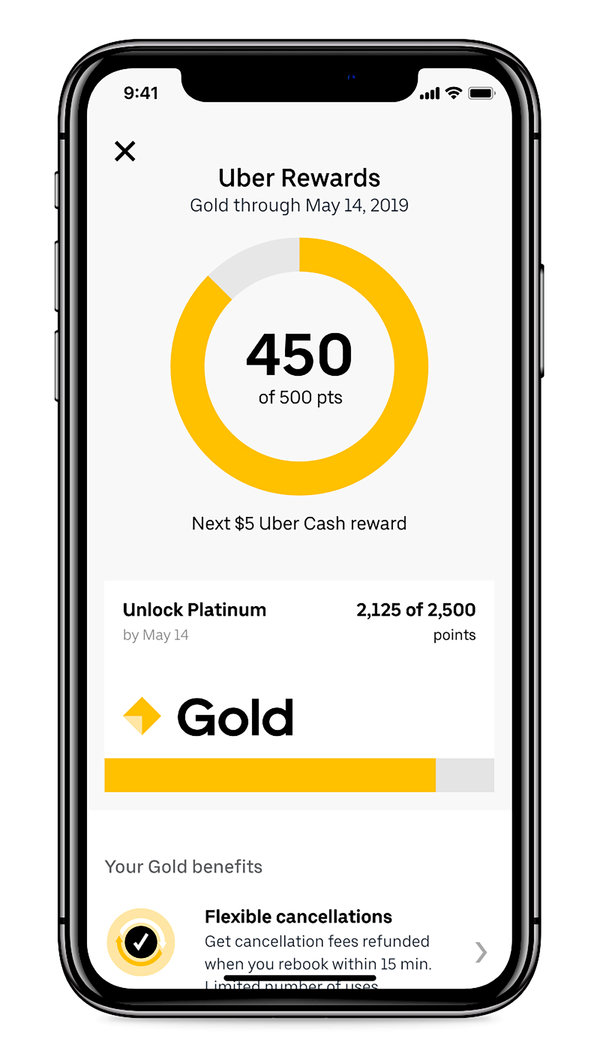 What are the benefits?

Uber users will get a $5 credit for every 500 points they earn, no matter their membership level. They can use this credit for Uber rides or on Uber Eats.

Once they have reached Gold status, they can cancel and rebook an Uber ride within 15 minutes and get a refund of the cancellation fee. They will also get priority support through the app from ride sharing and Eats agents. “While it’s hard to quantify by how much, Gold members will get a faster response than nonmembers or those with Blue status,” said Manik Gupta, the company’s vice president of product management.

Platinum members also get protected against surge pricing on one ride of their choosing. If there’s bad weather, for example, and rides are in high demand, or a rider is traveling during a peak time when traffic is heavy, they won’t pay the surge price fare. “You’ll pay the standard rate for what that ride would cost outside of the surge period,” Mr. Gupta said. Platinum members also get priority pickup at airports.

Top tier Diamond members get dedicated 24-hour phone support from the company’s most experienced agents and occasional free upgrades to premium rides — say, to an UberBlack when they have reserved UberX. At this level, they can also opt to use the app’s UberX Diamond feature, which gives access to top-rated drivers. And, they will pay no delivery fee on three Uber Eats orders every six months (this fee ranges between $3 and $10, depending on the city).

Who is eligible to join?

For now, the program is offered to customers in only nine locations in the United States: Miami, Denver, Tampa, Fla., Washington, D.C., Philadelphia, Atlanta, San Diego, New Jersey and the New York City metro area. These locations include some of Uber’s biggest domestic markets as well as some of its midsize ones, Mr. Gupta said.

Uber Rewards will roll out to other cities domestically over the next several months and will eventually be offered worldwide.

Customers in the nine cities can join through Uber’s app — there is an icon for the program under the “Menu” tab.

How can members maintain their status?

By booking rides, of course. Beyond the Blue status, which all members can get, riders can keep their current status level for six months. If during that time period they don’t spend enough, they can drop down the tiers. For example, a Gold member would need to earn 500 to 2,499 points over six months to maintain that level for the following six months.

What about Lyft’s program?

Lyft Rewards will launch in December, but the company did not reveal many details. Lyft riders will earn points for every dollar they spend and can earn rewards like discounts on future rides and upgrades to more expensive cars. According to a company news release, the program will be available “to select riders in various cities."

That program will join Lyft’s Business Rewards program earlier this year, which gives customers who use the service for business a $5 credit on their personal accounts after they book five rides that cost $10 or more through a business account.

Lyft also has partnerships with Delta and JetBlue: customers can earn a mile with Delta for every dollar they spend on Lyft and earn bonus miles for airport rides. With JetBlue’s partnership, customers earn 30 miles toward the airline’s loyalty program, TrueBlue, for each airport ride.