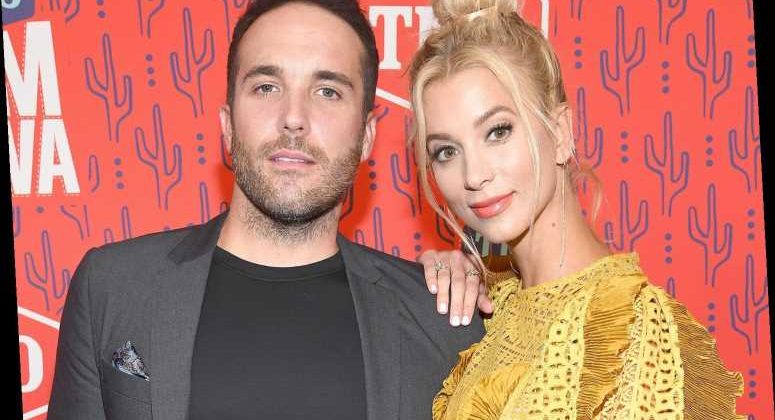 Just over three months following the release of his debut album Two Thousand Miles and just one week before Christmas, country hitmaker Tyler Rich got in his car and drove 2,500 miles cross country alongside his actress wife Sabina Gadecki — and their two senior huskies Abby and Max — in order to spend the holidays with family on the east coast.

They also brought some songs to sing during their ride to pass the time.

"Every one of Ty's songs connect to my heart," the L.A.'s Finest actress, 37, tells PEOPLE in a recent interview. "I know what inspired it and I know what every single word of every single one of his songs mean. I'm just so incredibly proud of him and his music."

Indeed, much of the music included on Two Thousand Miles was directly or indirectly inspired by Gadecki, from the giddiness of songs such as "Leave Her Wild" to the heartwarming "Real Love" and the gold-certified "The Difference."

But it's the sad songs that hit home for both of them.

"Some of the best songs I have ever written was when I was super sad," explains Rich, 34, who wrote eight out of the 11 addictive tracks on Two Thousand Miles. "But when you are happy and in love and have a great marriage, you can end up starting to write just happy songs. But life isn't always happy."

"I went through hell and back before I met Tyler," laughs Gadecki, who first met Rich at Stagecoach back in 2016 and then married him in 2019. "I told him from the very beginning that he was welcome to write my stories. And he did. And I hope he continues to do so because I have stories to tell."

Indeed, 2020 has been a year tinged with bittersweet stories.

Not only was Rich's first headline tour completely curtailed due to the ongoing pandemic, but the couple have also been dealing with the devastating news that Sabina's older brother Stefan, 43, is battling stage four brain cancer.

"I try every single day that I wake up to see the blessing of every moment and the silver lining of it all, but it's so hard," recounts Gadecki tearfully. "It was just so sudden. My brother had been having trouble smelling for two years, and he went to several docs, but no one found anything. He just continued having these symptoms come up involving his sense of smell and taste. Finally, he went to an ENT who told him he had horrible polyps and that he would need to have surgery."

But then COVID-19 hit, and the surgery date kept getting pushed. In July of this year, Stefan, his wife Caitlin and their two daughters, ages 8 and 5, were on vacation in Cape Cod when they made the now pivotal decision to come back a day early. After arriving home, Stefan suffered a devastating seizure, and doctors soon gave him an equally devastating diagnosis.

He had a grade IV glioblastoma.

Stefan "had a brain tumor the size of a large lemon," an emotional Gadecki tells PEOPLE. "They were able to remove most of the tumor in August, but he has had to undergo chemo and radiation to slow down the regrowth of the tumor. And he's going to have to continue to undergo chemo all next year. It's tough to see the changes in him, but he's ready to fight."

And so, for the next month, Rich and Gadecki will spend time with her family in western Massachusetts, feeling thankful that they can both continue to work virtually.

"The fans have been absolutely incredible," Rich says. "When they heard about Stefan, one of my fan groups got together and raised a ton of money for him and his family. I actually got on Zoom to thank them. The outpouring of love has been incredible."

"Social media is really what you make of it," adds Gadecki. "I feel lucky to have the beautiful community that Tyler and I have built together. At first, I was hesitant to share my brother's story. But Tyler and I have decided to use social media to show all of the real-life moments, and because of that, I think we are able to connect with people together better."

She adds, quietly, "You just don't know the time we have with anyone in this world. My brother is so incredibly strong. He makes my bad days just look silly."

But on those bad days, Gadecki turns to the man who turned her world around.

"When you go through something like this, you can have days where you have this positive light and you are optimistic and happy, and then other days it just hits you like a ton of bricks," admits Gadecki. "Tyler is one of the most positive people I know and I'm so glad he is here to go through all of this with me."

Donations in support of Gadecki's brother Stefan and his ongoing treatments can be made through GoFundMe here.