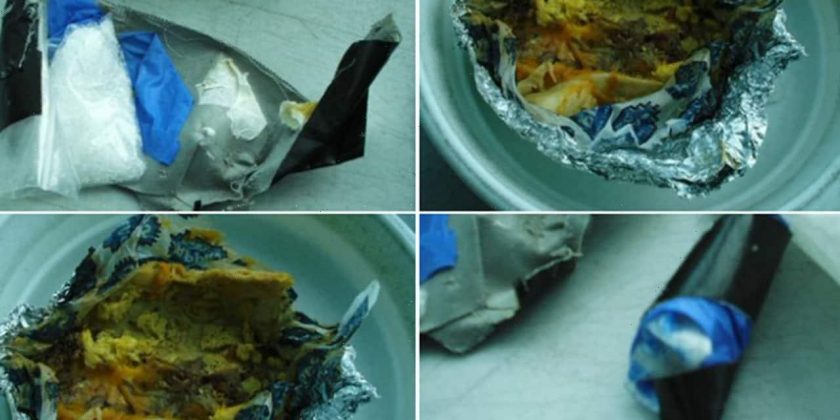 When it comes to burritos, there are a lot of things that can go inside of them. Some of full of rice, others have scrambled eggs, others full of meat. When going to the airport, however, don’t fill burritos with illegal drugs.

The TSA shared images of the illegal burrito on its Twitter page, confirming that meth had been found inside of a breakfast burrito at the William P. Hobby Airport in Houston.

According to a press release from the TSA, the incident occurred on April 2 when a screening agent noticed an unidentifiable lump in the burrito as it was being brought through security by a traveler. When the item was inspected, the illegal substance inside was discovered.

The Houston Police Department was called to the scene, where they determined that the substance was meth.

TSA Federal Security Director at HOU Hector Vela said, “I commend the actions of our TSOs and supervisory TSO who noticed something wasn’t quite right and for acting on their instincts. Their attention to detail and follow-up response led to the discovery of crystal meth, a dangerous and illegal substance,” said TSA Federal Security Director at HOU Hector Vela. “Airport security checkpoints in Houston and across Texas are seeing significant increases in the number of departing travelers. Despite these increases, TSA continues to focus on its core security mission to keep travelers safe and secure.”

“We sincerely thank all of our Houston Airports local and federal partners who work tirelessly every day to interdict dangerous contraband from entering or leaving our community,” said Houston Airports Chief of Operations Steven Hennigan. “In this case, TSA officers’ training, awareness and heroic actions, we believe, saved precious lives.”