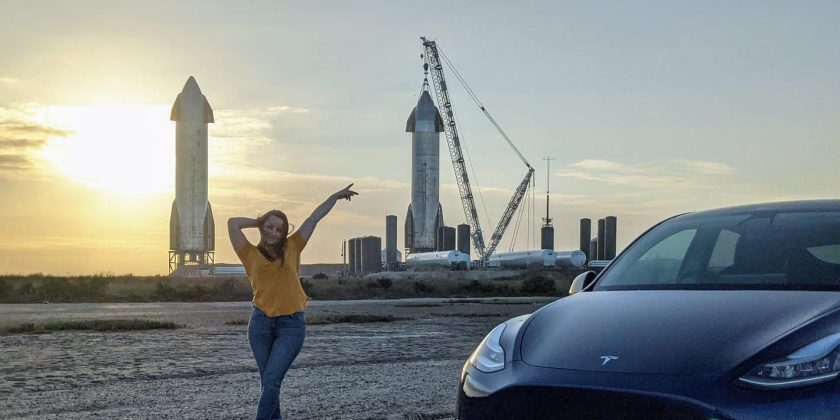 Joanna Ramirez was worried about her trip to Denver in December when she couldn’t find a rental car large enough to fit her family of five and their luggage.

“Since it was over Christmas, none of the … regular standard car rentals had availability for the size that I needed,” she said. “We were getting ready to break up our family … and take two separate Ubers to everything.”

But a Google search introduced Ramirez to another option: car-sharing platform Avail.

Think of it as the Airbnb of cars. Travelers drop off their car with Avail at the airport before they fly out and have the opportunity to make money while they’re gone by sharing it with other travelers.

The company, as well as other peer-to-peer car-sharing platforms like Turo and Getaround, says business has picked up in recent months as American travel resumes and rental car shortages force customers to look for alternative options.

It’s been a hit with some travelers. Ramirez, who has used both Turo and Avail, plans to check out listings on the platforms when planning future trips and persuaded her parents to use Turo on their trip to Hawaii this month.

Car rentals delivered to your door? Uber Rent looks to shake up the rental car industry.

How does car sharing work?

Avail, which is owned by insurance company Allstate, launched in 15 U.S. airports so far and focuses on travelers as its main source of hosts and renters.

Once a host registers an account online and drops off their car at an airport parking structure, Avail staff inspect the vehicle, secure the host’s personal belongings and clean and sanitize the vehicle.

Cars rented through Avail must meet certain qualifications, like being no older than a 2011 model with less than 125,000 miles.

If the car is rented out, the vehicle is protected by Allstate insurance, and the owner can typically make $25 to $35 per day. If it sits idle during the host’s trip, they still get free parking and a clean car.

Getaround and Turo have a similar business structure but focus on more than just travelers at airports.

The Getaround platform lets users rent out their vehicle to travelers. (Photo: Getaround)

With Turo, users looking to rent, first create an account and have their identity and eligibility confirmed. Then, once they’ve selected their vehicle, they typically meet the car owner to pick up the vehicle, although many car owners offer delivery.

After inspecting the car, Turo renters show proof of license, get handed the keys and drive off. The platform is available in more than 5,500 cities in the U.S., Canada and U.K.

Renters who use Getaround sign up online and become verified after uploading their driver’s license. Then, once they select a vehicle, they can pick it up at its home location and unlock the car using a mobile app. The rentals are available in more than 300 U.S. cities.

There is no membership fee for either platform.

Turo and Getaround have hosts that use the platforms as a regular side business, purchasing multiple vehicles and using the apps to rent them out. Renters typically include travelers, as well as people looking to run errands or test out a specific car model before making a purchase.

The Turo app lets users rent out their car to travelers. (Photo: Turo)

Rental car shortage is a boon for car-sharing companies

While the rental car shortage has caused frustrations for many travelers, it’s been a boon for car-sharing platforms.

Avail’s booking volume has grown more than 150% year to date, with vehicle listings more than doubling between March 2020 and March 2021. The company has focused on keeping pricing competitive throughout the shortage and typically targets 25% below the rate of a vehicle offered by traditional rental car companies.

Avail lets car owners rent out their vehicle while they're traveling. (Photo: Avail)

Pat Notti, vice president of marketplace and operations for Getaround, said the car-sharing platform has “definitely” seen an uptick in demand but declined to share specific figures.

Webb said Turo hosts “can’t add cars fast enough” andbelieves the rental car shortage could last another six to 18 months – giving Turo and other car-sharing platforms plenty of time to set themselves up as an alternative option for travelers.

Renters are “finding much more affordable vehicles because the traditional car rental companies are supply-constrained and raising the prices on the vehicles they do have,” he said.

The average rental car rates across the U.S. in May were about 30% higher than rates from May 2019, according to Cheapcarrental.net. Honolulu is one destination that has seen prices skyrocket in recent months as the travel industry picks up: the average weekly rate in May was $705, more than three times the average rate of $214 in August 2020, according to the website.

But there are some downsides to car sharing for travelers. While car rental agencies are readily available with locations within airports across the country, vehicles from car-sharing platforms can be harder to access since not all car sharers are on-site or offer delivery, according to Hamzah Mazari, an analyst with investment banking company Jefferies.

“We view car sharing as more of an alternative to owning a car, (while) renting cars is much more driven by travel demand than car sharing,” he said in an email.

A successful side gig

Tatiana Pisarski said business as a Turo host has been picking up steam this year. The Charlotte, North Carolina resident went from renting out her cars 50 times in 2019 to more than 80 times in the past six months alone.

Pisarski and her husband, Michael, rent out Tesla vehicles on the car-sharing platform. The two started off sharing their Tesla Model X in 2017 and purchased a second Tesla last year solely for their Turo business.

Pisarski’s clients tend to be a mix of travelers and people interested in test driving a Tesla before making the plunge on purchasing one themselves. With the car rentals bringing in an average of $150 per day, the two are looking to add another car to their fleet this year.

“Business has been successful,” she said. “If it keeps growing, potentially, we could look at either us doing it full time or hiring people who can manage the cars.”