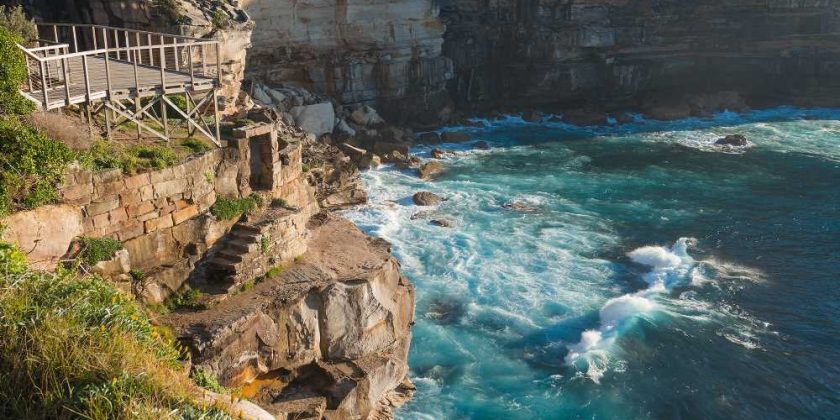 Tourists are taking extreme measures for the perfect Instagram photo, despite numerous warnings and a deadly accident less than two weeks ago.

A 27-year-old woman whose identity has not been released fell to her death off the edge of a scenic cliff near Sydney, Australia, on August 17 at 11:20 a.m. She was trying to take a photo near the edge, according to numerous Australian outlets including News 7.

Just hours later, several photos of tourists visiting the same spot — which is accessible by jumping over a wire fence clearly marked with warning signs — surfaced on social media.

Bondi Beach locals acknowledged the dangerous trend on Facebook, according to the local news outlet. One user shared: “I see people climbing over it [the fence] all the time and my heart skips a beat.”

While another agreed, “This poor poor girl made a horrendous error of judgement … all in the name of a photo that could have been taken behind the fence.”

“There is an ongoing and justifiable concern that visitors are irresponsibly endangering themselves and others by crossing over fencing and boundary lines and positioning themselves on the cliff ledge,” a motion by the Waverly Council noted in June.

WATCH THIS: Kylie Jenner Claps Back at Influencer Amanda Ensing Who Accuses the Star of Copying Her Instagram

A 2018 study published in the Journal of Family Medicine and Primary Care reported that more than 250 people died while taking selfies from October 2011 to November 2017.

“The selfie deaths have become a major public health problem,” the study’s lead author, Agam Bansal, told The Washington Post. “If you’re just standing, simply taking it with a celebrity or something, that’s not harmful. But if that selfie is accompanied with risky behavior then that’s what makes the selfies dangerous.”

Recent non-deadly incidents, include Instagram influencers visiting a bright blue lake in Russia that is actually a pool of toxic waste and a vlogger who had the octopus she was trying to eat latch on to her face.