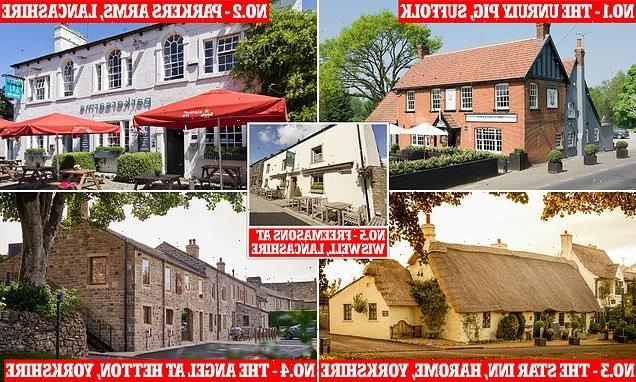 Top 50 gastropubs in the UK for 2022 named – and they’re ALL in England and Wales: ‘The Unruly Pig’ in Suffolk is No.1 and Lancashire and Yorkshire inns complete the top five

The best gastropubs in the UK for 2022 have been named – and The Unruly Pig in Suffolk has claimed the No.1 spot.

The accolade was bestowed upon the inn by the prestigious Estrella Damm Top 50 Gastropubs Awards at a ceremony in Manchester, with the ranking’s top five completed by Parkers Arms, Lancashire (second); The Star Inn, Harome, Yorkshire (third), which suffered a serious fire in November; The Angel At Hetton, Yorkshire (fourth) and Freemasons At Wiswell, Lancashire (fifth).

The Top 50 Gastropubs Awards, now in its 13th year, actually produces a top 100 list, and some may be surprised to learn that Scotland’s highest entry comes 56th – Edinburgh’s The Scran and Scallie. The top 50, presented at the Escape to Freight Island venue, is made up of gastropubs located in England and Wales. 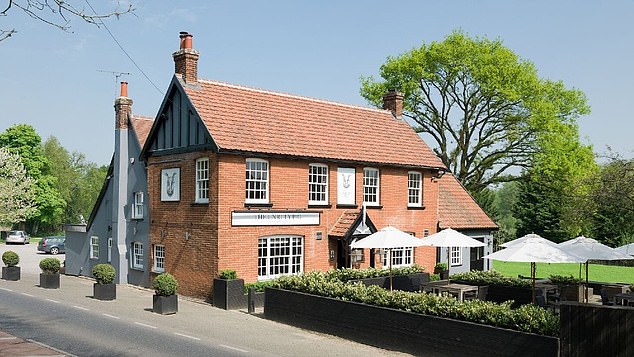 The best gastropubs in the UK for 2022 have been named – and The Unruly Pig in Suffolk (pictured) has claimed the No.1 spot 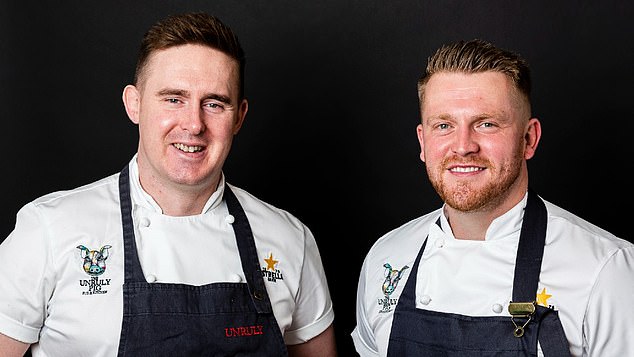 The Unruly Pig is one of five East Anglian pubs in the top 50, more than ever before. There are ten in the Southwest, five in the Northwest, four in the West Midlands and Wales, 18 in the Southeast and London – and six in Yorkshire alone.

The awards said that The Unruly Pig is described as ‘winsome, warm and witty’, and that head chef Dave Wall ‘prides himself on his locally sourced, unfussy, seasonal menus whilst owner Brendan Padfield believes the pub’s atmosphere reflects his own personality, being a bit of a maverick’.

Brendan said: ‘For any UK gastropub, this list is the “gold standard”. It’s the business. To be a part of such a prestigious group is a huge honour and a very real privilege. 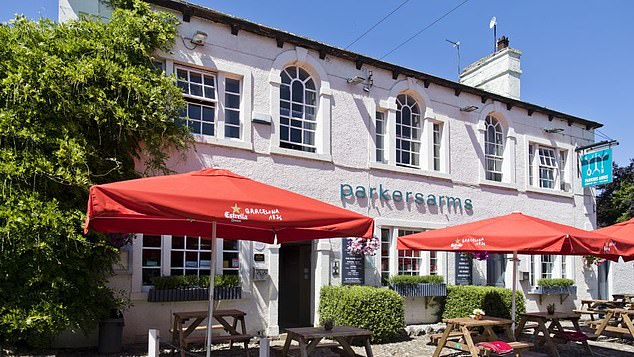 The Parkers Arms in Clitheroe, Lancashire, claimes the No.2 spot on the Estrella Damm Top 50 Gastropubs ranking for 2022 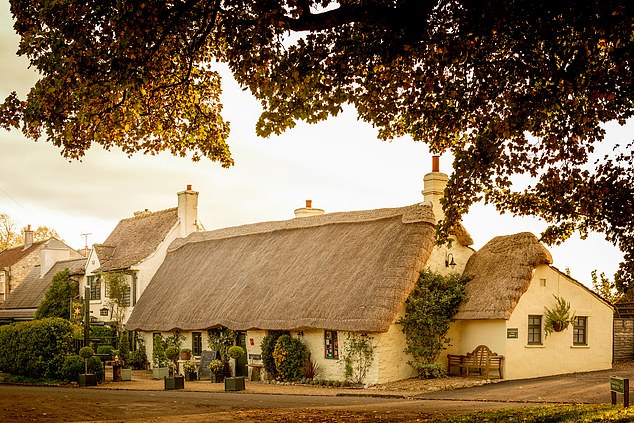 The Star Inn in Harome, Yorkshire, comes third in the Top 50 Gastropub ranking

‘There are some very famous chefs and talented operators here… and for us to be a small part of this amazing list means so very much to all our team.

‘They can rightly hold their heads up proud yet again as our listing is because of their dedication, loyalty and sheer hard graft.’

This year there are 10 new entries on the list, with the Highest New Entry revealed as Adam Handling’s The Loch and The Tyne (27th), in Windsor.

Adam’s take on the traditional pub menu ‘showcases the best of British produce’, according to an awards statement, ‘with a huge emphasis on sustainable practices, and [it] features ingredients on the menu from its own vegetable garden and orchard’.

It added: ‘He is passionate about the best quality British ingredients and bringing their true flavour to life.’

Adam said: ‘I’m so happy and proud that our little pub with guest bedrooms has made it in to the Top 50. This is our first time opening a pub and it’s been great fun to adopt our restaurant style into a super-informal setting.

‘Co-chef proprietors Steven and Jonny have worked for me for 13 years and have always wanted a pub, so to give them an opportunity to run one and for it to go straight into the Top 50 is bloody fantastic.’

4. The Angel at Hetton, Hetton

19. The Broad Chare, Newcastle Upon Tyne

23. The Pipe and Glass, Beverley

26. The White Swan at Fence, Fence

27. The Loch and The Tyne, Old Windsor

45. The Dog at Wingham, Wingham

52. The Miller of Mansfield, Reading

56. The Scran and Scallie, Edinburgh

60. The Greyhound on the Test, Stockbridge

78. The Thomas Lord, Near Petersfield

84. The Hare Inn, Near Hemsley

89. The Angel at Watlington, King’s Lynn

92. The Pig and Butcher, London

98. The Stag and Hounds, Burrough on the Hill 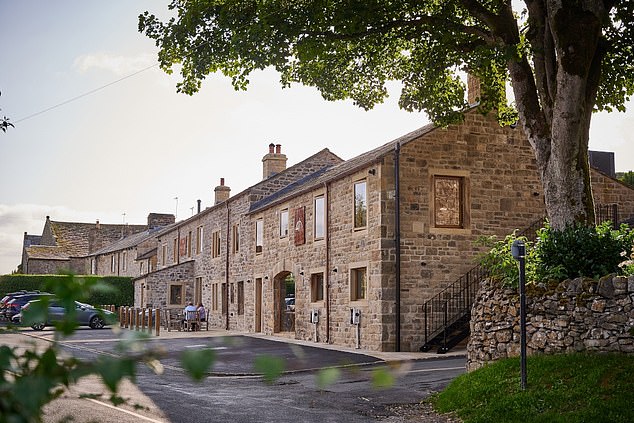 The Angel At Hetton, Yorkshire, comes fourth in the ranking 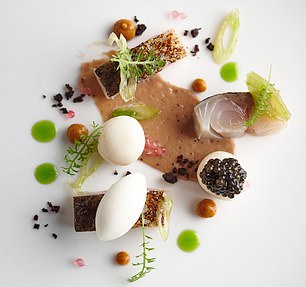 New for 2022, Sally Abe’s The Blue Boar in central London was voted One to Watch by the judges for its menu reflecting ‘the very best of British pub dining’, whilst Dylans The Kings Arms in St Albans won Front of House team of the year and The Princess of Shoreditch in East London, headed up by Great British Menu’s Ruth Hansom, earned Newcomer of the Year.

Top 50 Gastropubs Publisher Chris Lowe said: ‘After a tough two years for the hospitality industry, we are thrilled to see such a strong list of contenders this year, including a new number one and several new entrants.

‘The Top 50 Gastropubs provides a platform for food-lovers to explore the very best offerings across the UK. We are delighted to host this year’s event in Manchester for the first time, highlighting the range of talent across the UK. I’m incredibly delighted for Brendan and everyone at The Unruly Pig to get the No.1 spot.’ 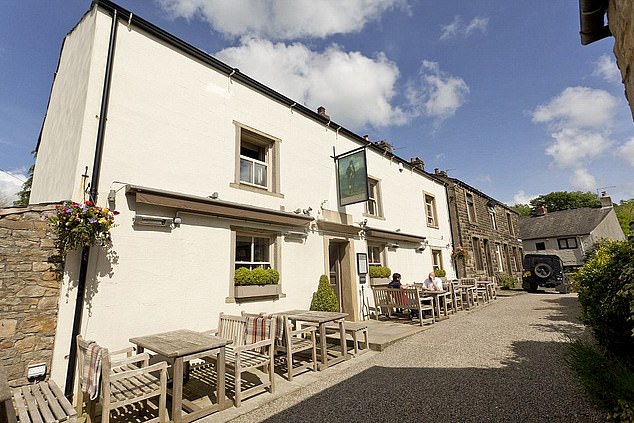 Freemasons At Wiswell, Lancashire, completes the top five in the Top 50 Gastropub 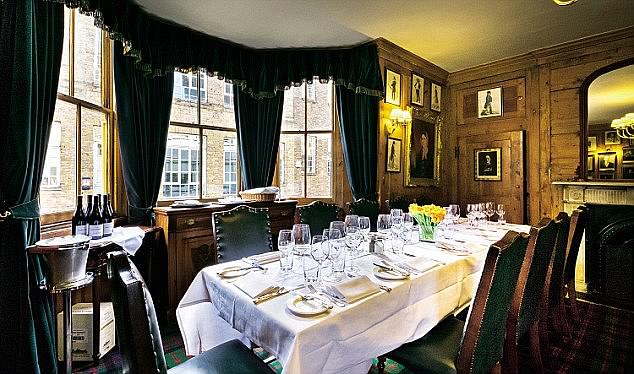 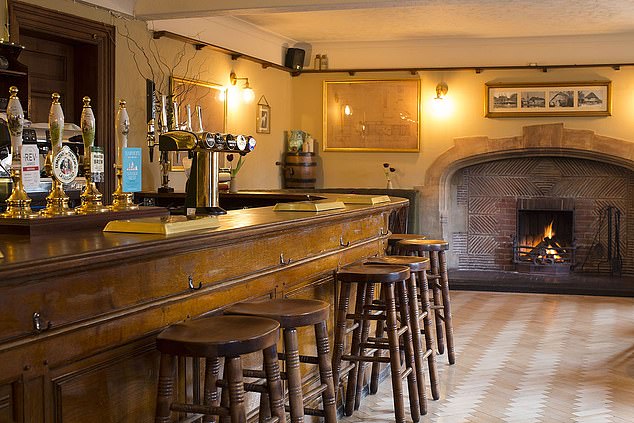 The Fordwich Arms, Canterbury, comes eighth in the ranking 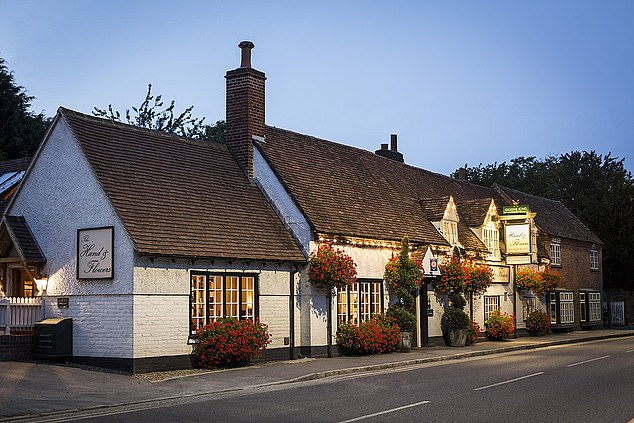 Two-Michelin-starred The Hand & Flowers, Marlow, comes 10th on the list 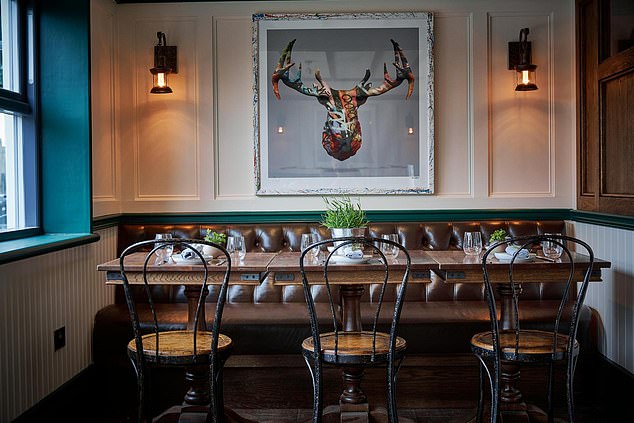 This year there are 10 new entries on the list, with the Highest New Entry revealed as Adam Handling’s The Loch and The Tyne (27th), in Windsor (pictured) 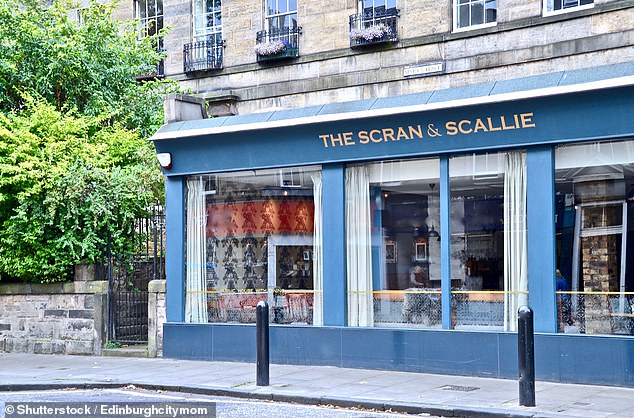 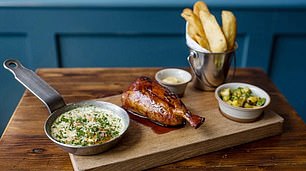 One of the hearty dishes on offer at The Scran & Scallie

James Healey, UK Country Manager for sponsor Estrella Damm, said: ‘As the authentic premium beer of Barcelona, Estrella Damm is proud to continue to support the UK’s gastropubs. This is the seventh year that we have sponsored the Estrella Damm Top 50 Gastropub Awards, an awards ceremony that celebrates high calibre ingredients, culinary excellence and innovation, qualities that are also shared by Estrella Damm. We want to extend our congratulations to all 50 gastropubs on the list and hope more pub-goers are lucky enough to experience their talent in 2022.’

The Top 50 Gastropubs list ranks the UK’s best gastropubs according to votes from more than 400 gastropub owners, food critics and other industry experts.