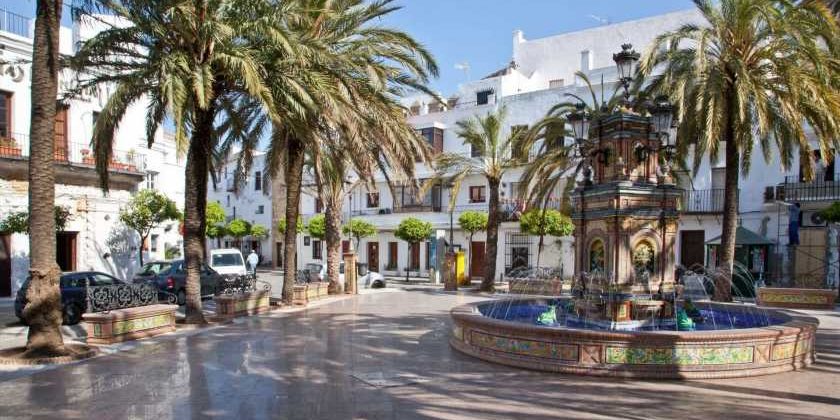 Hannah Keegan is the deputy features editor at Stylist magazine. You can find her on twitter at @hannahkeegan.

From enjoying traditional Andalusian food to hiking across the cliffs of the lush La Breña y Marismas de Barbate natural park, Andalucia is a destination worth adding to your travel list.

If you are anything like me, then your post-pandemic travel list has consisted not of far-flung destinations but instead the places you’ve been dying to return to: for me, Greek islands I can never get enough of and the French capital I lived in for a while as a student.

In short, I’ve favoured familiarity over visiting somewhere new. It’s only watching the sun baking down on the elegant white-washed village of Vejer de la Frontera, in the Cadiz province of Spain, somewhere I’m certain I wouldn’t have stumbled upon on my own, that I consider my approach has been a bit misguided.

I’m here as a guest of James Stuart, a Scottish hotelier and restaurateur who arrived in this sleepy village over 30 years ago, surfboard under arm, and slowly built up a portfolio of five restaurants and four hotels, and with it a tourist base for the village.

Back then, Vejer was an entirely undiscovered gem, cheap and close to the beach for surfers and those seeking a slower pace of life. It attracted hippyish van lifers (before Instagram made it cool) and locals passing through. Now, its narrow – and I mean narrow – winding streets are filled with artisan shops (think hand-woven baskets, locally made clothes and jewellery), eateries and bars. It has a magic maze-like feel to it.

Beyond these new offerings, it’s an area steeped in history – an afternoon wandering the cobbled streets will lead you down a Google rabbit hole of discoveries.

Dotted about are intriguing statues and paintings of the cobijada, women cloaked head-to-toe in a black veil revealing just the right eye, which was the traditional dress of women in the area for centuries until it was deemed as a weapon-smuggling risk and banned during the civil war. Today, it’s celebrated during local festivities. Iglesia del Divino Salvador, the main church and a former mosque, is mesmerising.

I’m staying at Stuart’s latest addition to his hotel roster: Plaza 18. With just six rooms, a grand chequered-tiled entrance leading to a tasteful, cosy lounge, it feels more like a Parisian home than a hotel. Its interiors are the work of British designer Nicky Dobree, who is best known for her luxury ski chalets, and it’s filled with her personal collection of art: Picasso lithographs in the lounge and a cheery dog in my room by collagist Peter Clark. If you’re staying here, you get access to a private terrace which overlooks the village (and its incredible sunsets) and the lounge which comes equipped with teas, coffee and a well-stocked bar.

If you’d prefer to stay somewhere more infused with the local style, then I’d recommend La Casa del Califa, which is just next door. The 20 rooms vary from a small double to a sprawling loft and are similarly art-filled and enchanting, only here the influence is very much North African: golden lanterns, intricate rugs, pearl-encrusted chest of drawers. Morocco, after all, is just a short ferry ride away from Gibraltar, which is also the closest airport.

There is plenty to do here, especially if you like an active holiday. One day, we take e-mountain bikes and tackle a section of the new EuroVelo track, taking in views of vast green woodland, while another morning we hike across the cliffs of the lush La Breña y Marismas del Barbate Natural Park.

And then there’s the food. Stuart and his wife, restaurateur Ellie Cormié, are proper foodies and it’s not long before the group I’m with learns to take their lead on what to order. The main restaurant at La Casa, Jardín del Califa, is Moroccan-inspired and delicious, while other spots in town include Correda 55 for Mediterranean dishes using top-notch ingredients cooked by an all-female team (try the organic Retino beef burger followed by the cloud-like cheesecake) and Fez cafe for more Moroccan delights.

If you want to really get into the spirit of traditional Andalusian food, then an afternoon at one of Annie B’s cookery workshops is a must. With the help of Pepi, who works with Annie, and Nawal, a chef at one of Stuart’s restaurants, we rustle up a chilled white garlic and almond gazpacho and airy sticky orange and lemon cake.

The final thing you have to do before you leave is stop off at the newly opened hammam in the village, a dimly lit, pristinely outfitted haven of calm to unwind in after a long, hard day of eating. But remember, like all good secrets, just don’t tell anyone about it.