THERE is something strange about a late-night landing at an exotic airport.

Wearily collecting your case from the carousel, you feel tired and thrown as you walk into arrivals. Then the heat — and magic — hits. 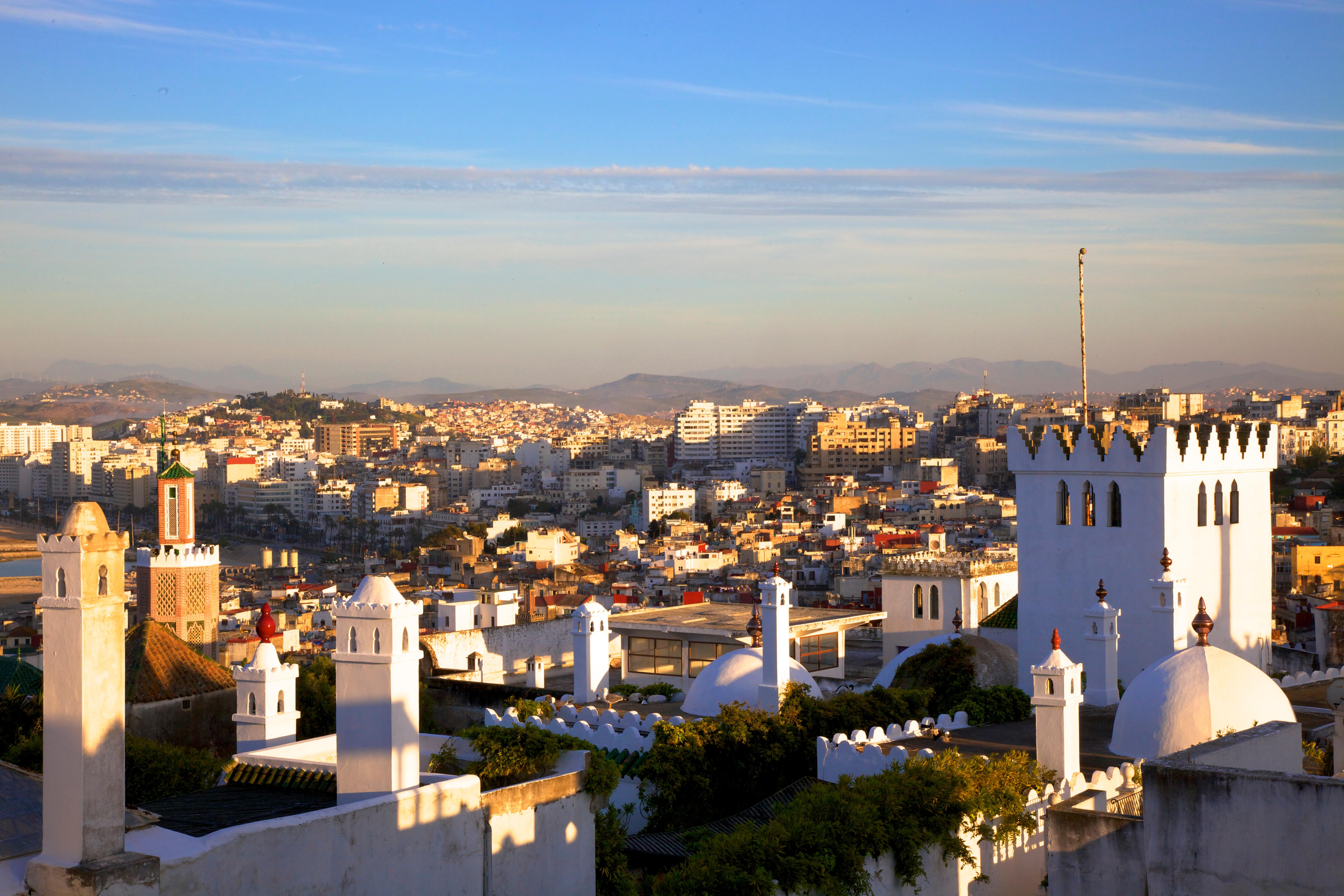 As a tourist destination, Morocco’s Tangier has always played second fiddle to Marrakech.

There are far fewer flights from the UK, hence the late hour we arrived, but this won’t be for much longer.

Not if the Hilton’s new Tangier Al Houara Resort & Spa has anything to do with it.

On the surreal car journey, we whizzed by dirt banks and scrubland until, 15 minutes later, we arrived at the hotel — a shimmering vision of white. 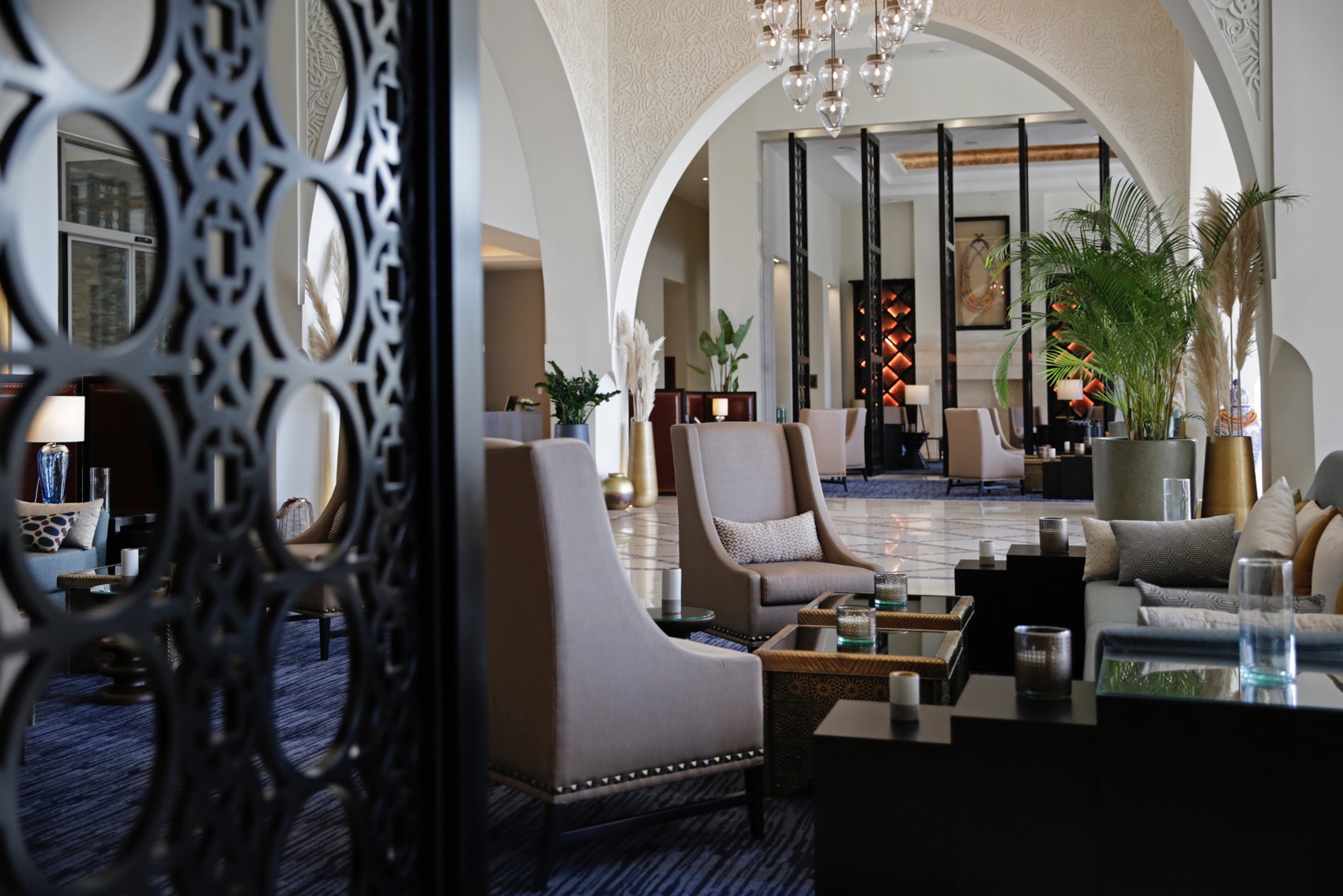 It’s a remarkable building, constructed on top of a natural, clear-water reservoir and 11 acres of land.

The beautiful gardens have been planted and grown over two years and a full golf course is due to be completed.

To take a full tour of the hotel requires a two-mile walk, but once you’re inside, it’s somehow the friendliest and cosiest place.

Obviously, the staff have much to do with this warm atmosphere.  After a welcome peppermint tea — a hot, sweet beverage I soon become addicted to — we are led to our large, clean room with comfy bed and the most spectacular view. 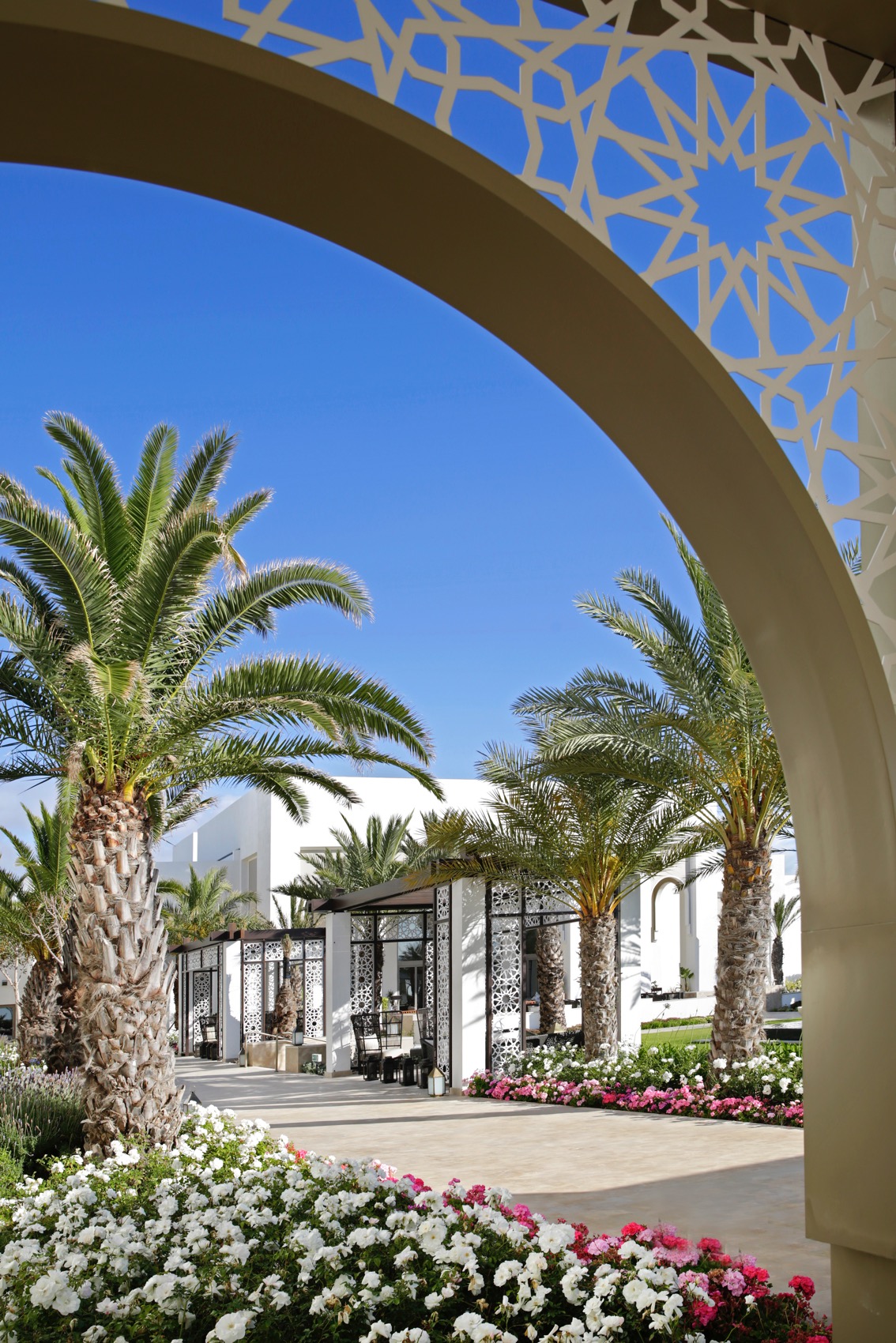 Every room looks out over a remarkable jigsaw of swimming pools and, beyond that, the 15-mile private beach and Atlantic ocean.

For families, there is a kids’ club, open until midnight, complete with table football, karaoke and drum kit.

And there are endless options of interconnecting rooms and little apartments.

So, what to do while your little ones are living it loud in someone else’s care?

There are three fantastic restaurants.

The Tucano pool bar,  the Argan where you will be greeted in the morning by piles of fruit, freshly-baked bread and rolls — carefully prepared by a pastry chef who trained in Paris — and the fine-dining L’Olivier, which I will come back to later. 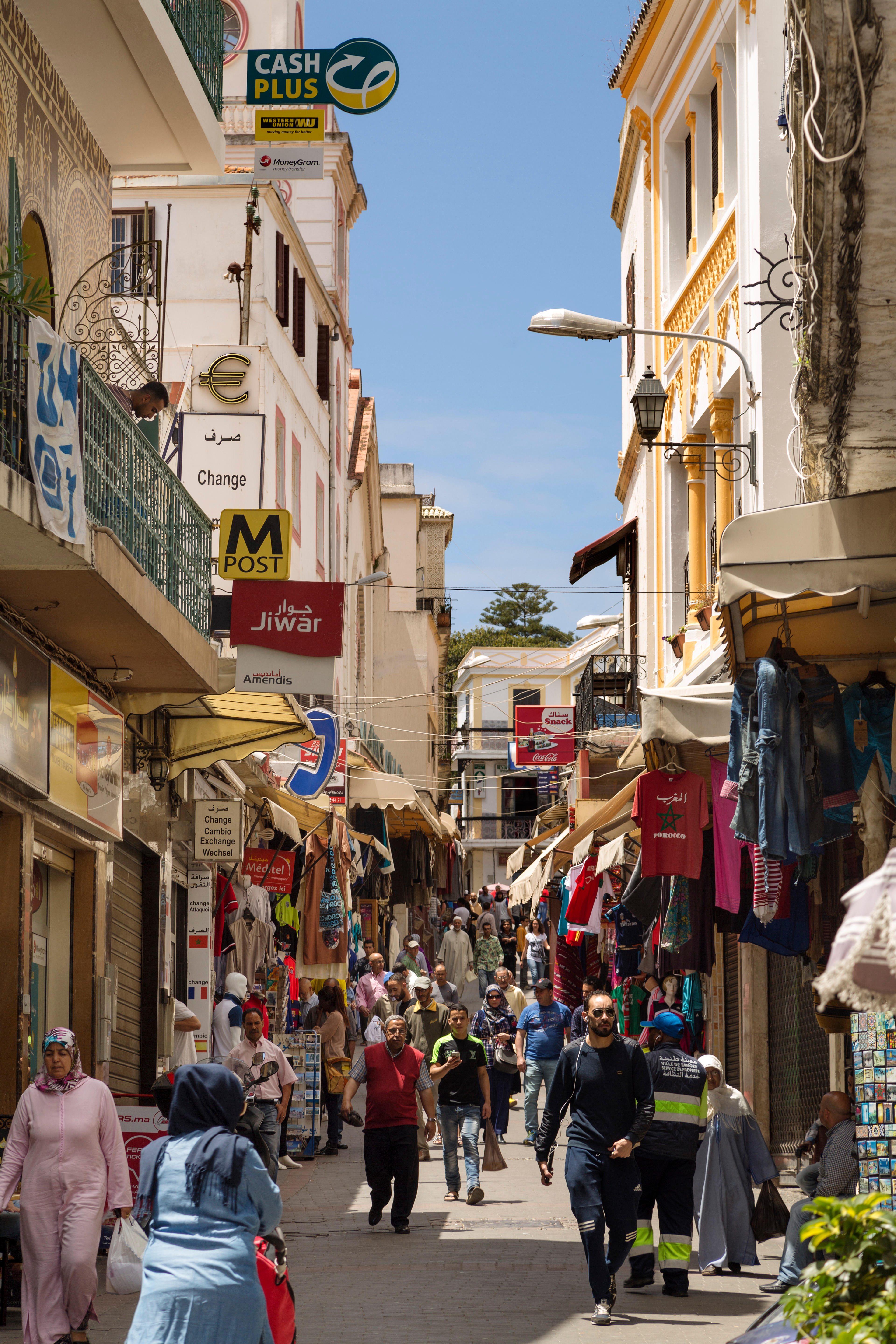 If you fancy a cocktail, there is no better place than the Rose Lobby Bar where its mixologist will create a personalised cocktail for you.

If you want to relax or pamper, head to one of the pools’ sunbeds and  the spa.

Or beyond the hotel’s walls, there is an extraordinary city to explore. Tangier has been over-looked because the old King of Morocco didn’t like the North.

His son, thankfully, does and is particularly keen to develop the  hospitality industry in the area. The enthusiastic, English-speaking hotel concierge helped to organise our day trip into Tangier.

Our jaws dropped as a local guide explained its history.

More than 3,500 years old, it is the largest port on the Mediterranean and the shortest crossing point from Europe to Africa so has been a buzzing trade centre for generations. 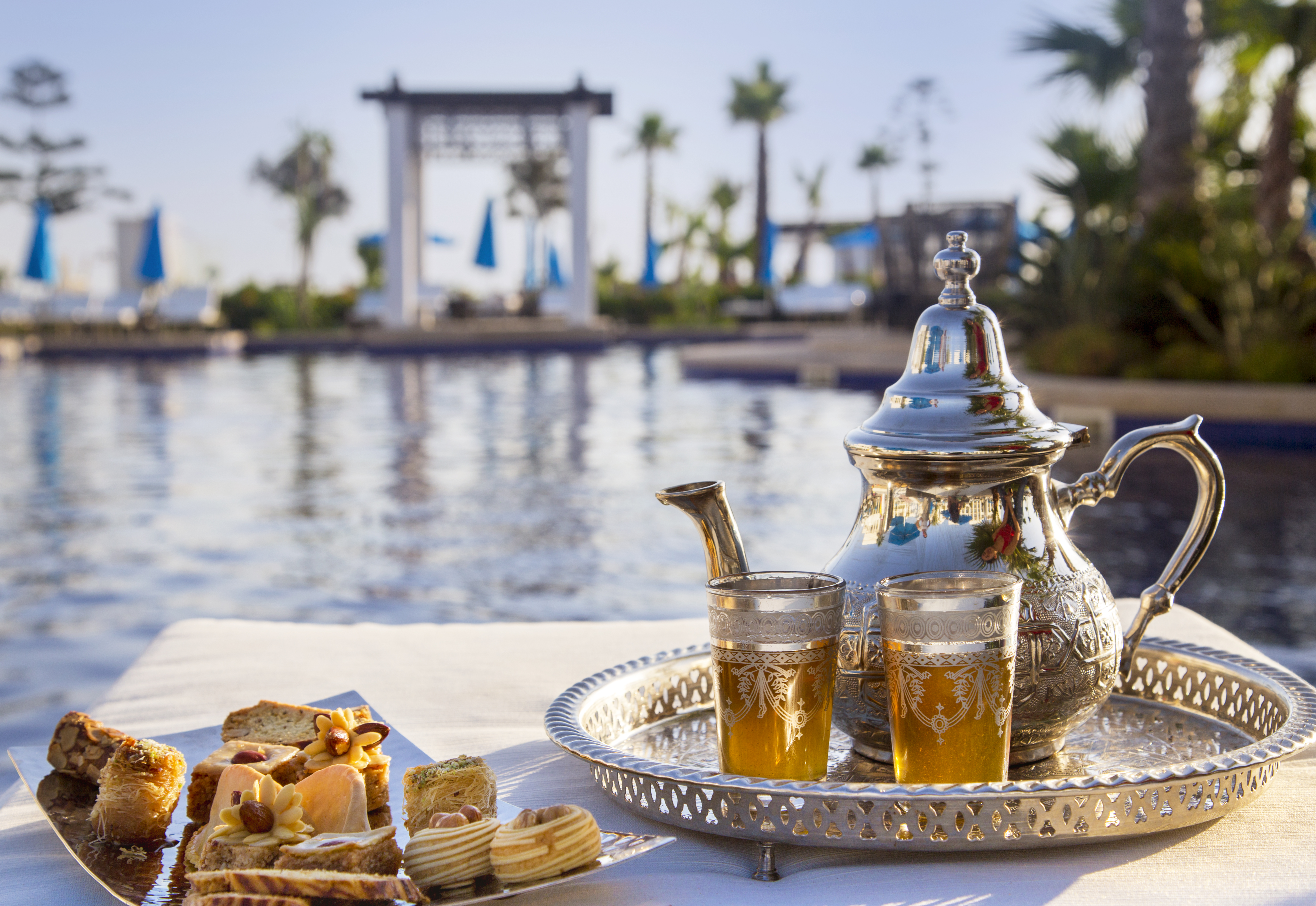 Even 17th-century MP and diarist Samuel Pepys popped in and wrote about his visit in 1662.

But what our mesmerising guide really wanted to show us was inside the Kasbah, the walled part of the city which is home to tiny streets and alleys.

It has been used for Hollywood movies including Bond and the Bourne film series.

But far more fascinating was the house that Barbara Hutton — the multi-million Woolworth’s heiress — once lived in.

Our guide remembered her throwing coins out to him and his friends when he was a small boy.

GETTING THERE: Flights from Gatwick to Tangier are from £60.23pp one way with Air Arabia. See airarabia.com.

STAYING THERE: One night’s room only at the Hilton Tangier Al Houara Resort & Spa is from £47pp, based on two sharing.

Then there’s the infamous Café Baba, where smoking weed is the order of the day.

Not that we joined in, we were too engrossed in the photos of celebrity visitors, including the Rolling Stones and Kofi Annan, on the walls.

And then it was back to the comfort of the hotel. Despite the temptation to sink back into bed, we dressed up to dine at  L’Olivier, the resort’s smartest restaurant.

Each mouthful was delicious and  we were not remotely surprised to discover the ambitious chef is aiming for a Michelin star.

It was the perfect way to cap our far too short weekend.

Every box was ticked, from accommodation to service.

We could have stayed for ever and would go back in a flash — even on an unsociably-timed flight. For next time we would know the sanctuary that awaits.