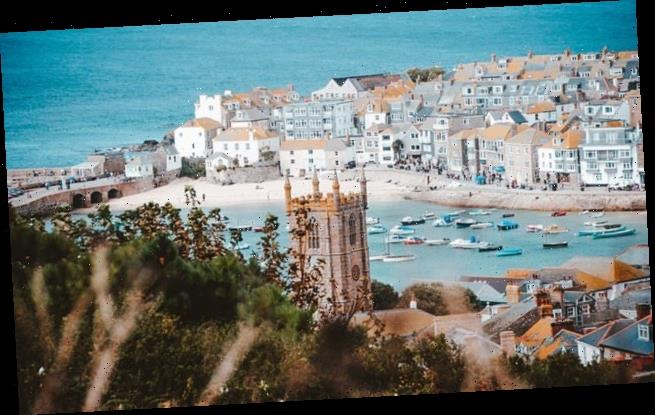 Happiness-on-Sea: The joys of St Ives, which has sparkling bays, divine restaurants and has been voted Britain’s jolliest town

The world is upside down. So it makes complete sense to visit popular haunts out of season, which is why we’re zooming down the A30 with the West Country and St Ives in our sights.

What’s more, the warm currents of the Gulf Stream are sweeping around the south-west coast, giving us a tiny touch of the Mediterranean.

I would go as far as to say that the town’s almost-too-cute whitewashed cottages bring to mind St Tropez, except that the Cornish beaches are bigger, sandier and generally better than those on the Cote d’Azur. Though a little breezier. No wonder it was named this week as the happiest place to live in Britain by the Rightmove Happy at Home Index. 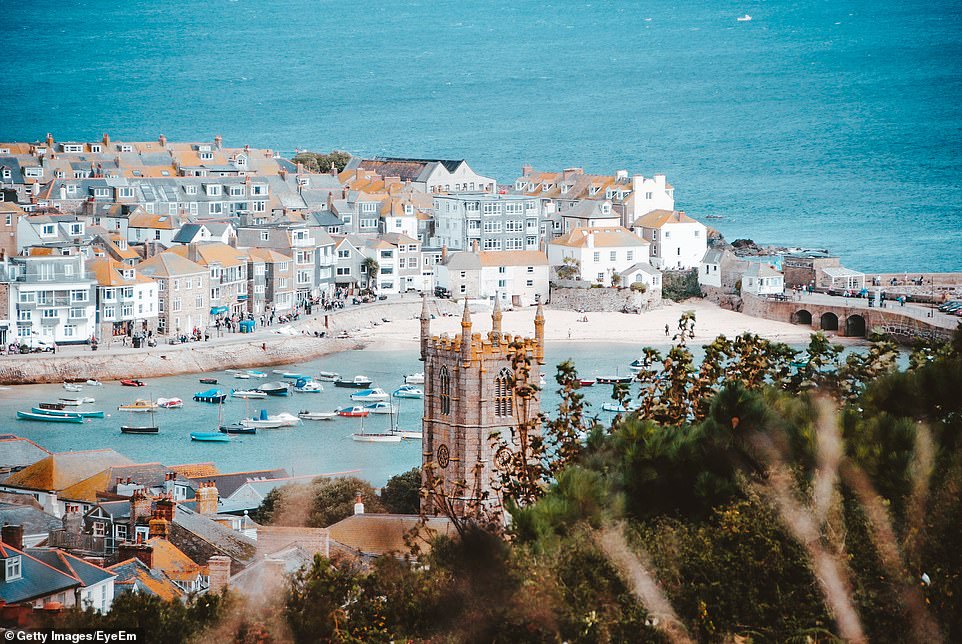 Shore thing: Pretty St Ives in Cornwall has been judged the happiest place in Britain by the Rightmove Happy at Home Index

In spite of its film-set appearance, St Ives pulls off a clever trick. It manages to be a traditional English bucket-and-spade seaside resort and a super-cool design and foodie destination at the same time — even in winter.

The straw-boater-clad man selling ice cream by the harbour hands me a couple of vanilla cones with a stern warning. ‘Watch out for the seagulls, they’re huge and they’re greedy.’ He’s right. The biggest could hold their own in a weigh-in with a Christmas turkey.

We are staying in the Sail Lofts St Ives apartments, just a few minutes’ walk from the sea. Our flat comes with a private parking space, a rarity here.

On our first evening, the sight of an almost full moon above the quicksilver sea of St Ives Bay stops us in our tracks as we walk to the Porthgwidden Beach Cafe. Our white wine is brought to the table in an ice-filled plastic beach bucket. 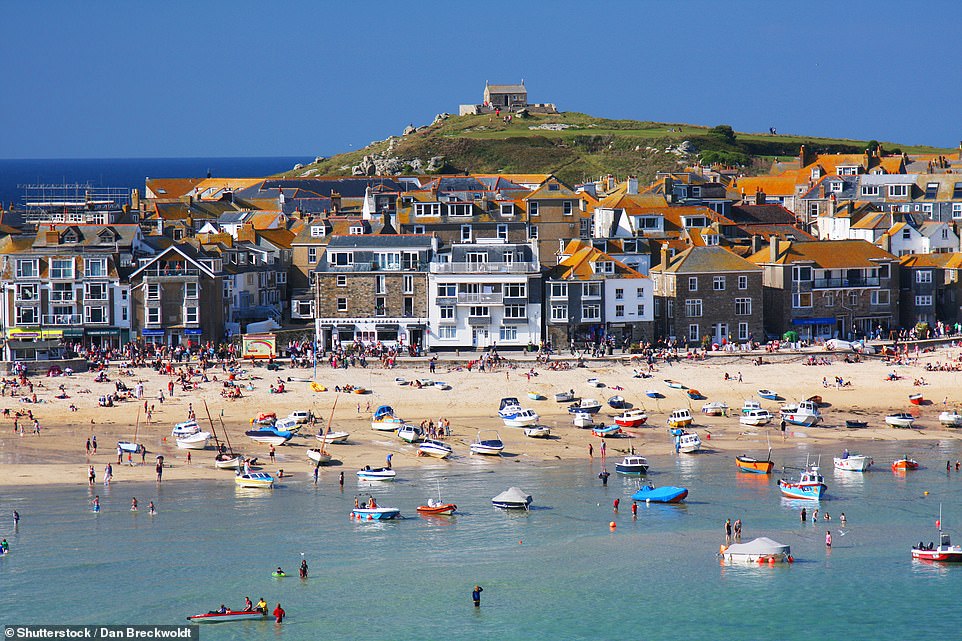 The Daily Mail’s Jeff Mills, who visited St Ives, says that it manages to be a traditional English bucket-and-spade seaside resort and a super-cool design and foodie destination at the same time – even in winter

A little gimmick helps with Covid rules: two plastic spades are placed on the bar by the entrance. The idea is that if you head to the loo you take one with you and return it when you come back, showing whether it’s vacant or not — avoiding queues on the stairs.

The choice of places to eat out is impressive. The Sea Food Cafe and One Fish Street, both a few steps from the harbour, are well known but there are newcomers, too, such as Feed, on the outskirts of town where one-time London builder turned fast-food chef Luke O’Malley does a roaring trade serving locally sourced takeaway breakfasts and lunches.

It is something to do with the relaxed lifestyle which led to St Ives becoming, and remaining, so popular with artists, such as sculptor Barbara Hepworth, whose house is now a museum. 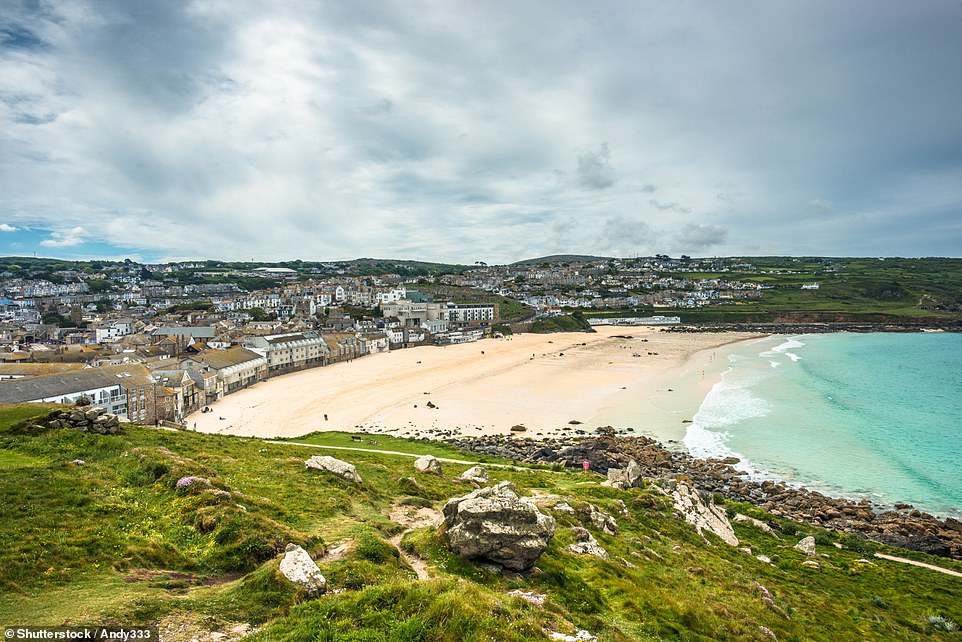 Porthmeor Beach in St Ives. It is close to the Tate St Ives, where South Korean artist Haegue Yang is set to show her sculptures

Small studios where artists offer their work can be found in the lanes leading from the harbour. Look for quaint Downalong and Fore Street, and Leach Pottery, founded by Bernard Leach in 1920.

Tate St Ives, overlooking the surfers’ Porthmeor Beach, has been so successful the gallery’s exhibition space has doubled in size from three years ago. South Korean artist Haegue Yang is set to show her sculptures here.

Before heading home check out some of the outstanding walks this part of Cornwall has to offer. Try the challenging coastal path, running eight miles towards Zennor.

Then go for lunch at the Tinners Arms, apparently a favourite of D.H. Lawrence. Happiness on a plate.