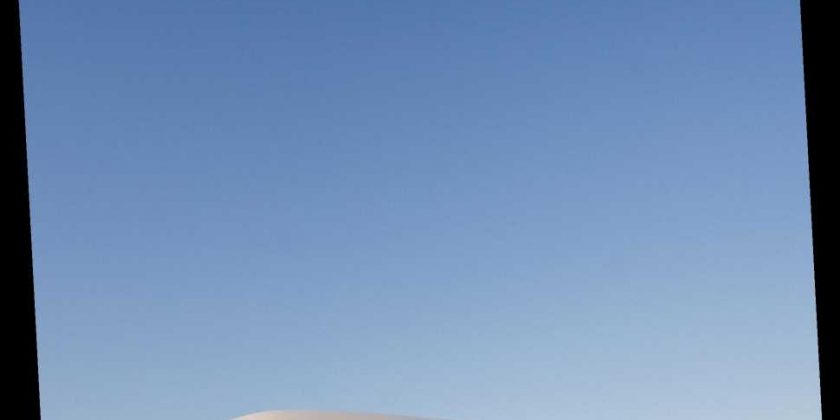 Airbnb is catering to college football fans with their latest exclusive listing: the one-and-only Goodyear Blimp.

The 192-foot-long, football-shaped airship bearing the company’s blue-and-yellow logo is synonymous with Saturday game days, and has been providing aerial coverage over the gridiron since 1955.

The iconic blimp is also set to be inducted into the College Football Hall of Fame later this year — the first non-player or coach to ever receive this honor.

To celebrate college football’s 150th anniversary this year, Airbnb is offering fans the chance to stay overnight in the famous Blimp for the first time ever, charging $150 per night (plus taxes and fees) for two guests. Only three one-night stays will be available for purchase — October 22, 23 and 24 — all leading up to the game between rivals University of Michigan and Notre Dame on October 26.

While the Goodyear Blimp is often seen mid-air, guests who get the chance to stay in the airship will (thankfully!) be firmly grounded. When it’s not in the sailing over stadiums, the Blimp hangs out in its hangar in Mogadore, Ohio, which is where the Airbnb stays will take place.

The hangar is massive — the size of 2.6 football fields — and those lucky enough to snag a reservation will have exclusive access to the space, which is located on the waterfront of Wingfoot Lake.

Goodyear will provide guests with “a grill, fire pit, cornhole, and other tailgate essentials,” according to the Airbnb listing, noting that there is also a “football lounge where guests can relax and watch some of the all-time best rivalry games in college football history.”

In terms of sleeping arrangements, there is one bed located inside the Blimp itself, as well as one bathroom. Of course, the entire airship is decorated with Goodyear’s iconic blue and yellow, as well as with football memorabilia.

In addition to their stay, guests will also score prime tickets to the big game on the 26th, which will take place at the University of Michigan in Ann Arbor. They will also receive plenty of game day gear to deck them out in support of their team of choice!

Interested in touching down in this once-in-a-lifetime location? Reservations will open on the Airbnb website on October 15 and roll out throughout the day. Airbnb suggests fans keep their eyes on the listing all day so as not to “fumble” their chances at scoring the date of their choice.