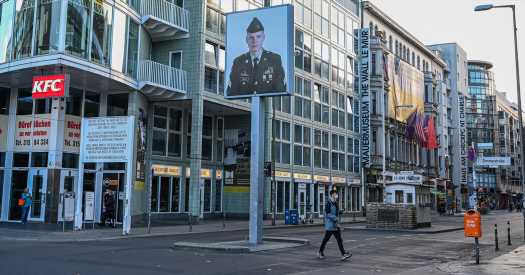 In recent days, a steady stream of promising news has painted a rosy picture of the return of international leisure travel.

More than 105 million people in the United States are fully vaccinated. Greece, Iceland and Croatia, among a growing list of countries, are now open to American tourists. Airlines are resuming overseas flights. And perhaps the biggest development of all: Come summer, fully vaccinated Americans will once again be welcome across Europe.

But the optimism may be premature. At the moment, the broader reality is more chaotic, and more sobering.

A set of swirling crosscurrents — including a surge in global coronavirus cases, lagging vaccine rollouts in tourist hot spots and the lack of a reliable system to verify vaccinations — may be setting the stage for a slow and tortured return to high-volume international travel, despite ambitious pronouncements and the pressures of a tourism industry hoping to avoid another period of economic strain.

Reopening areas to vaccinated tourists is a calculated risk, said Dr. Sarah Fortune, the chair of the Department of Immunology and Infectious Diseases at the Harvard T.H. Chan School of Public Health. “My doomsday scenario,” she said, “is a mixing of vaccinated and unvaccinated populations in a setting where there is high viral load and high viral transmission.”

At the same time, countries dependent on tourism revenue are pressing to admit more visitors. Most Caribbean countries are open to Americans, pending negative coronavirus tests — and some European countries are not far behind. Travel restrictions in Greece, where tourism accounts for around 25 percent of the country’s work force, were eased in mid-April, allowing for fully vaccinated travelers from the United States, Britain, Israel and European Union member states, among other places, to visit without quarantining or providing negative coronavirus tests. (A broader reopening is planned for later this month.)

For now, it’s hard to know whether the travel industry is in the throes of a temporary transition or staring at the long-term complexities of a clash involving wishful thinking, the hard truths of a relentless pandemic and the possibility of responsible tourism.

Whatever the case, there’s a churning array of forces affecting the prospects for overseas travel. 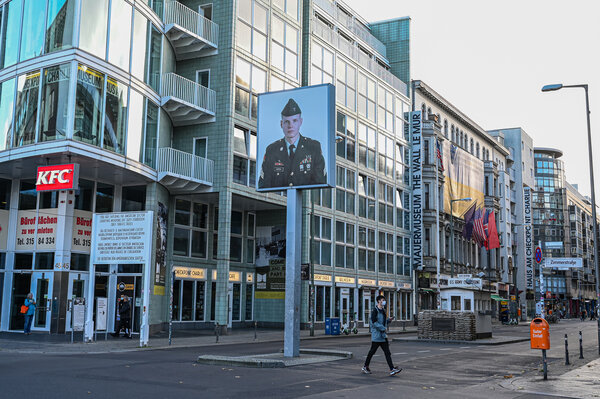 Would-be international travelers, particularly vaccinated Americans, are entering an increasingly chaotic moment when dreams of travel — fueled by more than a year of confinement — are at odds with the facts of a largely shuttered and still reeling outside world.

Globally, more new coronavirus cases were reported in recent weeks than at any point since the onset of the pandemic. The numbers are being driven by an uncontrolled outbreak in India, but they also account for troubling trends among European destinations popular with Americans, from France and Germany to Italy and Spain, some of which are now undergoing extended lockdowns and curfews.

In Germany, for example, a new round of lockdowns, aimed at combating a third wave of infections, is expected to last until June.

Such developments might be hard for Americans to fully appreciate from afar, given the promising trends at home. But government agencies have taken note.

In April, the U.S. State Department vastly expanded the list of countries in its “Level 4: Do Not Travel” category, adding, among dozens of destinations, Mexico, Canada and Britain, three of the most popular destinations for Americans. Many Caribbean countries, including the Bahamas, the Dominican Republic and Jamaica, are also at Level 4.

In India, which is facing a cataclysmic surge, the presence of a potentially more menacing variant — possibly more dangerous to children, and against which vaccines may be less effective — is complicating the crisis. For the prospective traveler, it hints at the threat that emerging variants could play in the months and years to come.

Outside the United States, vaccination numbers remain comparatively low — in some cases, alarmingly so.

In Italy, around 11 percent of the population is fully vaccinated. The number in Mexico, historically the country most visited by American tourists, stands at around 6 percent. In Canada, it’s at 3 percent — though that number is partly explained by the long interval between first and second doses there. By comparison, the United States just passed the 32 percent mark.

While many of these percentages have been rising more quickly in recent weeks, there is also reason to believe that progress in some countries may stall.

Global vaccine supplies have been disrupted by the surge of coronavirus cases in India, which has curtailed exports in order to meet growing domestic demands. Like most countries, Canada, for example, is entirely dependent on foreign sources for its vaccine supply; as a measure of the share of its population that is fully vaccinated, Canada now lags behind more than 50 other nations.

Meanwhile, the push for a return to leisure travel raises questions about the ethics of vaccinated travelers demanding services among largely unvaccinated hosts. Such questions are especially complicated within communities that are economically dependent on tourism revenue.

Dr. Mami Taniuchi, an infectious disease researcher at the University of Virginia, said that while the risk of breakthrough infections among vaccinated travelers is low, there is nevertheless an increased risk among unvaccinated workers who would not otherwise be coming together in such large numbers, or in such close quarters, to accommodate tourists.

“The risks among vaccinated travelers are significantly reduced, but I worry about the risk of transmission among the people who are working around them,” Dr. Taniuchi said. It would help, she added, if travel workers were part of priority vaccination plans.

“In a situation where there’s a mixing of people who are vaccinated and unvaccinated, most of the transmission events are going to be among those who are not vaccinated,” she said.

The trouble with ‘vaccine passports’

Health certificates that prove one’s immunization status — commonly referred to as “vaccine passports” — have been touted as keys to unlocking international travel. But so far the prospect of developing an easy-to-use and widely accepted digital certificate has been tripped up by a web of bureaucratic, logistical and technical snags.

The Biden administration has ruled out the possibility of a centralized federal vaccination database. Instead, individual states (and some cities and territories) have been maintaining a patchwork of records. Any company or organization hoping to develop a digital vaccine certificate in the United States would therefore need to track down immunization data from a range of registries.

At present, the most viable option for Americans to prove their immunization status while traveling internationally is to present the Covid-19 vaccination record cards they received when they got their shots. But the cards are easily forged. Several states have offered downloadable PDFs of the cards freely on their websites; fakes have even been offered for sale on TikTok, eBay and Craigslist.

“I’m very optimistic about the long term,” Mr. Piscini said, “but the road is not easy.” He estimated that the European Commission’s Digital Green Certificate won’t be fully operational until late June or July. Integration with platforms beyond Europe will take time.

Until then, he said, countries like Greece — which, for now, is verifying visitors’ immunization statuses with easily forged paper certificates — may face both a lack of trust from travelers and pushback from locals who fear that the policies are putting them at risk.

Even if international tourists could travel safely and securely, and without risking the well-being of their hosts, visitors may face yet another impediment: Their destinations may lack many of their usual draws.

Throughout the world, the pandemic has shuttered museums, forced restaurants to close and curtailed countless other cultural offerings. Many regions in Europe are subject to local curfews that come and go as case numbers fluctuate. Last month in Spain, confusion reigned over whether socially distanced beachgoers and sunbathers were required to wear masks, though the rule was eventually clarified. (They aren’t.)

All of which suggests that, in the near future, there may be a gap between tourists’ expectations and their destinations’ restricted realities.

In Paris, for example, bars and restaurants have been closed since the end of October. So, too, are museums — including the Louvre, normally one of the most visited museums in the world. Nighttime curfews, from 7 p.m. to 6 a.m., have emptied the city’s streets.

In late April, President Emmanuel Macron of France announced plans to relax certain restrictions beginning on May 19, but he left open the possibility of regional delays. The country, he said, will be able to pull an “emergency brake” in certain places, if need be.

“I really don’t know what’s going to be attractive to tourists in Paris, now or in the near future,” said Yumi Kayayan, a travel writer who lives near the Louvre, citing a dearth of cultural offerings. The rules governing curfews and regional restrictions, she added, would be difficult for foreigners to make sense of. “To be honest, the rules are very confusing right now even for Parisians,” she said.

The big picture, and the costs

In 2019, the number of international tourist arrivals reached 1.5 billion globally — a staggering figure. But grasping the scale of international travel, and the industries that have grown to support and encourage it, is central to understanding the forces pressing now for its return.

Governments, tourism boards, airlines, hotel companies, travel agencies and cruise operators, along with tour bus drivers, housekeepers, local guides, pilots, restaurateurs, museum operators, bed-and-breakfast hosts, entertainers, caterers, fishermen, shopkeepers and bar owners — in short, all the people standing to profit from tourism dollars — are facing extreme economic pressure not to lose out on another tourism season. The past year without travel, when international arrivals dropped from 1.5 billion to 381 million, was devastating. For many, another similar year would be unthinkable.

And so an already stressed system has been forced to confront an existential quandary: Do countries opt for continuing international lockdowns, or do they increase the risk of disease and court much-needed tourism revenue? New Zealand, which, through a combination of stringent lockdowns, border closures and strict quarantines, has all but eliminated the coronavirus from its shores, has staked its claim at one end of the spectrum. Greece appears to be claiming the other.

There are no easy answers, no universal solutions. In many cases, the onus will fall on individual tourists — the fortunate and vaccinated few, plied with incentives and feverish for travel — to thoughtfully navigate the ethical considerations.

Of all the variables, only one thing seems inevitable: The choices we make, whether to venture out or huddle close to home, are unlikely to bode well for the individual workers — the unfortunate and unvaccinated many — who, by dint of circumstance, are vulnerable to both the virus and the teetering fortunes of a hard-hit industry.

“I do think we’ve learned important lessons over the course of the year about how to engage more safely in public spaces,” said Dr. Fortune, who emphasized that it’s important for vaccinated travelers to continue testing, wearing masks and practicing social distancing.

“I think the real danger,” she added, “is that the most vulnerable people are the ones who have the least ability to mitigate risk.”