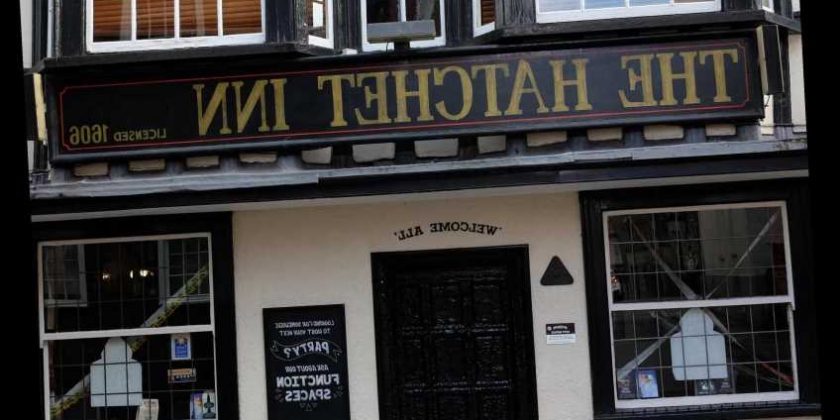 A PUB in Bristol seems perfectly normal from the outside – but actually has a gruesome secret hidden inside.

Punters opting for a pint at the Hatchet Inn may need a stiff drink after opening the door to go inside. 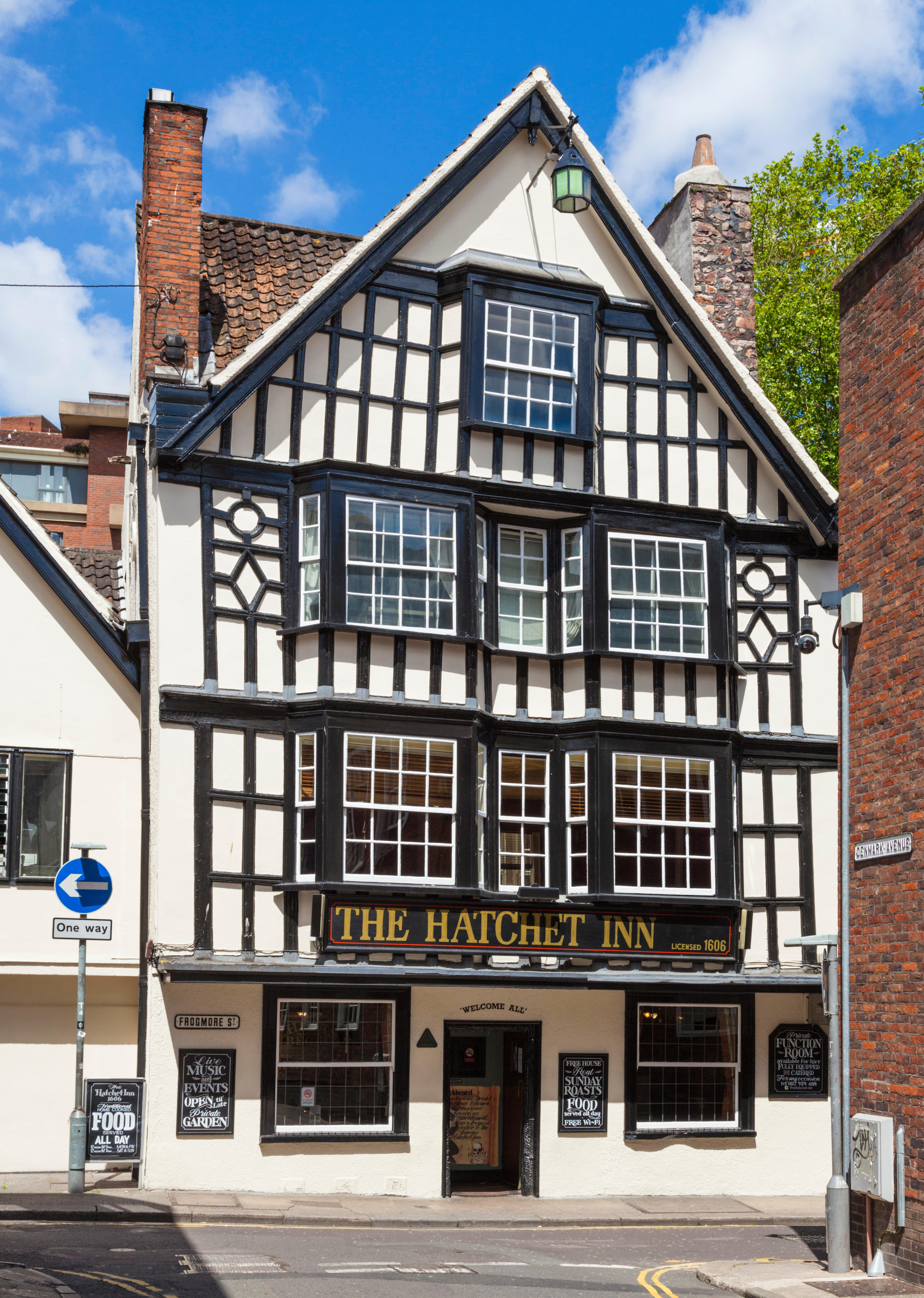 The huge door to the 18th century pub, which is the oldest in Bristol, is rumoured to be made from layers of human skin.

Now painted a dark black, the myth behind the door suggests that the skin was from executed criminals.

However, this has never been proven, with the thick tar and paint layers never to be removed to find out.

The stories behind the pub range from the gross to the baffling – first licensed in 1606, it was said to have been patronised by the pirate Blackbeard 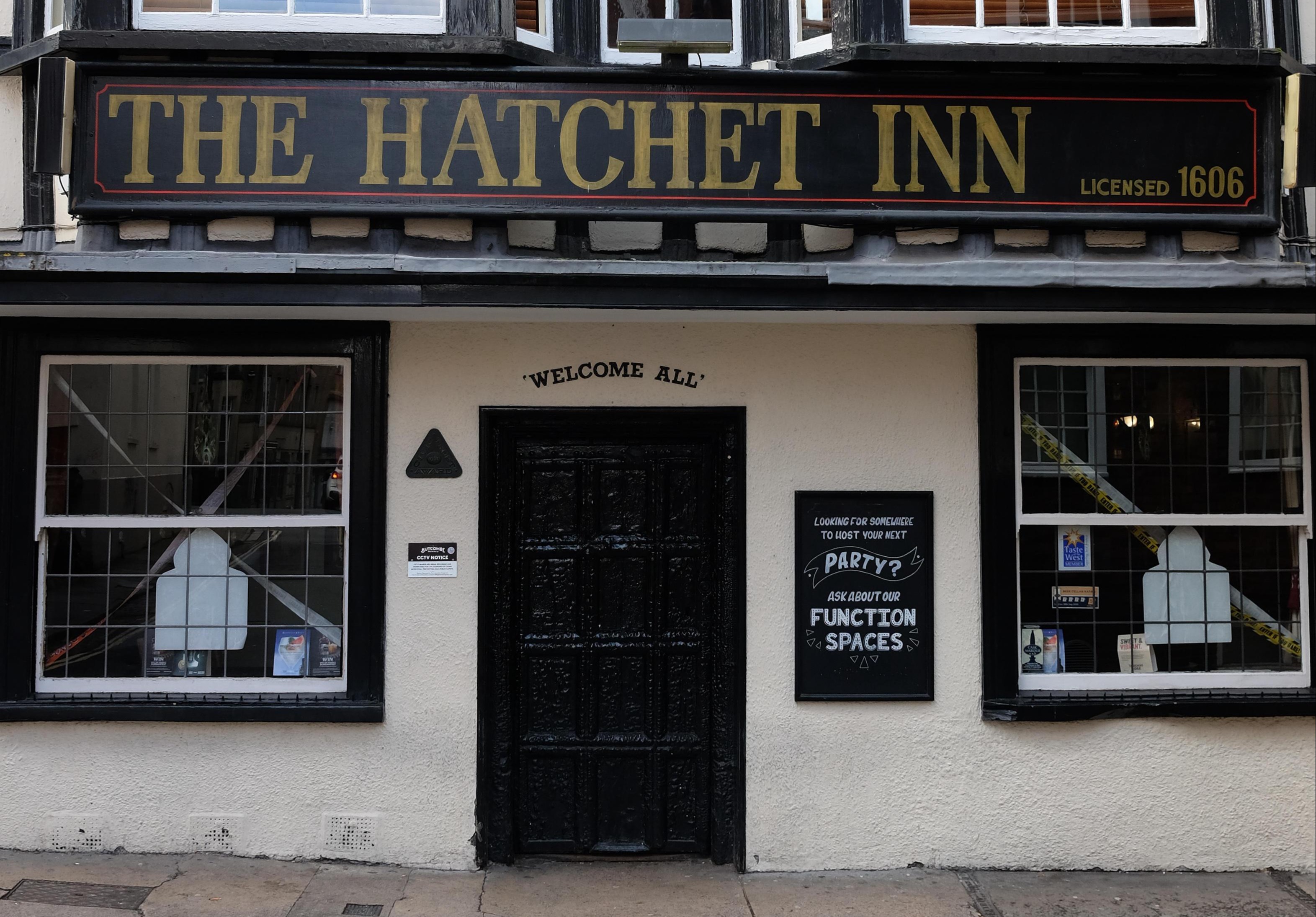 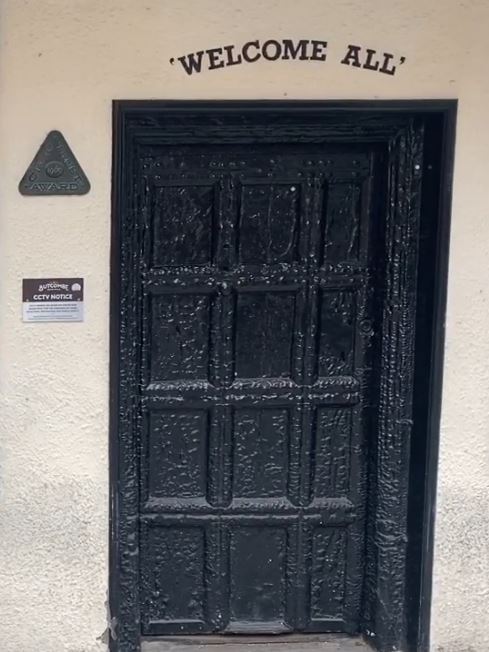 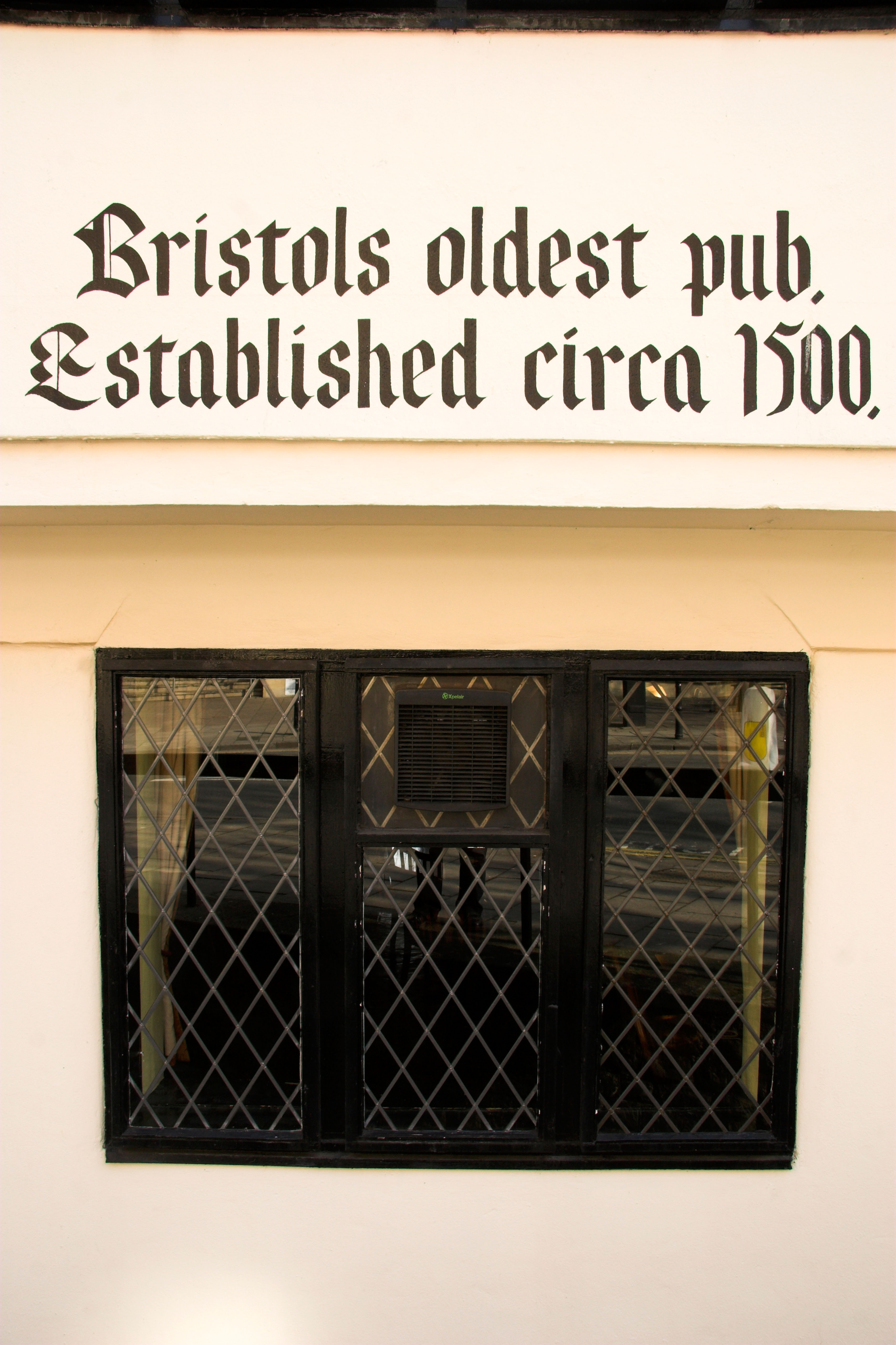 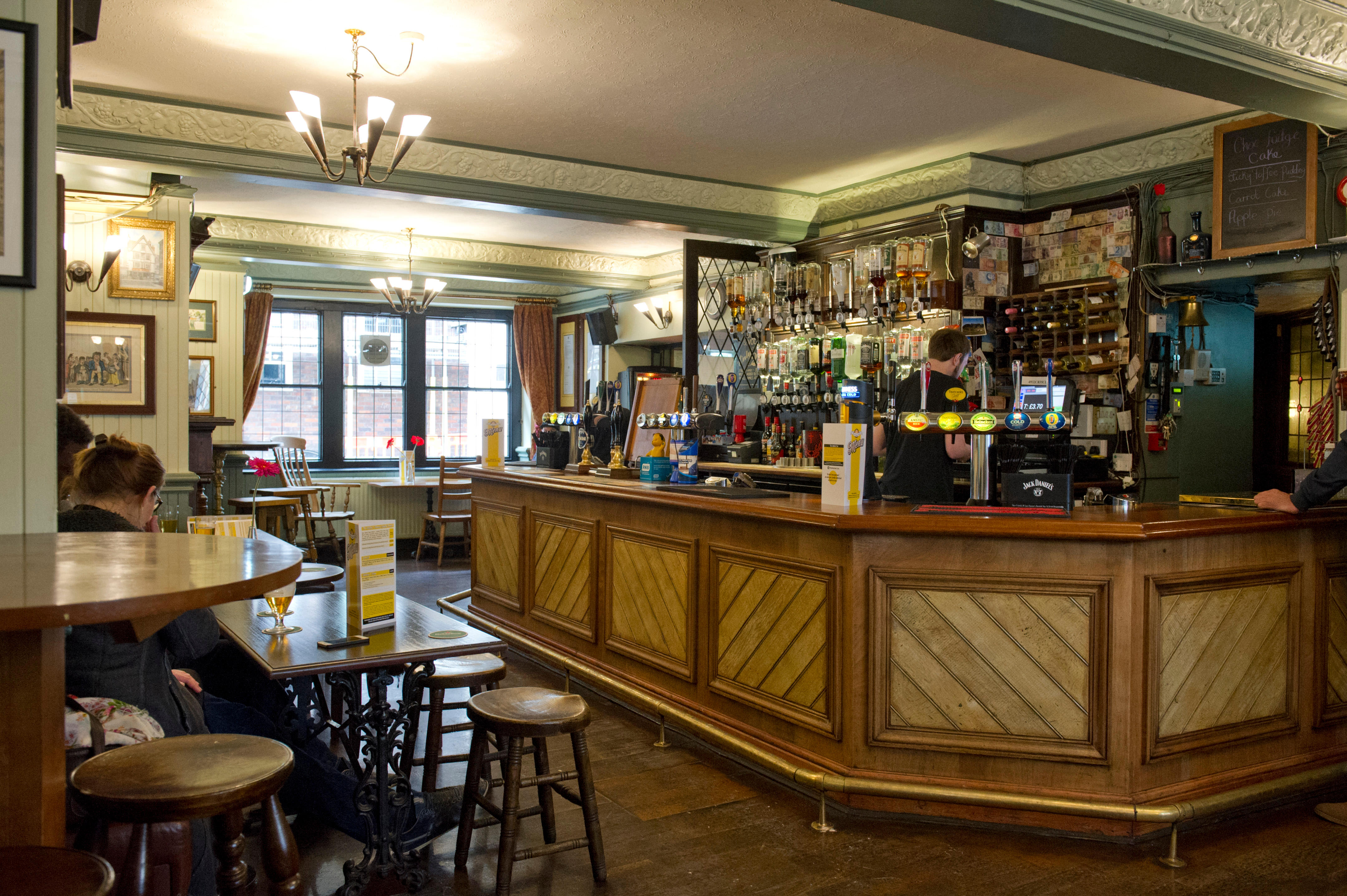 While the rumours of human flesh behind the door are not confirmed, Bristol has another gruesome story which is similar.

In 1821, an 18-year-old man called John Horwood was executed after he killed a woman he had an infatuation with.

After throwing a rock at her which resulted in her death four days later in hospital, he was hanged, before his skin was removed, tanned and used to bind his notes from the trial

The book is now on display at the Bristol Archives.

While both the pub and the attraction are not welcoming guests right now due to the pandemic, tourists can add them to their bucket list for a creepy tour of Bristol.

One pub landlord claims his 500-year-old pub is home to at least FOURTEEN ghosts including a friendly spirit that plays with his young daughter.

We've also rated the best ghost tours in the UK if you fancy a fright.