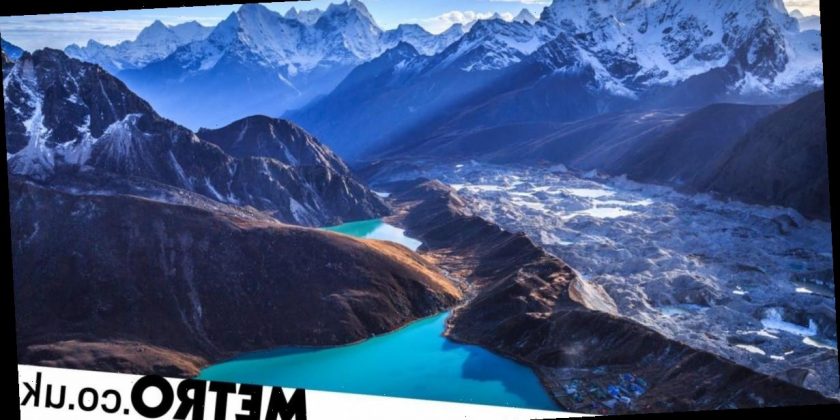 We may not be able to travel abroad right now, but we can certainly dream for the future.

Where will you go when coronavirus clears and we return to normal?

Perhaps all your lockdown TV-watching habits can provide some inspiration.

Whether you’ve been lusting over the locations in Bridgerton or fantasising about running amok like the nuns in Black Narcissus, our travel guide will give you the perfect plan to feel like you’re inside the shows you’ve been binging this year.

The Location: The original movie about a group of nuns on a mission was shot in a garden in Surrey – but the BBC1 remake, featuring the fictional colonial town of Mopu, was shot at Jomsom, a village nestled at the base of Mount Dhaulagiri and Nilgiri.

The Appeal: Pure getaway – and you don’t need to take any vows to enjoy this breathtaking scenery. Star Gemma Arterton describes it as the most beautiful place she’s ever seen. Do your research – local hostels vary, but aim for cheerful staff and clean rooms. If you want to see Hindu and Buddhist nuns, head for the Muktinath Temple.

Best for: Really getting away from it all.

The location: Set in London in 1813 and featuring rivalry between the Bridgerton and Featherington families, it was also filmed in historic (and ever-so romantic) Bath.

The Appeal: Talk about steamy – Netflix’s new bodice-ripper has had everyone agog at its Regency romps. And where to go to re-live the action? Try Bath’s Assembly Rooms, which hosted a lavish ballroom scene. Step back in time through the Ball Room, the Great Octagon, Tea Room and Card Room – and then sneak downstairs for the Bath Fashion Museum – a lavish look at costumes through time.

Afterwards, head outside for the IG-worthy Royal Crescent. No. 1 – now a museum – doubled as the Featherington’s front door. Let’s face it, this series will be remembered for its knockers.

Best for: Stepping back in time.

The location: The fictitious island of Saint-Marie is played by the Caribbean French-owned territory of Guadeloupe, a series of five islands with a population of just over 400,000.

The appeal: We know that Guadeloupe isn’t to everyone’s taste – after all, original star Ben Miller quit because he didn’t enjoy the tropical climate. But if hot and humid is your thing, there are loads of private villas to hire, bustling seaside towns and world-class beaches. Plus there’s lush Parc National de la Guadeloupe, and the spectacular La Soufriere volcano (allow four to five hours to climb).

It’s a French overseas department, so expert Gallic charm mixed with Creole dishes and a colourful annual carnival each spring. And – of course – plenty of punch (the alcoholic type).

Best for: Somewhere to rum wild.

The location: The pretty market town of Grassington in the southern Dales doubles as fictional Darrowby.

The appeal: Sam West, who plays Siegfried Farnon, enthused: ‘I hope you can tell what a happy time we all had. Grassington is the most delightful place, and for the first couple of weeks I made sure I bought plenty of wine from the wine shop and books from the bookshop.’

Local stars include The Devonshire pub – which became The Drovers Arms – and West’s beloved bookshop The Stripey Badger, which doubled as a greengrocers.

Also head for 23 Kirkgate in the village of Thirsk, which was where James Herriot – real name Alfred Wight – ran his veterinary practice. He renamed it Skeldale House in his books (the latest series used the exterior shot of a house in Grassington) but the original Thirsk surgery now houses a whimsical museum, The World of James Herriot.

Best for: Somewhere to flee after lockdown.