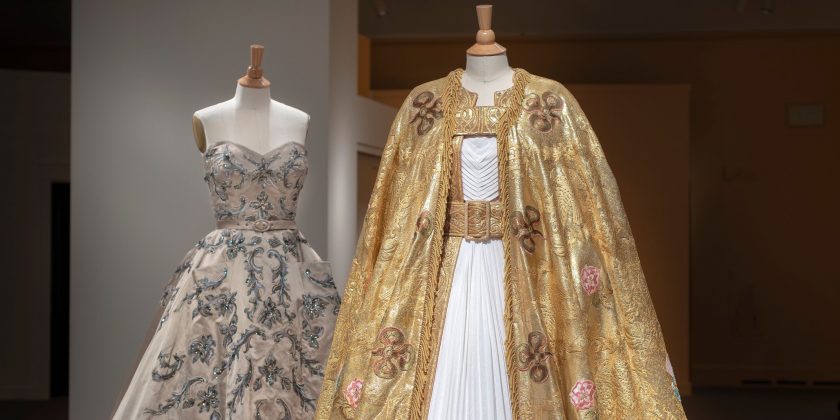 With the holidays over and New Year’s resolutions in full swing, winter can be a dull time of year. Try booking a trip to enliven the cooler months and catch a special museum exhibit. Fashion is the theme at the Met with a jewelry exhibit; in Denver with a show on Dior; and in Winterthur, Delaware — in a former du Pont estate — where costumes from the show “The Crown” are featured. Elsewhere, find exhibits on rock ‘n’ roll on television, animals that glow, airmail, European art and more.

‘Dior: From Paris to the World’ at the Denver Art Museum
Through March 3, 2019

Don your finest frock: Dior is coming to Denver this winter — in the form of an art museum exhibit covering more than 70 years of the designer’s legacy and influence. “Dior: From Paris to the World” features 150 haute couture dresses, accessories, photos, runway videos, original sketches and archival material. Many of these items have never been seen outside of Europe. The show is being called the first major U.S. retrospective of the House of Dior and it will subsequently travel to other cities after its Denver premiere.

‘Stay Tuned: Rock on TV’ at the Rock & Roll Hall of Fame in Cleveland
Through March 2019

‘Creatures of Light: Nature’s Bioluminescence’ at the Phillip and Patricia Frost Museum of Science in Miami
Through April 21, 2019

From fireflies lighting up the summer nights to glowing deep-sea dwellers, bioluminescent creatures capture the imaginations of young and old. These light-producing organisms are the focus of the Frost Museum’s “Creatures of Light” exhibit. Guests will move through various environments meant to expose them to the habitats of bioluminescent mushrooms, glowworms, fish and corals. Live flashlight fish, along with other living examples, are part of it too. A composer created a soundtrack to set the scene throughout this immersive exhibit.