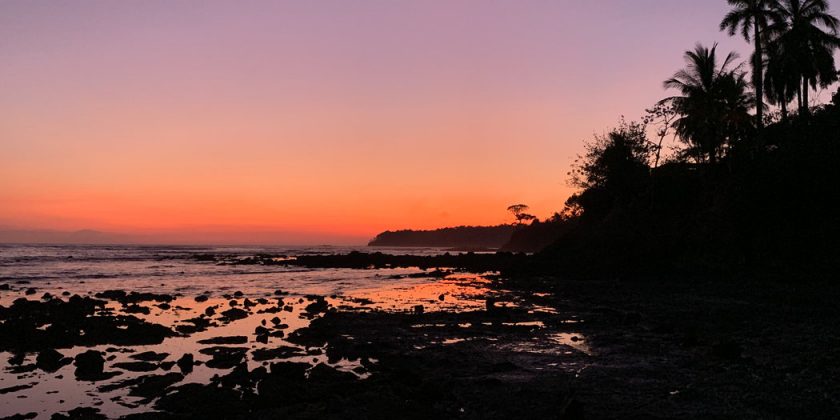 The 52 Places Traveler heads to the country’s Pacific Coast expecting breakneck development and instead finds a place that’s in no rush. 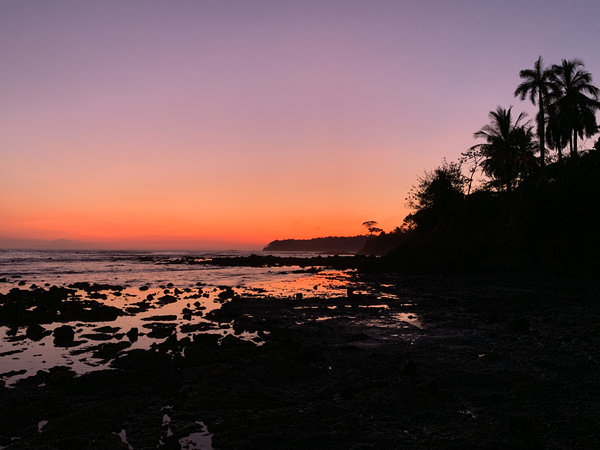 This is a place I could disappear into. And over the course of the five days I spent in the remote village of Santa Catalina on Panama’s Pacific Coast, I met many people who seemed to be doing just that. There was the Italian surfer who came many years ago and now returns again and again, for longer periods each time. Or the British dive master who thought she would spend a season here at Panama Dive Center, but just passed two years in town.

Then there’s the American who came to take a break from some stressful business in Boquete 170 miles away. He originally booked a brief stay at a hostel but, by the time I got to town, had moved into an apartment and had no end date to his trip.

Under the brutal noonday sun, when I, along with seemingly everyone else in town, retreated to a hammock in a spot of shade, I found myself daydreaming about being swallowed up by this little town too. I could find a new rhythm, dictated by when the waves were good for surfing and the visibility was good for diving, in a place where even the Wi-Fi takes things slow, restaurant menus depend on what’s been caught that day and everything is just quieter.

Panama’s Pacific Coast was on the 2019 52 Places to Go list because of this bit of coastline. Major luxury hotels have either just opened or will open soon, on private islands and previously empty beachfront a quick boat ride from Coiba National Park, a Unesco-designated site for its diverse marine life. I’ve been to places “on the up” before and I expected to see the telltale signs of a new tourism boom: cranes dotting the horizon; sunburned crowds settling into lounge chairs on the beach; minivans heading out in packs for day trips to nearby sites.

Instead, what I found in Santa Catalina was something that feels like a secret. It’s a place that I can imagine being whispered about in hostels all over the world, a kind of El Dorado for budget-conscious surfers and bucket-list divers.

The pace of Santa Catalina was, refreshingly, dictated not by the backpackers passing through, but by those who are from here. During my stay, the Panamanians I met were just as excited as the visitors about the incoming swells at La Punta, a world-famous surf break a quick paddle away from a rocky beach. Most days, during sunset on the town beach, there was a heated coed game of beach volleyball, everyone fresh off their shifts at the hostels, surf shops and restaurants around the village. My favorite restaurant in town, Fonda Mango Green, a two-table affair, keeps irregular hours based on the laid-back schedule of the couple who run it. But if you catch them in the morning and tell them you’re planning on stopping by in the evening, you can have a perfectly fried whole fish with rice and beans for just $5.

Conversations start unexpectedly in Santa Catalina and roll with no real rush to conclude. At Sugar Mama’s Cafe, a tiny dessert and coffee shop in the center of town, a quick stop to grab coffee turned into a 30-minute conversation. Over a glass of sugar-bombed iced coffee, I talked to Pietro Ciotti, the Italian general manager of Hotel Santa Catalina, where I was staying; Melissa Caicedo, a Colombian who comes here from her hometown, Cali, periodically to work at the local gift shop; and Carolina Barberena, a baker from Panama City who moved to Santa Catalina five years ago to open Sugar Mama’s and never looked back. The discussion, as it often does in Santa Catalina, tended toward the self-referential: a kind of gushing about what makes a place like this, where children spend the afternoon riding the streets on horses and the nearest A.T.M. is an hour-and-a-half drive away, so special. 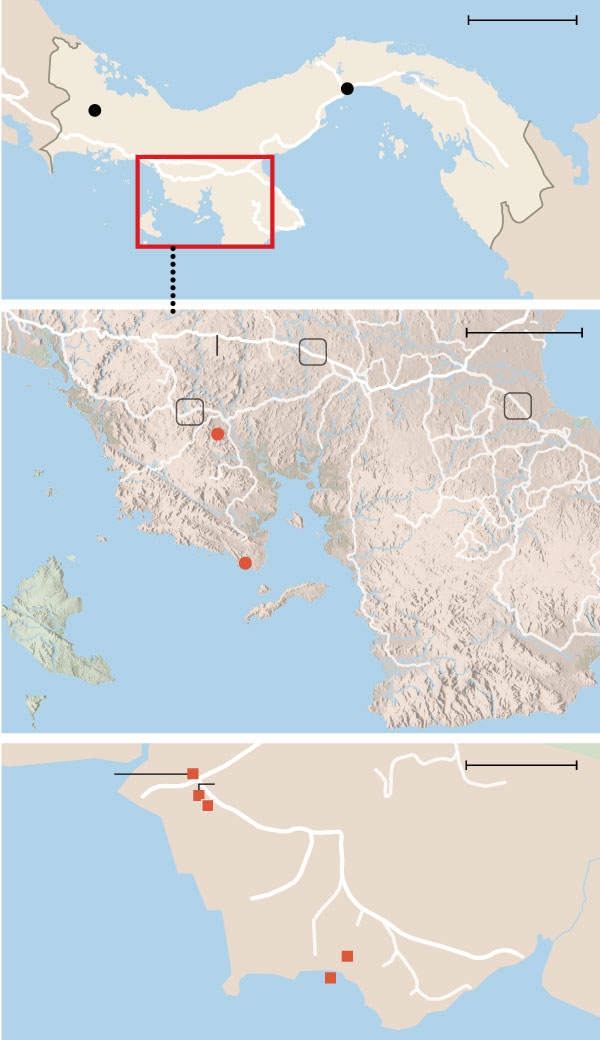 By The New York Times

“If you’re going to get here, you have to really want to come here,” Mr. Ciotti, 36, said, referring to the six-hour drive from Panama City. “The people of Santa Catalina really maintain its identity as a small village, isolated from the mass tourism you’ll find closer to the capital.”

It’s not easy getting to Santa Catalina. You can take a bus, but you’ll have to make a transfer in Soná, the closest hub. I rented a car and the drive took between six and seven hours, lunch stop included. Watch out on the Panamerican Highway for speed traps though: There were more highway police than I’ve ever seen, all with their speed guns out. Also, prepare for some extra travel time if you’re returning to Panama City on a Friday evening. My drive back ended up hitting the 10-hour mark.

There are no A.T.M.s, gas stations, or big supermarkets in Santa Catalina. Bring ample cash and arrive with a full tank unless you want to waste a chunk of your day making the three-hour round-trip to the unremarkable town of Soná. Also avoid driving at night — cows, horses and dogs tend to use the roads, too, and can be hard to spot on unlit streets.

Though there are luxury resorts nearby, Santa Catalina is not the place for piña coladas and a spa. I stayed in the nicest hotel in town, Hotel Santa Catalina, a beautifully located collection of rooms, each with a hammock out front. It’s pretty and the staff is wonderful, but it is by no means a luxury beach resort. Other options are mostly hostels, tent sites, and surf camps.

Ms. Caicedo, 26, said she came here for love, but that it was love for the place that kept her coming back. “There’s a peace you can find here. There’s so much time to really find yourself.”

Ms. Barberena, 29, who was passing out slices of citrus cake while simultaneously listening in on our conversation and helping a German couple figure out the schedule for the buses that go to Panama City, chimed in. “I used to come here to visit from Panama City, then I started looking for work and finally set up this shop,” she said. “I’ve been living here for five years now and I’m never moving back.”

Another thing: I’ve never felt less alone as a solo traveler. In fact, on my last day, I had a group dinner with eight people, all of them solo travelers and now fast friends.

But the best moment didn’t involve people. I was about 20 feet underwater, somewhere off the coast of Coiba Island, seeing firsthand why its waters are so special. Out of nowhere, a giant shadow appeared above me and my fellow scuba divers. A male whale shark had come to see who these visitors, so clearly out of their element, were. For at least 15 minutes I floated, looking up at the huge creature slowly circling above, chasing and inhaling the bubbles being let out by our regulators. Then, he dipped down toward the mass of plankton we had just swum through.

Later, as we took off our gear and climbed back onto the small boat, I took one last look into the deep blue below to see a giant shadow slowly making its way back to us. The whale shark was apparently in no rush to go anywhere else.