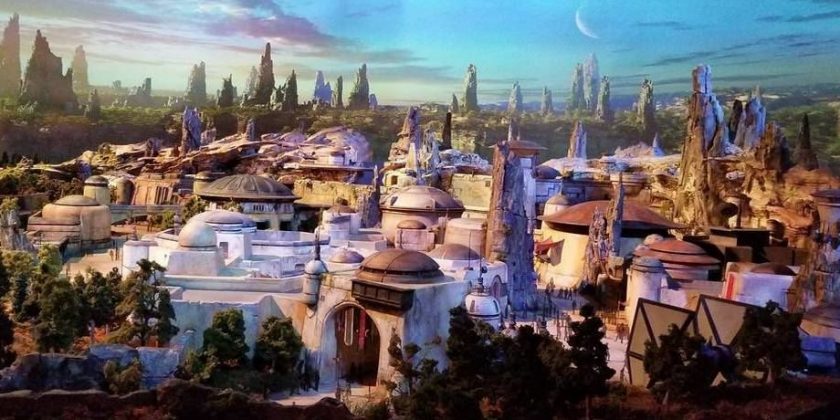 Guests visiting Disneyland on the opening day of Galaxy’s Edge may be in for a bad time.

Next year, the Walt Disney Company will open the most anticipated new lands in a very long time, and they’re coming from a galaxy far, far away. Star Wars: Galaxy’s Edge will open in Disneyland Park sometime in “summer 2019,” while Walt Disney World’s version will come in “late fall 2019.” For those hoping to get the jump on things out in California, you need to prepare yourself now for record crowds and extremely long wait times.

There are those who have been at Disneyland Resort during the time of the D23 Expo and experienced huge crowds. Others were at Walt Disney World for the opening of Pandora: The World of Avatar and Toy Story Land to see what wait times of more than six hours were like. It’s kind of difficult to believe that things could be worse than that.

According to some new research and the opinions of many assembled by Blooloop, guests visiting Star Wars: Galaxy’s Edge at Disneyland when it opens could see wait times as long as 10 hours. While the land is going to be 14 acres large, it’s difficult to imagine how they will be situated throughout it.

As for the opening day of Galaxy’s Edge in Disneyland? Fans don’t quite know exactly when that will be, but early estimates believe that there will be at least 200,000 people going to the park that day for its debut.

While both versions of Galaxy’s Edge are expected to bring in record crowds for the domestic Disney Parks, there could be some bigger issues at Disneyland.

For those who have visited Walt Disney World, the Florida parks gave Walt Disney the “blessing of size.” For instance, Disney’s Hollywood Studios has things a bit more spread out and it will make for crowd control to be handled a bit better when Galaxy’s Edge opens.

Out in California, the walkways and lands of Disneyland Park are quite thin in some locations and it could cause problems. While the capacity of the park is certainly not 200,000 (much less), that is the number of guests is what’s expected that day throughout the operating hours.

Getting over to Galaxy’s Edge will prove quite cumbersome as most guests will need to go through New Orleans Square and past Critter Country in one direction. Others will come from the walkway between Fantasyland and Frontierland which is also rather small.

Then again, almost everywhere will seem small for crowds of that size.

What many fail to realize is that the eight to 10-hour waits may end up being just to get into Disneyland Park itself. Traffic to get to the parks will be insane and parking garages will likely be overflowing early in the morning of the land’s big opening.

An estimated 13,000 people will be able to be in Galaxy’s Edge at any given point and guests could end up with ride wait times of six hours or more. That’s after waiting to get into the park and just to get over into the Star Wars section of the park.

Other estimates that will be of interest to Star Wars fans looking to visit Galaxy’s Edge in its opening days:

The biggest problems at Disneyland are going to be parking and crowd control inside of the park. Cast Members are going to have their hands full with directing guests in the correct direction and making sure that other avenues around the park aren’t blocked. Star Wars: Galaxy’s Edge is truly a land that is filled with high anticipation of its opening in 2019, but when the gates open, it is going to be absolutely filled with hundreds of thousands of guests.