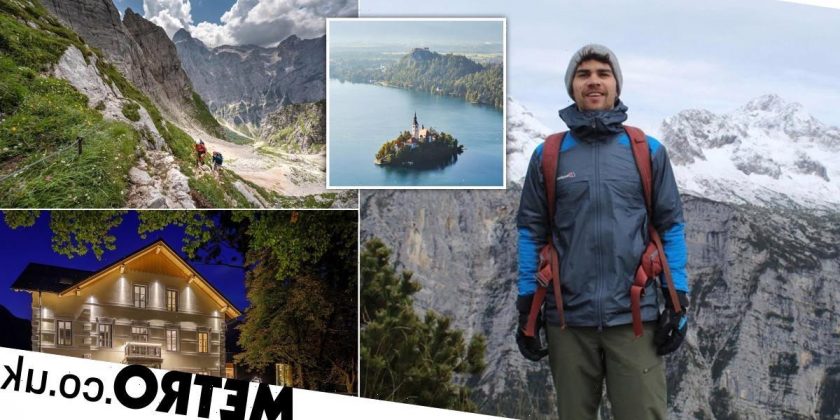 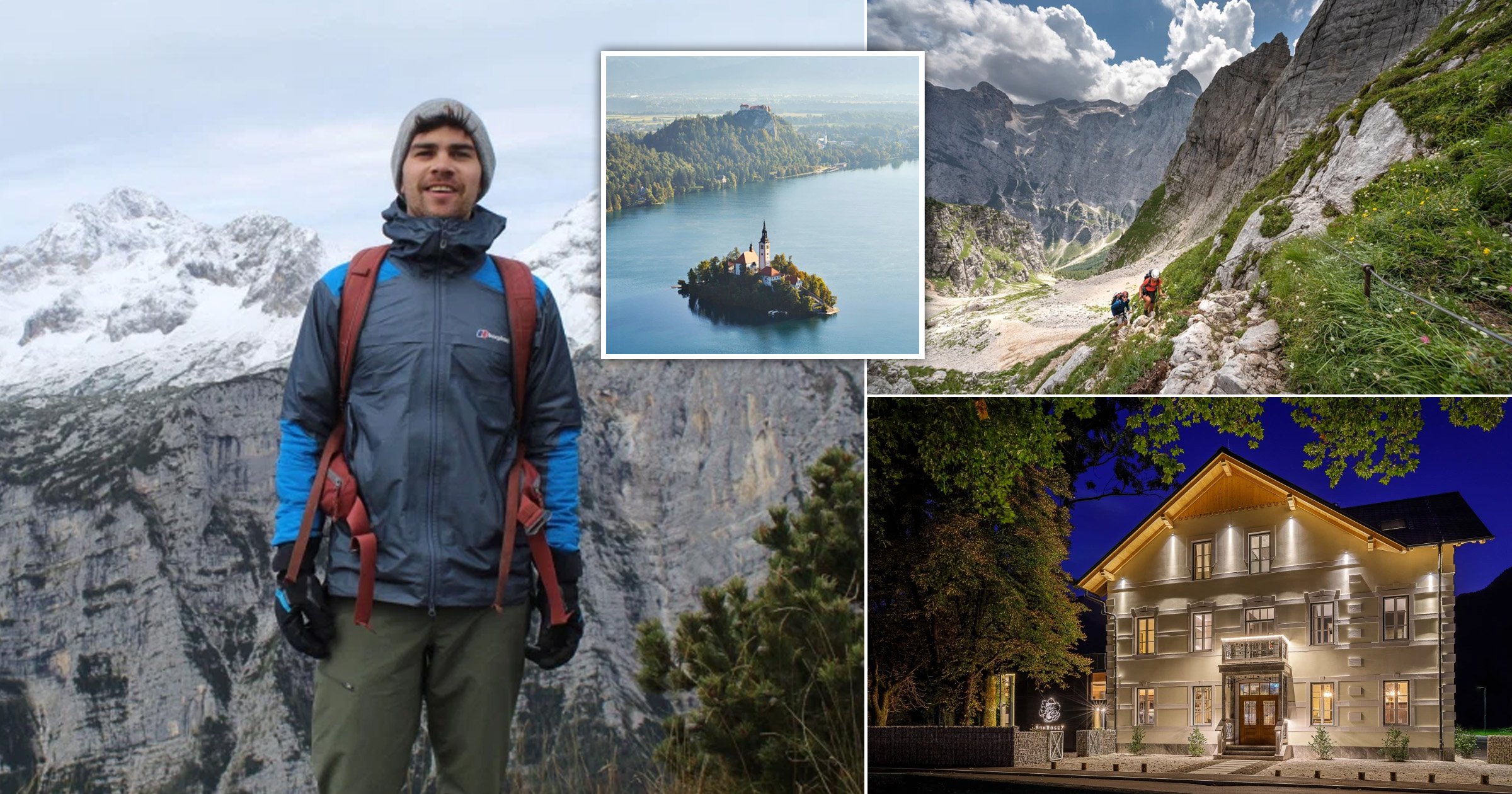 Me and Slovenia have history. It was here in 2015 I ruptured my spleen mountain biking on a trail in the mountain town of Kranjska Gora.

It was, being perfectly honest, entirely my own fault. Luckily, the healthcare in Slovenia is pretty good and the lush scenery I’d enjoyed beforehand had endeared me to the country.

My spleen and I have been back many times since.

I’m not the only Brit, ahem, falling for Slovenia, either. Since 2009, the number of overnight stays from the UK has more than doubled to almost 500,000.

But people are heading to just three main spots – Ljubljana, the capital, Piran, a resort city on Slovenia’s Adriatic coast, and Bled, a beautiful lake town lined by castles and mountains.

However, for the best of the country, you have to look beyond.

I’m back in Slovenia – and this time on foot – to try the new Juliana Trail, a circular 168-mile, 16-day, 16-stage trail around the Julian Alps.

If you were off sick during your school’s Slovenian geography day, you may not know that 60% of the country is forest – behind only Finland and Sweden in Europe. That’s a lot of trees – and it shows.

Cut to the top of a Slovenian mountain around 4,593ft above sea level. We’re halfway between the towns of Podbrdo and Bohinj, on stage eight of the trail.

We’ve been hiking through dense forest all morning with our guide Marko (although you can easily do this without one) and his mountain-rescue dog, Lily.

Rising quickly on the forest trails, we emerge out of the trees at the Vrh Bače saddle. It’s beyond scenic.

There are World War I bunkers built into the mountain-face behind us and perfect panoramas of the Baška Grapa valley below. The lush forests are only broken up by the tiny town of Podbrdo in the distance, where we started our day. We’ve not seen another person since.

A final ascent gives us views out to the Adriatic Sea on one side and all the way to the fearsome Mount Triglav, the highest point in Slovenia, on the other.

The Juliana Trail doesn’t take you up the 9,396ft Triglav but Triglav is at its centre – as it is at the centre of much of Slovenian folklore. Mountain guides say you can become an honorary citizen by climbing it.

Our descent from Vrh Bače takes us down into Bohinj. Only a 20-minute drive from Bled, Bohinj is its neglected big brother.

It is home to the biggest lake in Slovenia, and stunning valley views. But because it’s so close to Lake Bled, many only visit the latter. We settle in Bohinj for the night, in the boutique Sunrose 7 hotel (rooms from £138pn).

Slovenian gastronomy is brought to life here – breakfast ranges from potatoes and cottage cheese to lamb cuts and horseradish. All local and all the tastiest start to any day you could wish for.

This has been one of the most scenic stages of the Juliana Trail. In the days that follow, we also see some of the most diverse.

Stage four passes through the 15th-century town of Radovljica. Stages five and six take you from Lake Bled to Lake Bohinj via deep forest trails and big mountain views. We take a detour and summit Mt Viševnik at 6,726ft.

We combine stages 11 and 12 to hike along the Soča River, next to water so uniquely blue you’d swear it had been filtered on Instagram.

It takes us out at Kobarid, where we find a food festival, eat cinnamon struklji dumplings, drink beer and listen to a live orchestra in the old town.

I can also attest to the beauty of Kranjska Gora. The highlight of stage one of the Juliana, it’s where I once got a four-pint blood transplant and spent days in ICU.

If you do go, visit Lake Jasna. And ideally… don’t fall off a bike up a mountain.

The Juliana Trail isn’t for hardcore mountaineers, the kind who require an ice axe and weeks without washing to have an adventure.

But it is an amazing way to discover the culture of a country becoming increasingly known for its beauty, past just Bled and Ljubljana, and to get a proper detox from the digital world in among a mountainous world of green.

Milan Kučan, the first Slovene president, said it was the ‘duty’ of Slovenians to climb the 9,396ft Mount Triglav, which features on the country’s flag and coins.

There are various routes up and all require two days – one day hiking to the Kredarica mountain hut, one morning summiting via a vertigo-inducing via ferrata and one afternoon back down.

The Soča, put simply, has got to be one of the most beautiful rivers in the world.

The distinctive light blues are tough to believe even when you’re looking at them, which you’ll be doing a lot of if you go white-water rafting. You’ll probably be spending a bit of time in it, too.

Ajdovščina has a population of only 6,700, but the town has a lot going for it. It has an award-winning craft brewery, tasty wines, and because of wind conditions, it’s also renowned for its paragliding.

If you’ve got a head for heights, a hike through the Vipava Valley and a flight back down is special.

Slovenia is currently on the green list. Always check entry requirements before you travel at gov.uk.