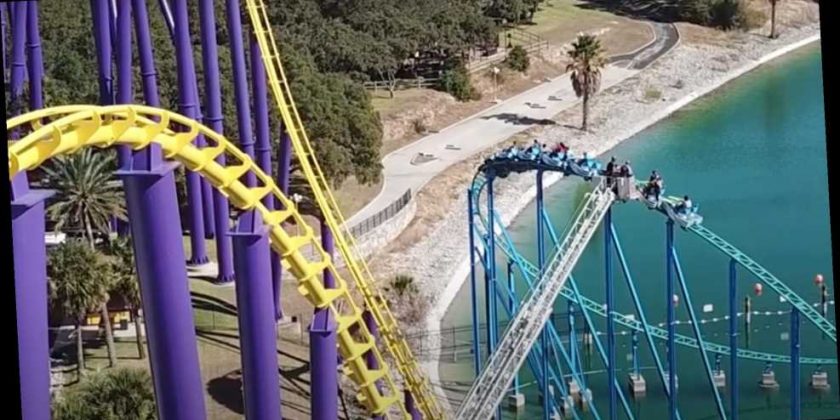 Roller coaster riders at SeaWorld in San Antonio had to be rescued this week after a stuck ride left them stranded in the air for over three hours.

On Sunday, the San Antonio Fire Department responded to a call from the amusement park around 1 p.m., requesting assistance for 13 guests trapped on Wave Breaker: The Rescue Coaster.

According to local television station WOAI, the ride was stuck at a slight angle at a high point on the ride.

Firefighters reported to the scene, where they used a cherry picker to evacuate the guests from the jet-ski-style ride, the San Antonio Express-News reported.

It took more than three hours for officials to successfully clear the coaster.

SeaWorld officials released a statement the following day about the incident, however, they did not say what caused the malfunction. "Consistent with our established safety protocols we worked with the San Antonio Fire Department to safely evacuate all guests on the ride," park officials said, according to WOAI.

"We apologize for the guest inconvenience. The safety of our employees and guests is our top priority," officials added.

SeaWorld closed all its parks on March 16 amid the ongoing COVID-19 pandemic. The San Antonio location reopened June 19 with "enhanced health and safety protocols."

In July, a similar situation occurred at a U.K. theme park, where roller coaster riders were stuck on a broken ride 150 feet in the air.

The Millennium roller coaster at Lincolnshire's Fantasy Island came to a sudden stop while climbing one of the ride's tallest inclines, stranding dozens of passengers for over an hour at the top of the coaster, according to local outlet Lincolnshire Live.

Theme park staff spent an hour trying to fix the issue before using harnesses to escort the passengers off the ride.

According to the outlet, many riders were terrified by the incident and were seen leaving the scene in tears.