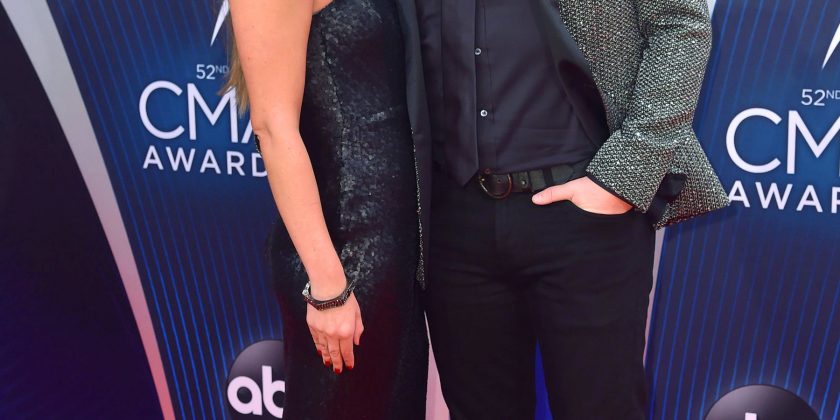 Newlywed life isn’t all glitz and glam for Scotty McCreery.

Despite his star status in country music, the American Idol winner says his wife of five months, Gabi Dugal, keeps him grounded by making sure he takes on his fair share of chores around the house.

“She’s my biggest fan, but at the same time she couldn’t care less — which is awesome,” McCreery, 25, told PeopleTV ahead of the 2018 Country Music Association Awards on Wednesday. “I get home and she’s like, ‘Just go take out the trash and do the laundry.’”

McCreery previously talked about being ready to face the challenges of married life with Dugal, including keeping their home neat and tidy.

“We’re both not the cleanest people in the world, so we gotta work on that,” McCreery told PEOPLE in June. “It’s a challenge I’m looking forward to!”

The couple tied the knot in North Carolina in June, and moved in together shortly after. Though they’ve known each other since kindergarten, they didn’t start dating until six years ago. So far, McCreery says, they’re “having a blast living together and starting a home.”

“It’s just been so much fun,” he says. “She’s definitely my better half.”

McCreery will head out on his Seasons Change tour throughout 2019 beginning on Nov. 29 and says his wife has gotten the chance to join him on the road in the past “a little bit.”

RELATED: Scotty McCreery and Wife Gabi Can’t Wait to Move in Together — Though Keeping the Place Clean May Be a ‘Challenge’

As for what he’s most excited about for the CMA Awards, McCreery says it comes down to “just catching up with everybody.”

“We see each other throughout the year on the road little by little, but never in one place,” he says. “It’s fun to see all the friends and family and celebrate country music.”

McCreery also dished on his plans for hitting the after parties with Dugal.

“We’re out until at least 5 or 6 a.m.,” he says with a laugh. “No, I don’t know. We’ll be out there tonight for a little bit, but we’re waking up early. We’re heading down to Memphis tomorrow for Christmas At Graceland. We’re lighting up Graceland for Christmas.”