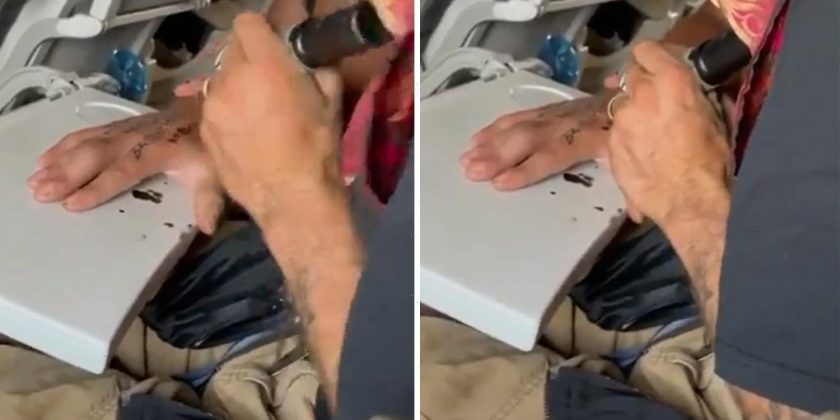 A PASSENGER left travellers stunned after he was caught giving a friend a TATTOO during a flight.

The man was caught using a tattoo gun while the plane was landing. 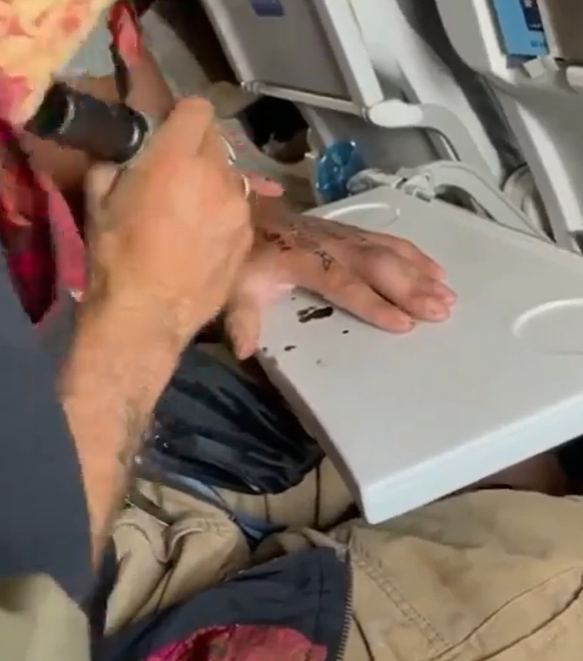 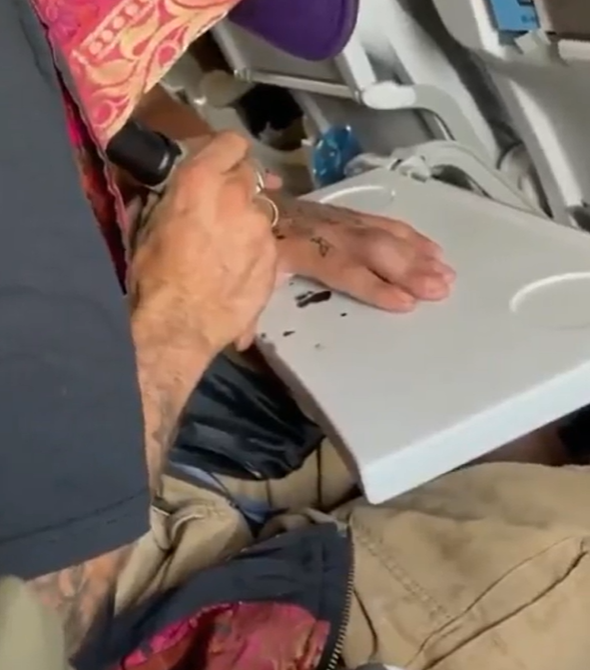 The video was posted by Instagram account Passenger Shaming, with the caption: "Thoughts and prayers for no turbulence."

The video shows the man using a tattoo gun on his friend's hand, although it isn't clear what he was drawing.

Leaning the hand on his tray table, large puddles of ink are seen splattering over it.

The video, filmed by another passenger, joked: "My man was getting in some tight and clean line work on his friend WHILE THE PLANE TOUCHED DOWN."

It has since been liked nearly 12,000 times, with most people stunned by how disgusting it was.

Someone commented: "This is absolutely revolting."

One person also wrote: "I’m just thinking of the tiny blood microspatters all over that tray."

Another added: "m constantly going to wonder what in AF happened in the seat before me now."

Someone else said: "Showing this to my husband so he can quit making fun of me for alcohol wiping the entire area every time we sit down on a plane."

Many people asked if tattoo guns are allowed onto the plane.

However, the TSA confirms that tattoo guns can be brought in both hand luggage and checked luggage.

When asked on social media, they said: "Tattoo needles and ink in container 3.4 oz or less are good to go in carry-on bags."

Here are some of the other weird things you are allowed to bring with you on a flight.

We've also rounded up the surprising things you CAN'T take onboard – and you are best leaving the Marmite at home.