A HOLIDAYMAKER complained after a young child tugged on his ears and removed his headphones during a flight.

Brian shared his misery in a video he posted on TikTok where he shows the gleeful baby 'pull his ears'. 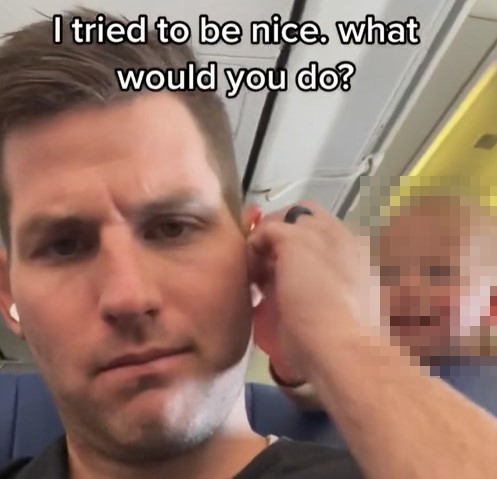 The social media influencer captioned it: "Kids on planes are the worst."

He then showed himself sitting down in an economy seat when the toddler behind him grabbed his ear and head pulling at his headphones – complete with a cheeky little grin.

Brian carefully moves the child's hand away, only for it to return on several occasions.

In a voiceover, he said: "I can’t believe these parents let their baby do this the entire flight. I tried to be nice. What would you do?"

The video quickly went viral and has since been viewed by 6 million people, liked by 127,000 users and received 10,000 comments.

Users were quick to notice the resemblance between the influencer and the child with many saying 'that's his kid', noting the similarities between their ears and eyes.

But the influencer later commented saying: "I have twins but this is not one of my twins."

Even so, many users weren't convinced and discussed the possibility of a third child in the comments.

However, those who thought the baby was a complete stranger to Brian weren't happy with the parents.

One person wrote: "Mom of two small boys, this isn’t ok and it’s ok for you to tell the parents that. They’re being incredibly inconsiderate."

Someone else added: "I have kids myself. The parents are being inconsiderate. I wouldn’t let my kids mess with the person’s ears in front of them."

A third said: "It’s not the kid it’s the parents!"

It's certainly not the first time a child has annoyed a passenger on a flight.

Recently, a woman divided opinion online after complaining about a child crying on her flight.

She said: "I have noise cancelling headphones, the child was WELL over five years old, and they sat directly behind me while kicking my chair as the mother slept."

In her video she wanted to know why adult-only fights weren't an option.

But some airlines have already answered calls for child-free planes – a budget airline has launched new cheap flights between the UK and Thailand – and there is even a section for passengers who want to avoid screaming kids. 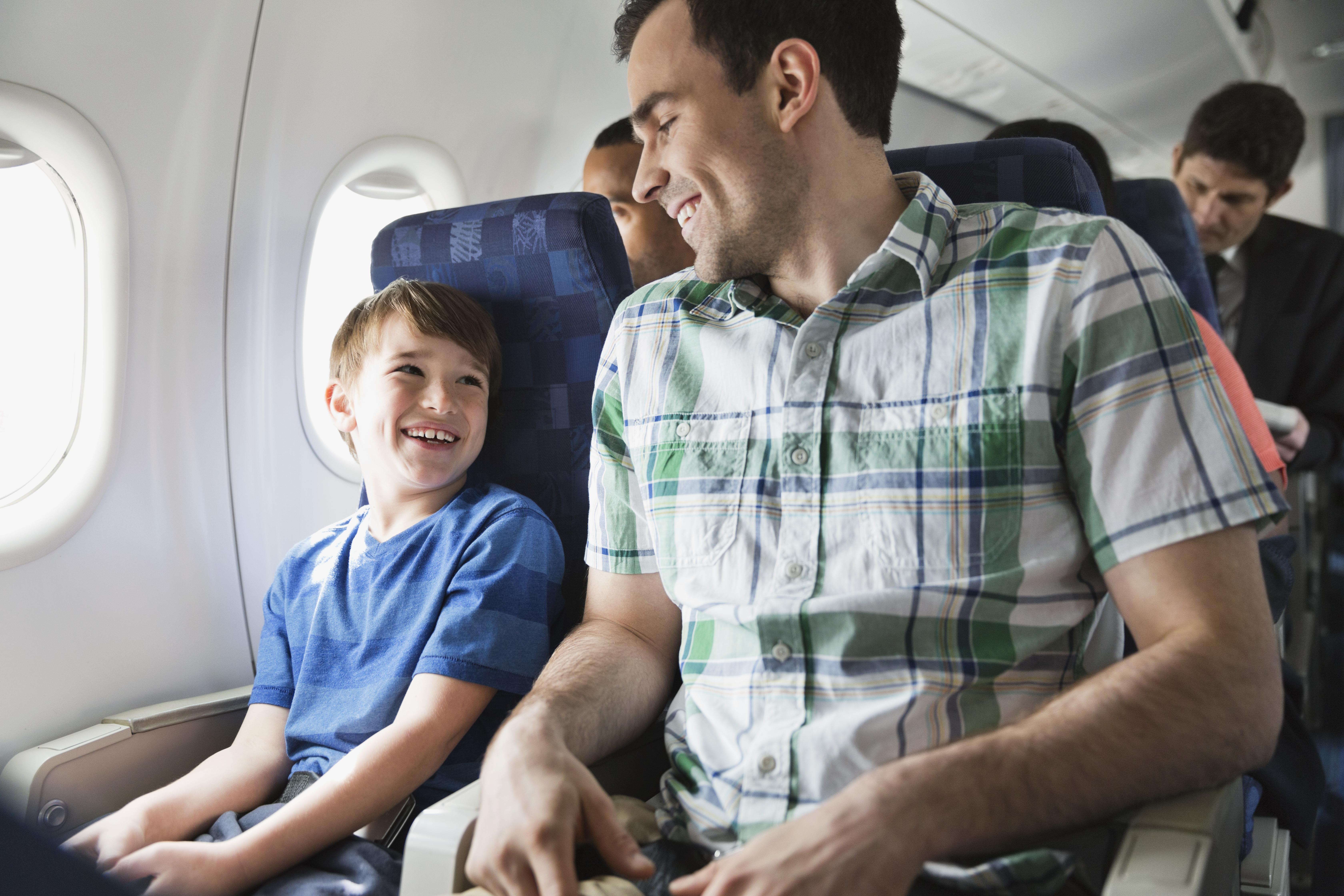