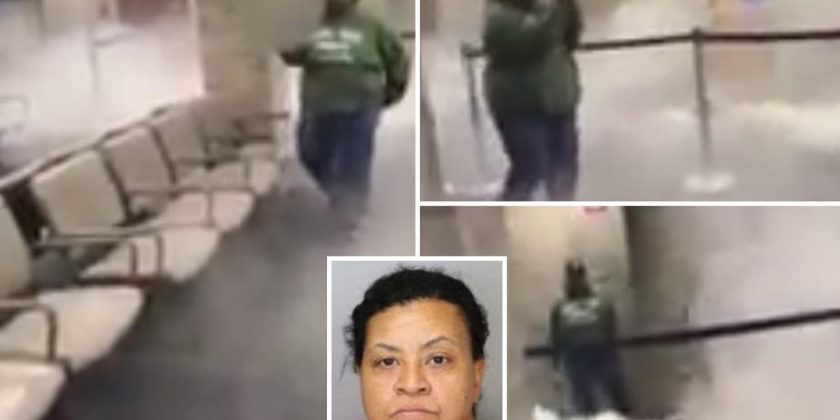 Tamiko Warner was filmed stomping around the airport and knocking over furniture before the lounge filled with fumes from the extinguisher. 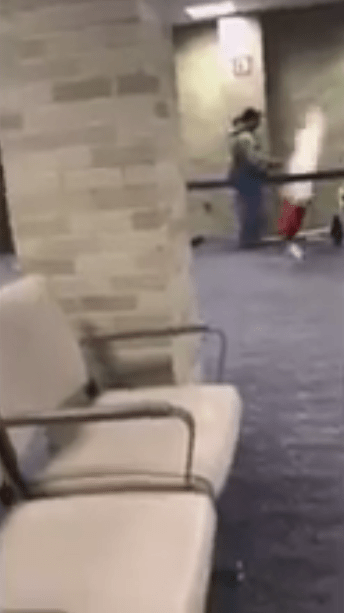 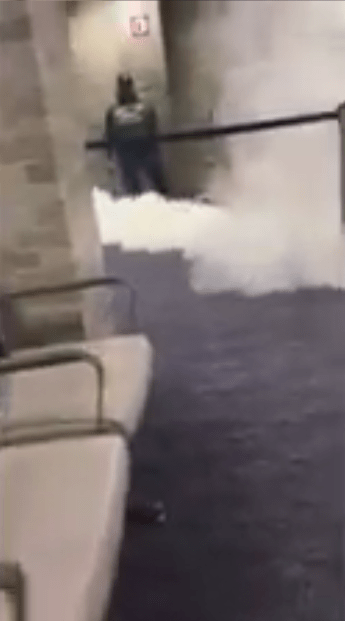 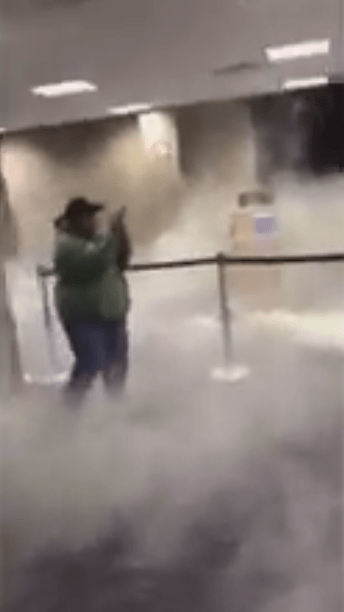 She starts clapping and then swears at the camera as she is caught on camera.

Joy 105 reports that Tamiko said: “I don’t care about going to jail. Whatever. This is worth it.”

Her outburst carried on for five minutes in which she is reported to have caused “several thousands of dollars of damage”.

Another passenger at the airport called Maria Ribera commented: “That’s terrible. I think people need to check themselves before acting like this in public.” 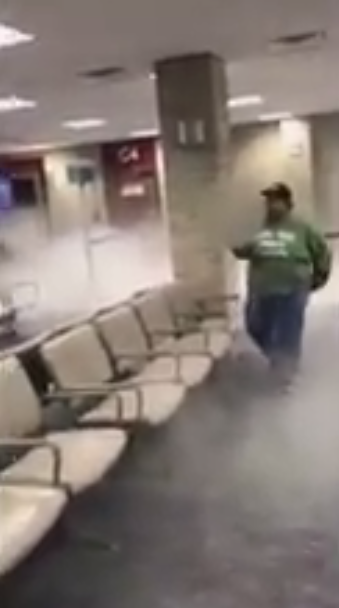 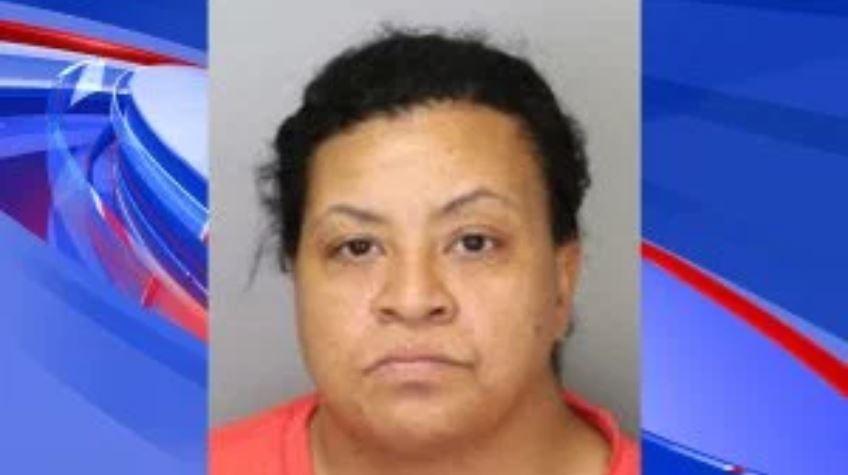 Tamiko was arrested and charged with disorderly conduct and vandalism.

Last week Ryanair passengers cheered as a man was hauled off a plane by police.

The Lisbon-bound plane was forced to turn back to London after take-off on Thursday morning and touched back down on the tarmac not long after leaving Stansted Airport.

In the footage, passengers can be seen standing in the aisle of the plane and a row of seats while gesturing at each other.

In another clip, a man in a jumper and cap can be seen leaving the plane while police officers stand nearby and passengers cheer his departure, clapping and shouting "out".

One passenger told the Mail Online: "There wasn’t an actual fight, no one got punched it was just threats. Apparently one of the guys was stepping on the other, so he pushed him."

The witness also said a mobile phone was dropped and the men started to threaten to fight each other.

It's claimed one man was escorted off the flight by police while a second answered questions on the flight.

"While we never saw the first guy again, the second one was able to board the second flight," the witness said.

One woman, who wishes to remain anonymous, told The Sun Online: "We are on a flight from Stansted to Lisbon that was supposed to depart at 11:50am. I think we were 15 minutes into our flight when the captain warned us we would be returning to the airport.

"When we landed two military men came in and removed one of the passengers. I didn’t see the fight myself but it seems to have started because one of them broke the other’s phone."

Sun Online previously revealed the moment a drunk Heathrow pilot was arrested while almost 10 times over the alcohol limit.