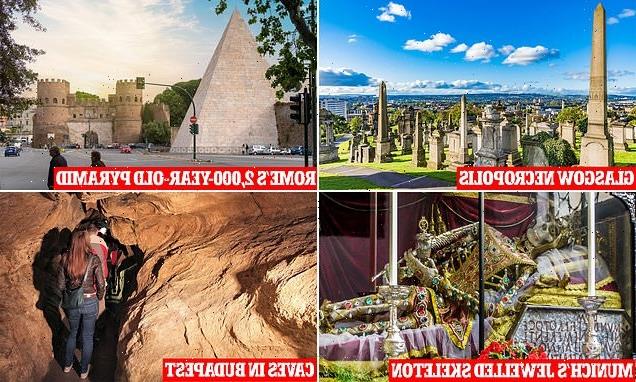 A bejewelled skeleton in Munich, a grand graveyard in Glasgow and a pyramid in ROME: Nine fascinating lesser-known tourist attractions in Europe revealed

When it comes to tourist attractions, Europe still has a few surprises up its sleeve – as we show here with a list of nine lesser-known, but truly fascinating, sights to make your next holiday extra memorable.

There’s a gem-studded human skeleton displayed in a glass case in Munich, Amsterdam’s Museum of Fluorescent Art, a vast Victorian cemetery in Glasgow and a pyramid in Rome.

Which would you visit? Scroll down for the full list… 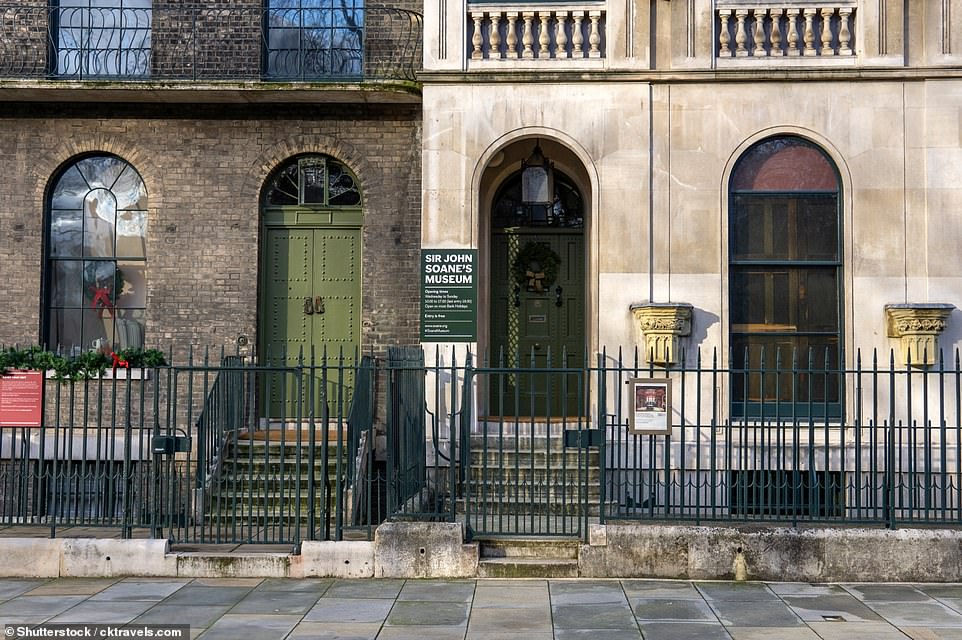 Sir John Soane’s Museum in London’s Holborn area displays fascinating items that belonged to renowned architect Sir John Soane (1753-1837). The museum occupies three buildings – Nos 12, 13 and 14 Lincoln’s Inn Fields. These were used as a home and office by Sir John, and eventually as a museum as well, to house his ever-expanding horde of treasures 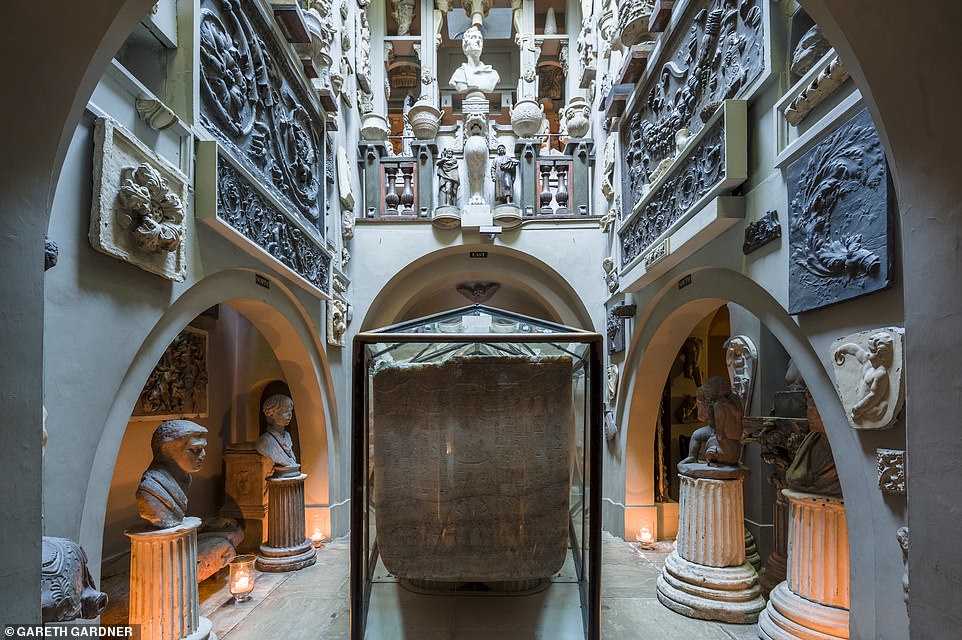 Pictured is the Sepulchral Chamber in the basement of the Sir John Soane’s Museum. It’s home to the sarcophagus of Egyptian Pharaoh Seti I, who died in 1279BC 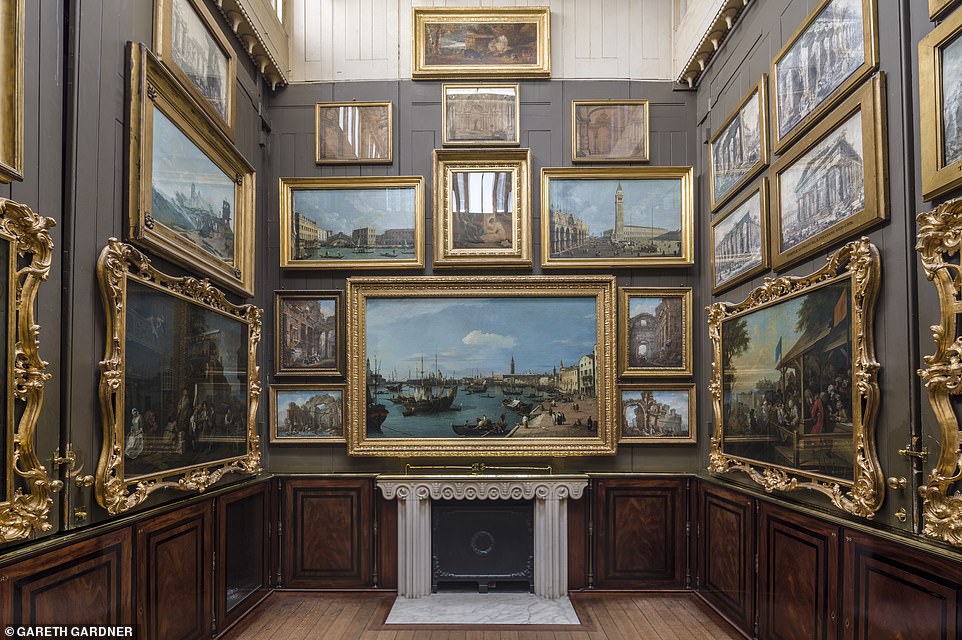 This is the Picture Room at the Sir John Soane’s Museum. Masterpieces by Hogarth, Canaletto, Turner and Piranesi are all hung on the walls here

London’s V&A, Natural History, Science and British museums soak up most of the museum limelight in the UK capital. But the Sir John Soane’s Museum, in Holborn, should not be left in the shadows, as it houses an astonishing collection that includes masterpieces by Hogarth, Canaletto, Turner and Piranesi and the sarcophagus of the Egyptian Pharaoh Seti I (died 1279BC).

They belonged to renowned British architect Sir John Soane (born 1753) and were just some of the thousands of notable items that he had amassed by the time he died in 1837.

The museum occupies three buildings, its website explains – Nos 12, 13 and 14 Lincoln’s Inn Fields. Sir John ‘acquired and rebuilt each during his lifetime’ and used them as a home and office, and eventually as a museum to house his ever-expanding horde of treasures.

The website continues: ‘In 1833, Soane negotiated a private Act of Parliament: to preserve his house and collection, exactly as it was arranged at the time of his death, in perpetuity – and to keep it open and free for inspiration and education. The organisation of the museum can at first glance seem crowded and even chaotic. However, it is, in fact, purposeful, with each interior being a work of art in its own right.’ 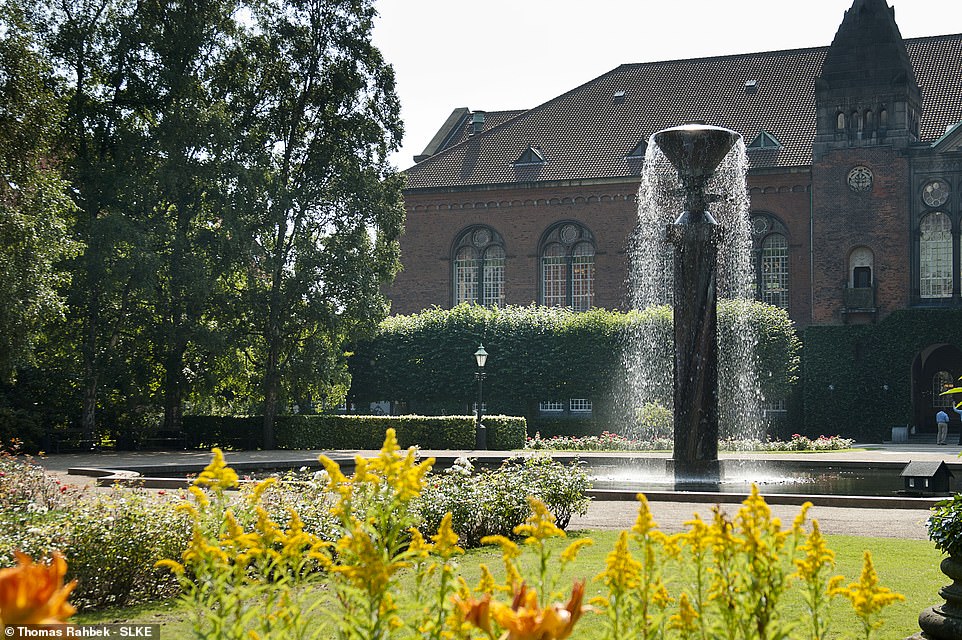 Located between Christiansborg Palace and the Royal Library itself, Copenhagen’s secret Royal Library Garden is said to be one of the most tranquil spots in the city. Pictured is the water feature, a 26ft-high copper column designed as a tribute to the written word 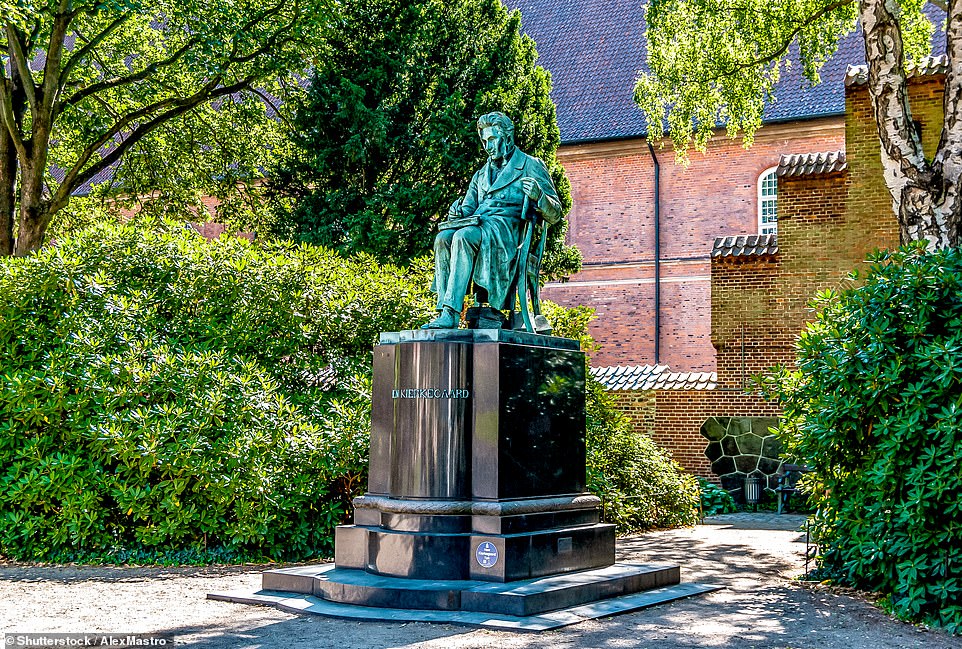 Copenhagen’s secret Royal Library Garden is said to be one of the most tranquil spots in the city.

The oasis – located on the site of a former military port in the middle of the city between Christiansborg Palace and the Royal Library itself – was laid out in 1920 by garden architect Jens Peder Andersen and castle architect Thorvald Jorgensen.

In the middle is a sculpture of Danish philosopher Soren Kierkegaard and visitors can also gaze upon a 26ft-high (eight-metre) copper fountain designed ‘as a monument to the book and the written word’, according to the garden’s website. 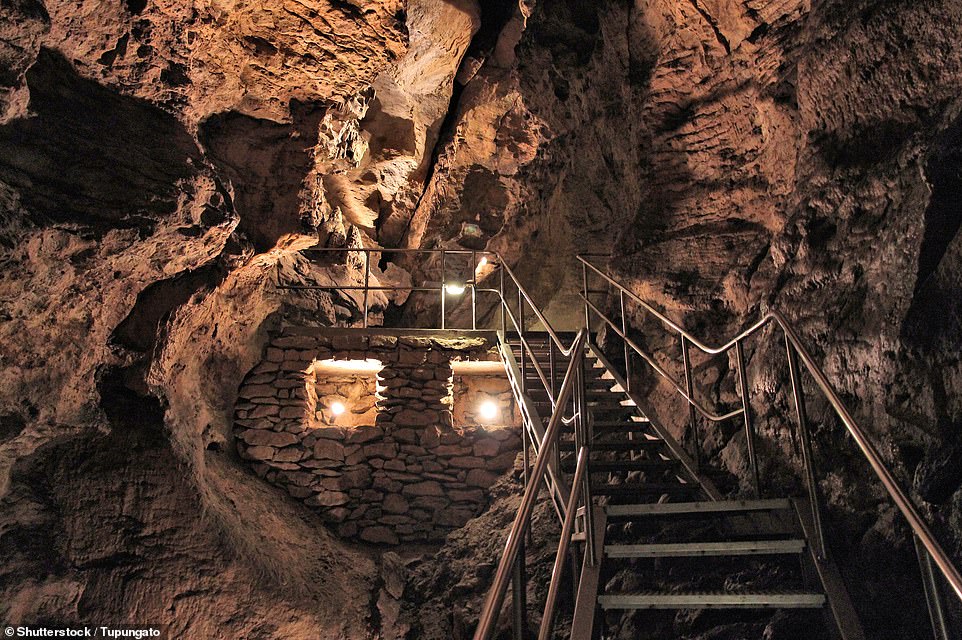 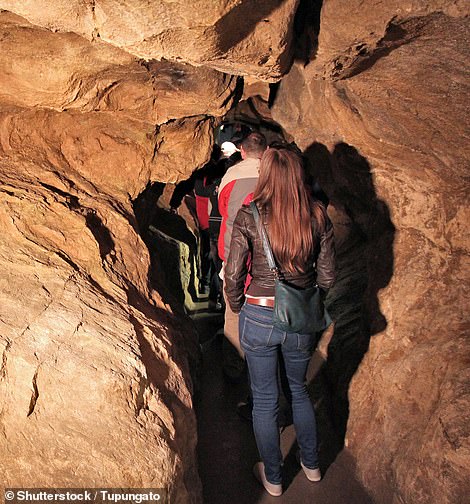 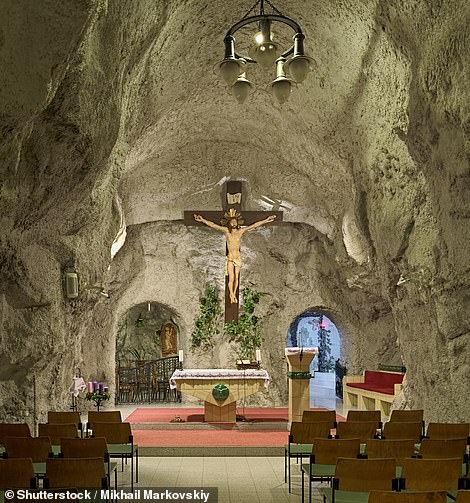 Visitors walk through a passageway in Szemlo-Hegyi cave (left), while the picture on the right shows the main chapel in the Gellert Hill cave church

What lies beneath Budapest is truly amazing.

The Hungarian capital harbours dozens of geothermal springs and around 200 caves with Tripadvisor offering tours of two that are ‘well-lit with paved surfaces’ – Szemlo-Hegyi and Palvolgyi.

Visitors can expect journeys into fairy-tale worlds, with sights that include spectacular stalactites and stalagmites. The tours are apparently comfortable even for those who suffer from claustrophobia.

Another subterranean world worth investigating in Budapest are the caves of Gellert Hill, home to a fascinating ‘cave church’. 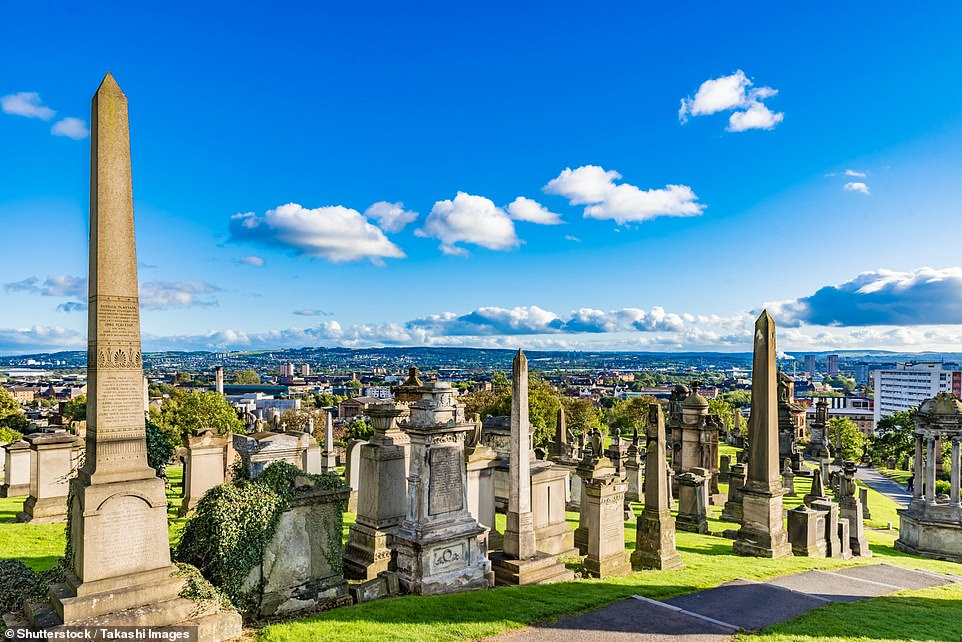 Glasgow Necropolis, near St Mungo’s Cathedral, covers 37 acres and is the final resting place for around 50,000 people 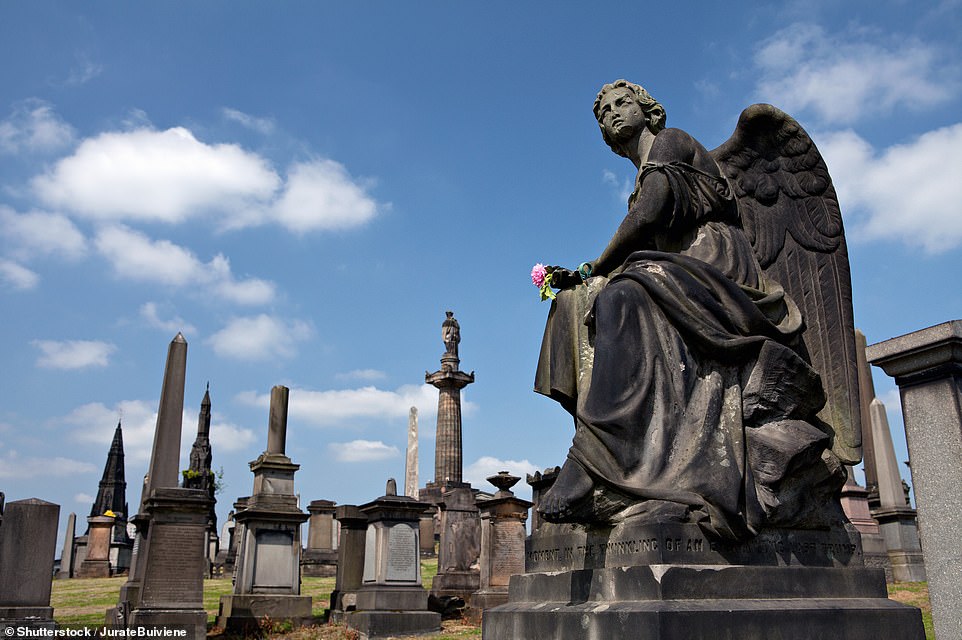 There are 3,500 visible tombs and mausoleums, with the website dedicated to the Victorian complex revealing that it’s also home to 180 species of flowering plants and trees, plus roe deer, bats and voles

Glasgow Necropolis, near St Mungo’s Cathedral, covers 37 acres and is the final resting place for around 50,000 people.

There are 3,500 visible tombs and mausoleums, with the website dedicated to the Victorian complex revealing that it’s also home to 180 species of flowering plants and trees, plus roe deer, bats and voles.

The Friends of Glasgow Necropolis organisation offers walking tours with ‘extremely well-informed volunteer guides’, who reveal some of the stories behind the people interred on the site. 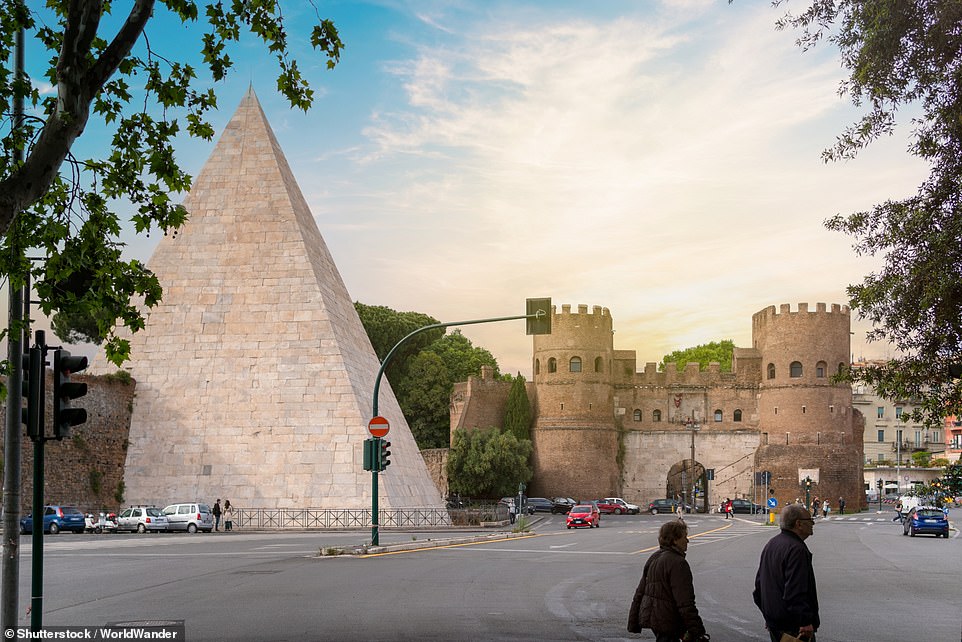 The Pyramid of Cestius was built as a tomb between 18BC and 12BC for Gaius Cestius, an important magistrate 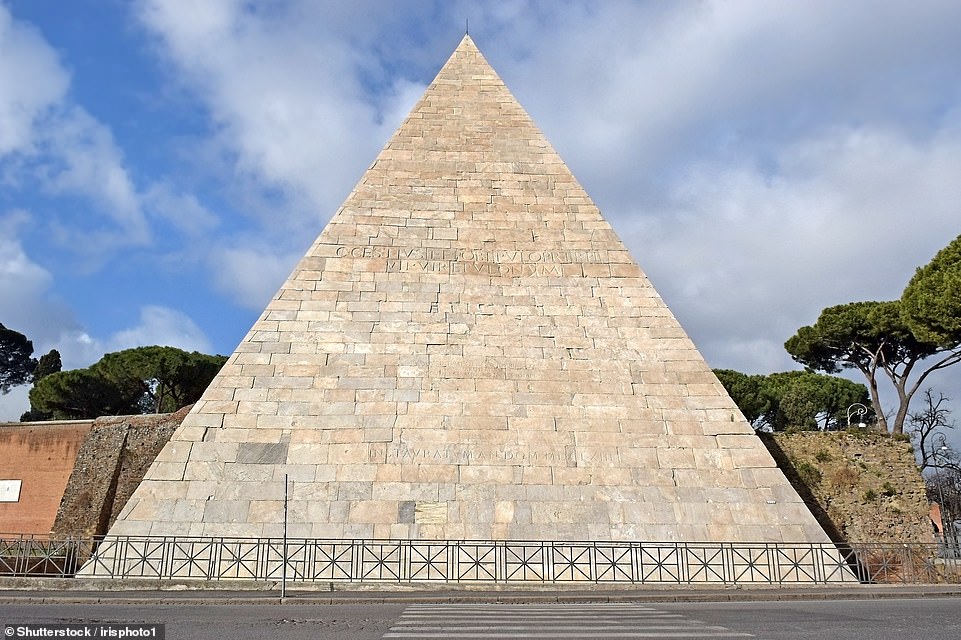 No, your eyes do not deceive you. It’s Rome. And yes, that’s a pyramid.

It’s located in the central Ostiense area of the Italian capital opposite the Piramide train station and is a tomb for the politician and priest Caius Cestius and his family.

It’s possible to tour the structure, though at the time of writing it was listed as being temporarily closed. Click here for more. 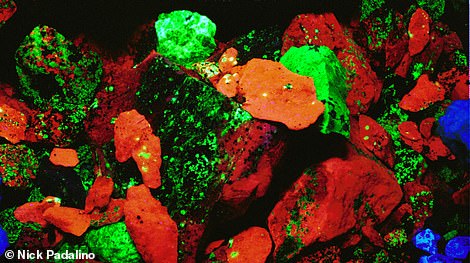 Exhibits in the Museum of Fluorescent Art glow in UV light

’Electric Ladyland – the First Museum of Fluorescent Art’ opened in 1999 and according to the attraction’s website, is the first museum in the world that is ‘totally devoted to the phenomenon of fluorescence’.

Everything inside it has been designed to glow under UV light.

The museum, located in the Jordaan neighbourhood near the Anne Frank house, says: ‘The guided tour of the museum includes demonstrations of large collections of fluorescent minerals from all over the world. These very common rocks burst into dazzling colours when seen under different wavelengths of light. This never fails to amaze visitors.’ 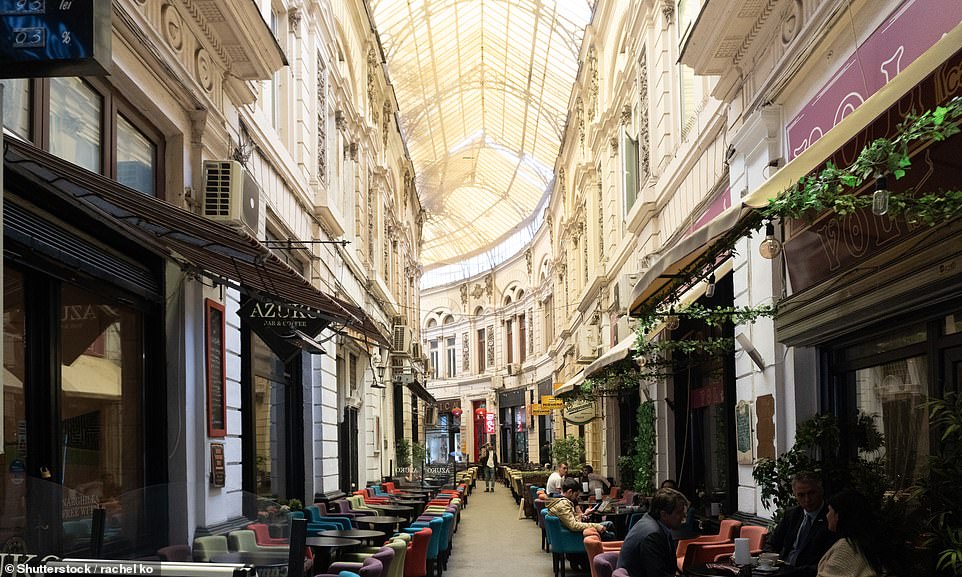 Macca-Vilacrosse Passage brings a splash of Paris and Milan to Bucharest, the capital of Romania 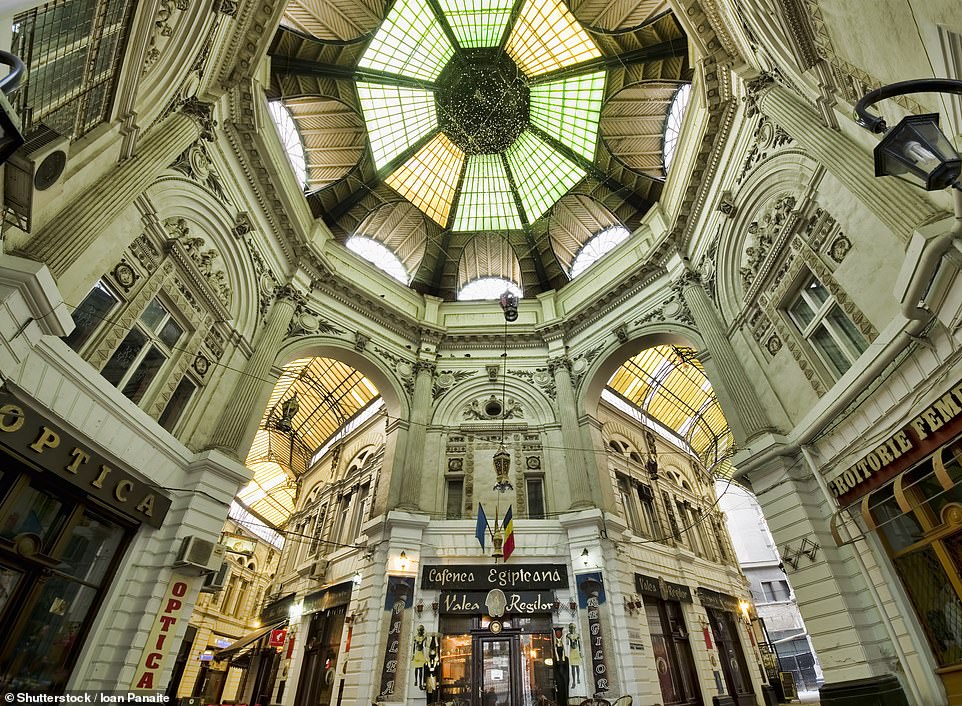 This grandly decorated 19th-century passage, designed by architect Felix Xenopol, brings a splash of Paris and Milan to Bucharest, the capital of Romania.

In fact, it’s said to be one of the reasons why Bucharest was called the Paris of the East.

It’s an eye-catching spot to hang out in – it’s home to numerous bars and cafes – and to shop in. Visitors will find several luxury jewellery shops in the gem of a mall. 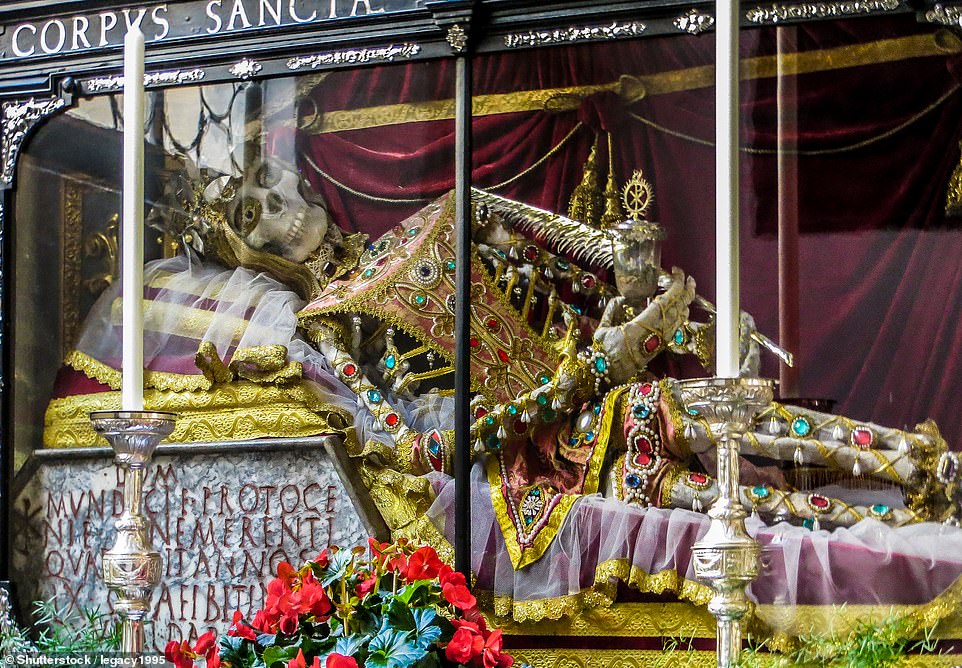 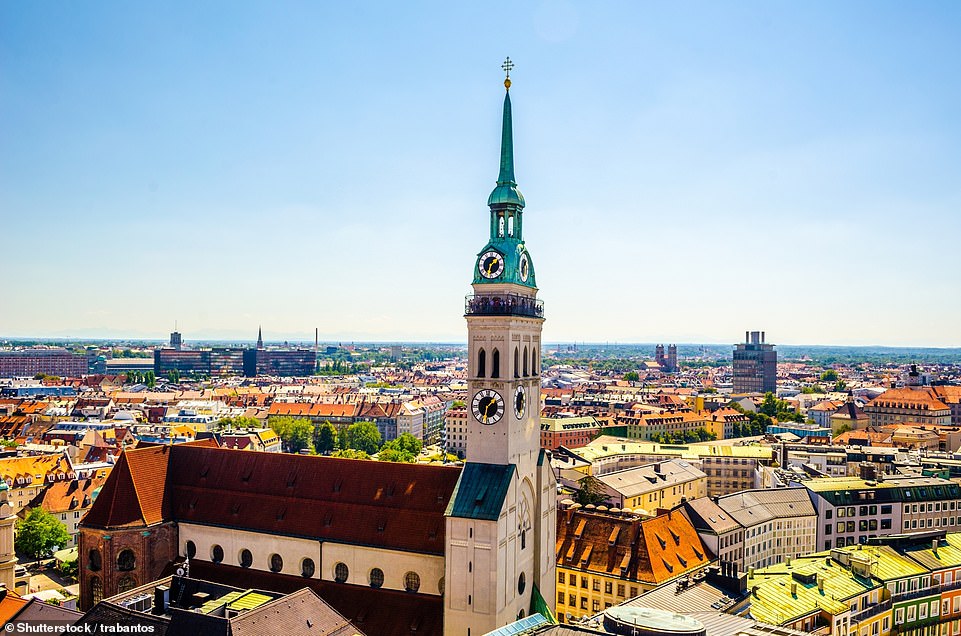 Pictured is the exterior of St Peter’s Church, which has a 91m- (299ft) tall bell tower that visitors can climb via 14 flights of stairs

In Saint Peter’s Church in Munich is a sight that’s at once chilling and mesmerising – a gem-studded human skeleton in a glass coffin.

The remains are those of Saint Munditia, put on display in 1804 after being transferred from catacombs in Rome in 1675.

She’s believed to have been beheaded with a hatchet in 310AD, then she subsequently became a ‘catacomb saint’, decorated in dazzling style to personify the magnificence of the afterlife, according to art historian and author Paul Koudounaris. He told Simthsonianmag.com that skeletons such as Saint Munditia are ‘pieces of art created in human bone’. 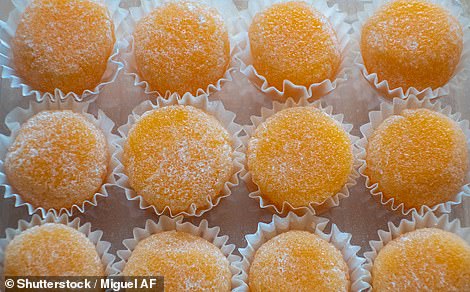 Also of note at St Peter’s Church is the 91m- (299ft) tall bell tower, which visitors can summit via 14 flights of stairs.

Convento de San Leandro has a wooden door in the foyer.

Look inside and you will find a hidden revolving tray within it.

Here you can buy sweets made by the convent’s hermit nuns called yemas. The nuns have been making the treats – a mixture of sugar, lemon juice and egg yolks – for more than 400 years.