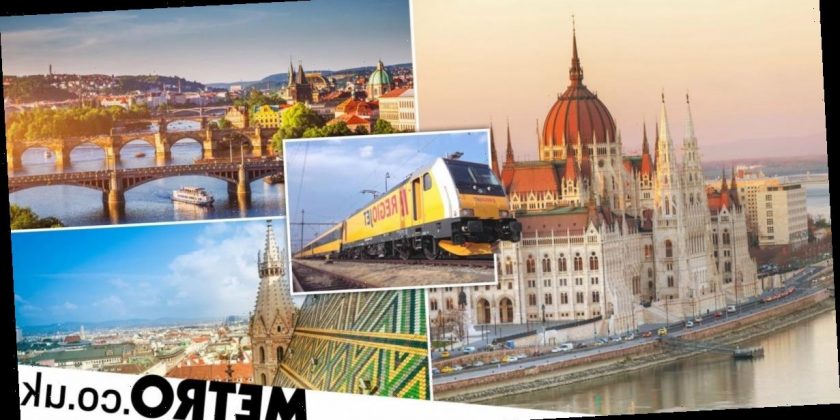 Airlines and train lines are really tempting us to get away recently with super cheap deals.

Czech train network RegioJet is also getting in on the action by offering travellers journeys to European cities, with tickets starting at a mere £12.

RegioJet has launched two new routes that connect Vienna and Prague to Budapest, meaning you can see all three cities for little over £30.

One of these new routes allows you to take a RegioJet train from Vienna to Budapest, which takes two hours and 45 minutes, costing you €9 (£8).

Or you can go from Prague to Budapest on a seven-hour train journey that will cost you €16 (£14).

There is also an older train that connects Vienna to Prague, with tickets starting at €12 (£10).

This route has been unavailable since March due to the coronavirus outbreak but is once again open for travellers.

The two new routes mean you can start travelling from Vienna, then go to Prague to Budapest and the entire journey could cost you just £32.

While Prague to Budapest is a much shorter journey via a plane, the longer train journey of seven hours allows guests to enjoy the scenic route.

And RegioJet owner Radim Jančura hopes the eco-friendly aspect of this mode of travel will be more appealing to travellers.

Radim told Euro News: ‘Especially (for the) young generation, they would like to be more ecological. So it means they will prefer to travel by train, if the travelling time is four to six hours’.

Rail lines have been competing with airlines and are offering low prices to entice customers to travel with them again.

They also have amenities that are similar to air travel to appeal to passengers.

The RegioJet trains offer a similar level of comfort to air travel, with built-in touchscreens, Wi-Fi service for all carriages, and food service.

However, the new journeys are not available to American travellers yet but European residents can purchase tickets.

If you’re keen to buy tickets but aren’t sure about travelling right now then it’s worth noting that RegioJet is well-known for its cheap tickets (and is especially popular with students).

So even if you want to buy later, prices may still be pretty low.