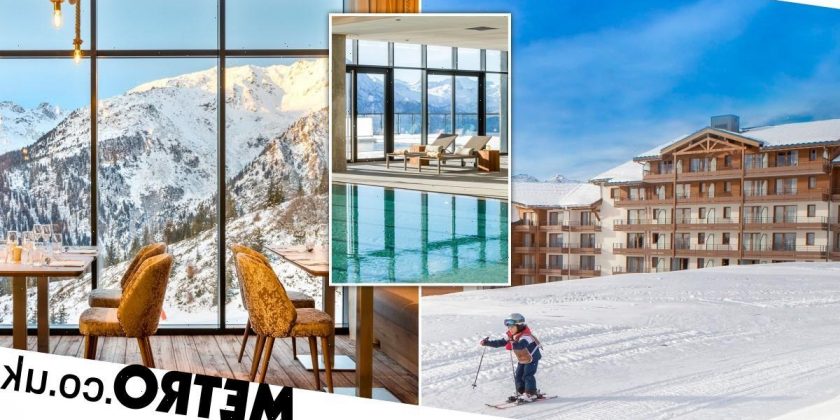 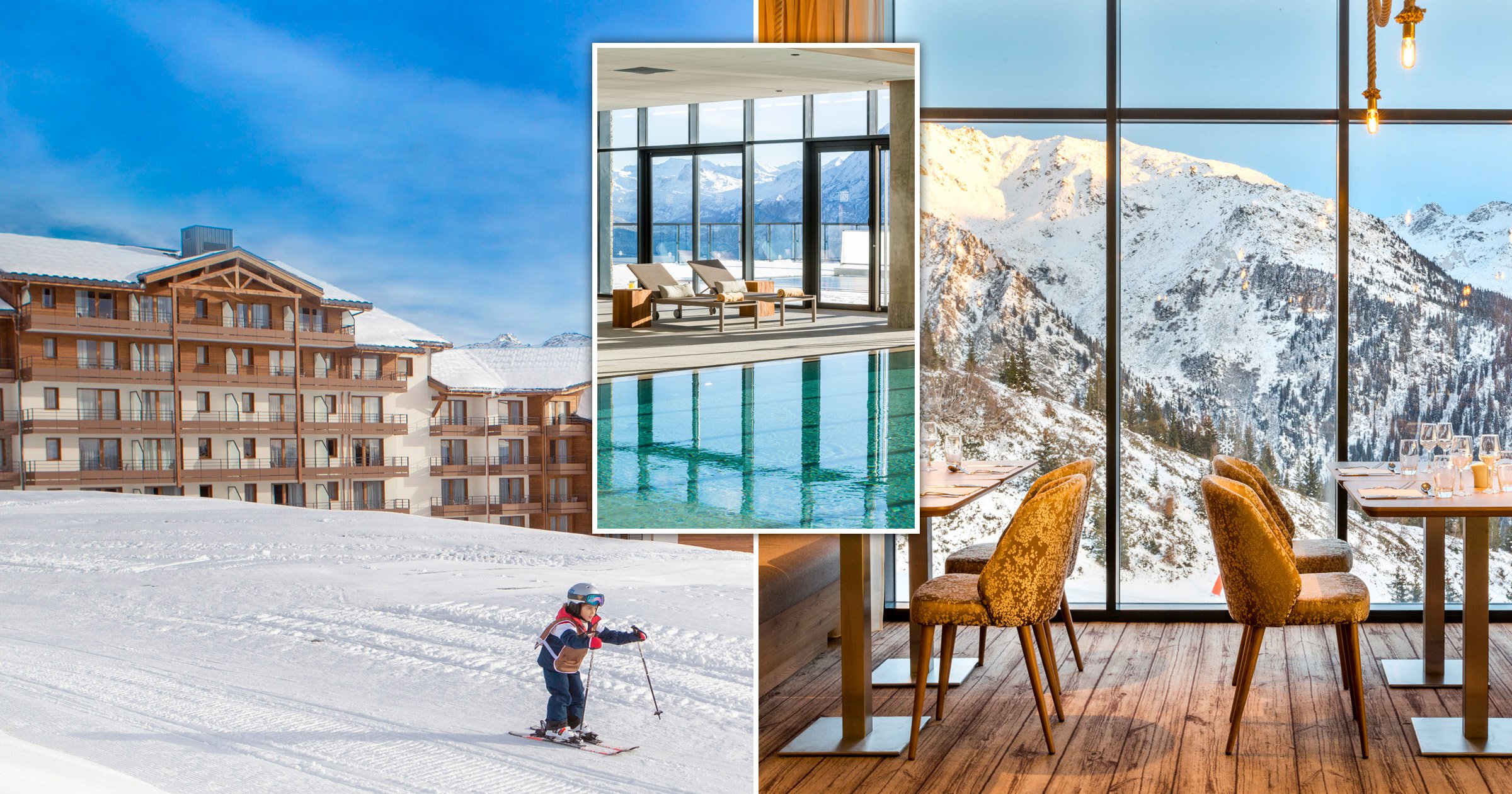 It’s dawn. Mouth ajar, I scan a vista of snow-capped peaks with my weary eyes, trying to take in the enchanting alpenglow that’s burnt into the sides of some spectacular summits.

Below, stratus clouds hang eerily on the tips of alpine trees that are freshly peppered with snow.

This is the view from my room at Club Med’s newest ski resort, La Rosière, which sits 6,400ft above sea level in the Tarentaise Valley of the French Alps.

After a late arrival the previous night, I wasn’t thrilled about the early start. And then I drew open the curtains…

Impatient to get out there, I squeeze into salopettes and head for breakfast at the main restaurant, Le Mont Valaisan, named after one of the highest peaks in the area.

Despite my eagerness, I’m aware no alpine ski should be tackled without a stomach full of French fodder.

I chow down on all-you-can-eat local cuisine beside floor-to-ceiling windows that showcase a sweeping panorama – a constant reminder of the winter wonderland that awaits outside.

I shovel in the last crumbs of my croque madame and head to the locker where my board, boots and helmet are ready and waiting.

Then snow crunches satisfyingly under my ski boot as I take in my first, wonderful lungful of alpine air.

As you’d expect from accommodation that’s engulfed in snow for half the year, everything is designed to feel cosy and inviting.

Thanks to the dominating stone and wood cladding, a log cabin vibe is apparent throughout but it’s done tastefully, offering a more intimate feel than your standard ski hotel.

These interiors have been developed alongside the local Montvalezan community, which is why it feels authentic but modern.

Still, there are spaces to escape the kids, such as the intimate San Bernardo Gourmet Lounge, which offers a more mature experience and an à la carte menu featuring specialities of the Savoie and Aosta Valley.

Expect hearty fare, from tometta cheese and polenta with ceps, to tartiflette and fondue savoyarde.

Yes, you’ll see your fair share of middle-class, die-hard, Club Med-fan families who wouldn’t dream of holidaying anywhere else, but the brand is beginning to appeal to a wider audience who have the joy of discovering its quirky after-dinner entertainment, like themed costume parties.

Don’t worry, it won’t be long before you submit to its cheesy charm.

Off-slope, the purpose-built ski village of La Rosière offers plentiful activities for those fancying a break from snow sports, such as bowling (£8.30) or the cinema (£6.60).

It also hosts events and competitions over winter, attracting some of the world’s best freestyle skiers.

Its position on the Italian border also makes it a great venue for air-related snow sports such as heli-skiing.

Shops in the village are mostly for ski essentials so for a wider offering, head to the neighbouring town of Bourg-Saint-Maurice.