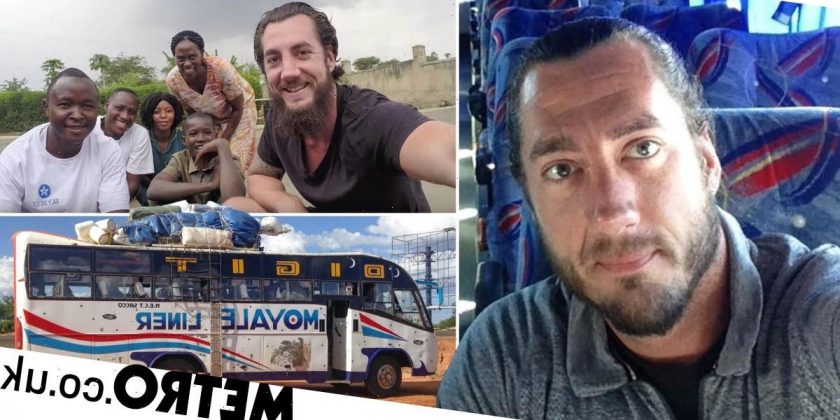 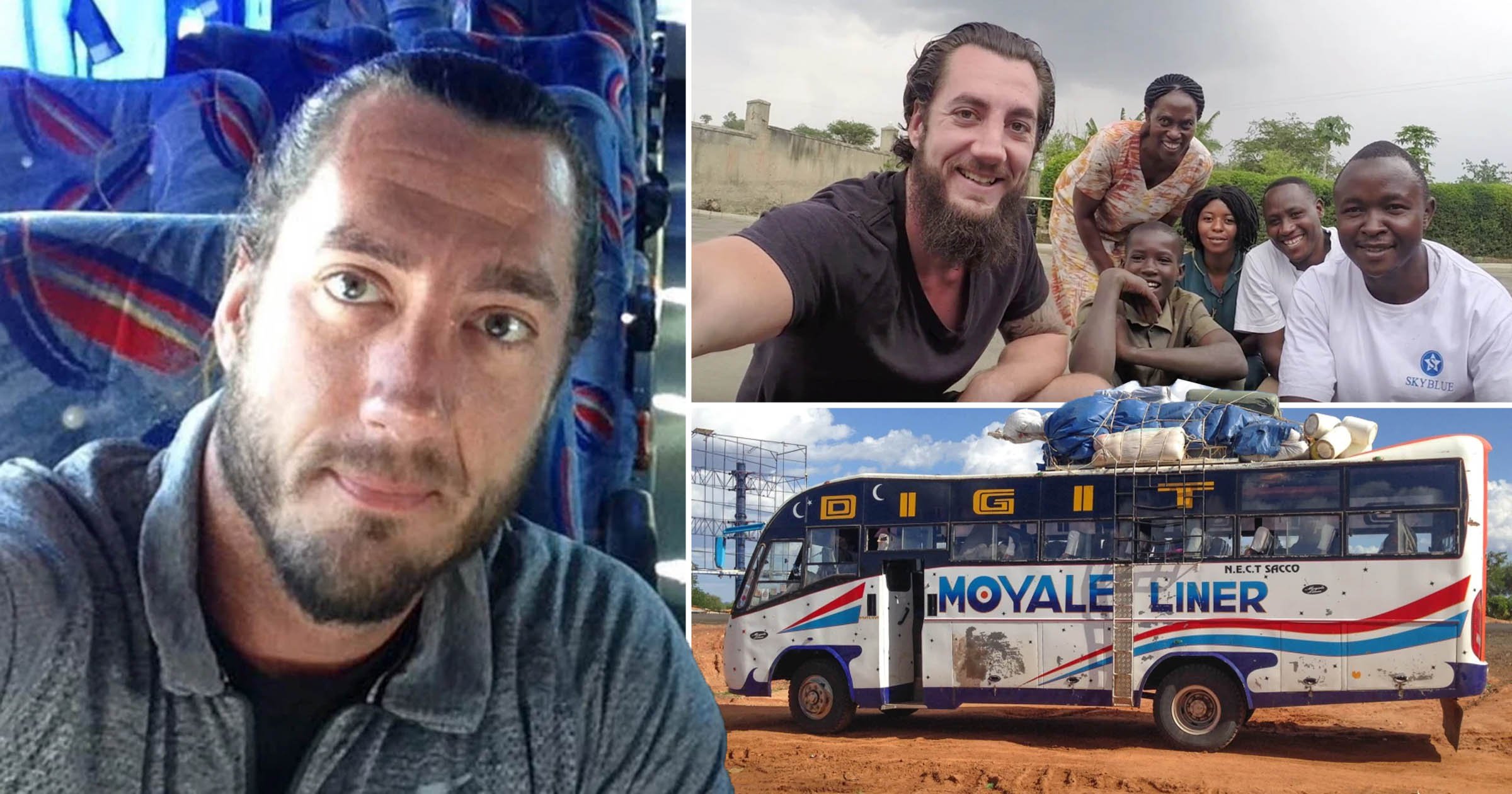 American Eric Giuliani knows what it’s like to walk the sharp edge of adventure.

At the age of 34, as one of only a handful of passengers on the Trans-Siberian Express to Beijing, he ran out of food two days before he arrived because the dining car was mysteriously disconnected in Mongolia.

‘I was so weak, I wobbled when I walked,’ he wrote in the book he’s recently published about his experiences: Sky’s The Limit — One Man’s 70,000-Mile Journey Around The World.

‘Yeah, riding the Trans-Siberian in the middle of winter was a pretty crazy idea,’ says Giuliani from his base in Florida. ‘I’d already missed my connecting train and got stuck in Novosibirsk, Siberia, for several days, where it was minus 20.’

So what possessed Giuliani to leave a comfortable existence teaching in Miami and undergo experiences such as freezing off his nether regions in one of the world’s most inhospitable climates? In 2013, Giuliani was climbing the corporate ladder in education but becoming increasingly dissatisfied.

‘I didn’t really like my career, the monotony and routine of it,’ he says. ‘I’ve always loved to travel and was keen to do something unique. I wanted to see what was in between the world’s major cities — to really see the dirt and the sand as I crossed the Sahara desert, not just fly over it.

‘And while keeping my carbon footprint low wasn’t initially the main reason for doing this, it’s always been important to me to take care of the planet and I knew travelling this way would help keep it as I found it.’

Giuliani’s masterplan was to barter his way around the world offering hotels his services as a photographer and film-maker in return for bed and board — and in 2014 he took his only flight, to his starting point in Cape Town.

He then spent three years crossing seven continents and 50 countries without flying, and his book has already been described as ‘Eat, Pray, Love meets Bear Grylls’.

‘I started in Africa and took buses from Cape Town to Cairo, then travelled through the Middle East, Jordan and Israel, and took my first cargo ship from Israel to Greece,’ he says.

‘I then zigzagged my way around Europe to London.’ It wasn’t all plain sailing. ‘Some of the bus rides in Africa would be 15 or 20 hours long and I’d get tired and run down. I had severe dehydration on two or three occasions and got sick.’

There were a few times he considered ditching his no-flight rule, including in Kenya.

‘I was there during the Garissa University attack, when 148 people were killed,’ he says. ‘The next day I had to take a 20-hour bus ride through that region where Al-Shabaab terrorists were still on the loose. Catching a plane out of there would have been justified but I kept on.’

From Beijing, he wound down through China and South East Asia, picked up a ship in Bali and sailed to Australia, where he boarded a cargo ship in Sydney and crossed the Pacific to the US.

‘It’s a month at sea — fun for the first two days but the novelty soon wears off,’ says Eric. ‘There’s no TV or wi-fi and all the men working on the ship have been on there for eight or nine months so it can have a very macho, angry atmosphere. I don’t recommend it as a fun way to travel.’

The intrepid explorer then conquered North America and Canada, where he did succumb to using a car, picked up another cargo ship to Colombia, then ventured through Ecuador, Peru and Chile to Ushuaia, on the southern tip of Argentina, where he bartered his way on to a cruise ship to Antarctica.

‘Antarctica was the most surprising place I visited — such pure natural beauty was unexpected,’ he says. ‘The ship would sail into these beautiful coves, surrounded by mountain peaks and crescent-shaped beaches. We saw penguins, seals and whales.’

One of the most remarkable things about his journey is how much he — ahem — winged it.

‘I never travel with a guidebook,’ he says. ‘If I miss something, that’s on me. I see what I’m meant to see. I wanted to have this spontaneous experience and figure things out on the hoof. I came from a corporate world where everything was planned and organised.’

This approach led to some incredible experiences, from diving with great white sharks in South Africa to swimming with whale sharks in Mozambique.

‘I also loved seeing football matches in different countries and saw games in Argentina, Brazil, Israel, London,’ he says. ‘It was just so great to meet people and see the diversity as you travel through country to country. But the one thing I noticed was just how similar we all are.’

Would he do it all again?

‘Well, I don’t think I want to get on a bus for a while!’ he says. ‘That wanderlust itch has been scratched for now but with any luck, it just might inspire others.’