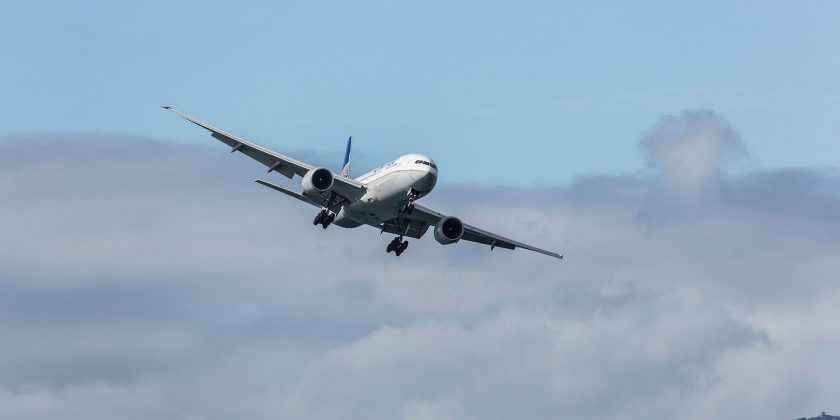 A passenger on an October United Airlines flight that had to make an emergency landing is suing the airline because, he claims, the company “fabricated” the real reason for the incident.

In a lawsuit obtained by PEOPLE, Theodore Liaw writes that “United’s negligence nearly resulted in the loss of all life aboard United Airlines Flight 931 on October 27, 2018, and … United has blatantly lied to its customers to cover up that negligence.”

The suit outlines how the aircraft, en route from Chicago to London, had been several hours into its trans-Atlantic flight when the plane “suddenly [plunged] and begin a terrifyingly rapid descent” from its cruising altitude of 40,000 feet. The drop only ended, he says, when the plane successfully landed at a rural airport in Goose Bay, Canada. The passengers then had to wait in their seats for eight hours for another plane, the lawsuit states.

Liaw, who claims to have spoken to the pilots after the landing, then alleges that the cause of the landing was a shattered cockpit window — photographs of which he included in the filing. It is unclear if he took or obtained the photos.

During the 8-hour wait for rescue, Liaw says he “wandered up to the cockpit to express his appreciation” to the pilots, who then “freely discussed” what had happened.

“The pilots grimly mentioned that everyone came close to dying many times over – from the pilots being sucked out of the window, to the fact that had the plane been further out on its journey, the pilots would have had no choice but to risk an almost certainly fatal water landing in the middle of the Atlantic Ocean,” the suit states.

Liaw then says that he asked if something had struck the window and the pilots “chuckled in response” before telling him “there’s nothing alive at 40,000 feet” and stating the cause was “likely” human mechanical error.

United responded to the lawsuit, telling PEOPLE in a statement: “At United, safety is our top priority and we diverted the aircraft due to a cracked windshield and the aircraft landed safely. We are continuing to investigate this matter but there are a number of claims in this lawsuit that are untrue. Due to the pending litigation, we’re unable to comment further.”

The pilots allegedly went on to detail what may have happened, saying, a United mechanic had “over-torqued the bolts of the cockpit window.”

The lawsuit details that the external two layers of the windshield glass were “completely compromised,” affecting the internal air pressure, while the internal third layer only stayed intact because the “co-pilot quickly pushed his weight against [it] … which may have prevented the entire window from breaking during the descent.”

RELATED: The Craziest Reasons Planes Have Made Emergency Landings—From Fighting Couples to a Fatal Smell

The documents continue: “Had that last layer disappeared, both pilots would have likely been sucked out of the plane and Flight 931’s passengers would have been doomed.” It also purports that if the glass had started to give in when the plane was over the Atlantic, it would’ve had to land on the ocean.

The pilots allegedly told Liaw that had that been the case, “everyone on board would have either died from the impact or would have quickly frozen to death in the cold ocean.”

Liaw contacted United several times after the incident and was told by one agent that “her notes showed that a bird hit the windshield” of Flight 931, a statement he calls “an outright lie” because “no birds live or fly at that altitude.”

RELATED VIDEO: Inside Desperate Teen’s International Flight to Freedom as the World Watched: ‘I Swear They Will Kill Me’

The filing claims each passenger was offered a $500 voucher as an apology for the incident, which Liaw says caused him “bodily injury and severe emotional distress. He is asking for “fair compensation from United from his close brush with death due to United’s negligence,” which he says amounts to $75,000.