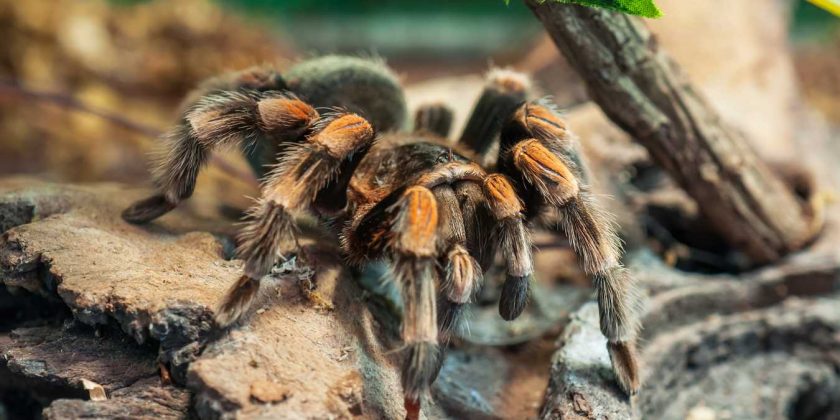 A man was arrested at the Cayenne-Félix Eboué Airport in French Guiana for attempting to smuggle nearly 100 tarantulas in his luggage.

The Polish man, who was headed to Paris, was arrested late last month, Travel Pulse reported, after authorities found he was in possession 38 adult spiders, 50 spiderlings and “dozens of egg-filled cocoons” stored in plastic bottles hidden inside of his luggage.

He was taken into custody on Aug. 25 and reportedly told police he is “passionate about insects.”

French Guiana, located on the northeastern coast of South America, is known for its biodiversity and is home to 515 different species of spiders. In 2015, Professor Olivier Pascal from the National Museum of Natural History (MNHN) in Paris described the remote country as having “colossal discovery potential.”

While transporting live tarantulas is not illegal, it is regulated by the French wildlife protection agency ONCFS, who told Travel Pulse that some species of the hairy eight-eyed arachnids are protected.

Last year, National Geographic reported that there has been a significant surge in a black market for tarantulas, with some people willing to pay hundreds of dollars for the spiders.

In total, there are more than 900 species of tarantulas, and many countries ban or require special permits to export or capture them. A global wildlife treaty protects 24 species considered too vulnerable for unregulated commercial trade, however the high demand has fueled illegal trade.

The spiders smuggled out are sold to breeders or collectors, who may then kill the arachnids to mount in display boxes or make key chains, paperweights and other items.

And tarantulas are just one example of the black market in wildlife, a multibillion-dollar industry that has affected many different animals around the world.

In 2017, a man was arrested in Malaysia for trying to smuggle hundreds (330) critically endangered tortoises worth more than $250,000, Travel + Leisure reported.

More recently, in June 2019, a man was arrested at New York City’s John F. Kennedy Airport for trying to smuggle 34 live finches from Guyana in his carry-on luggage, allegedly planning to sell the birds for about $100,000 — approximately $3,000 per bird.