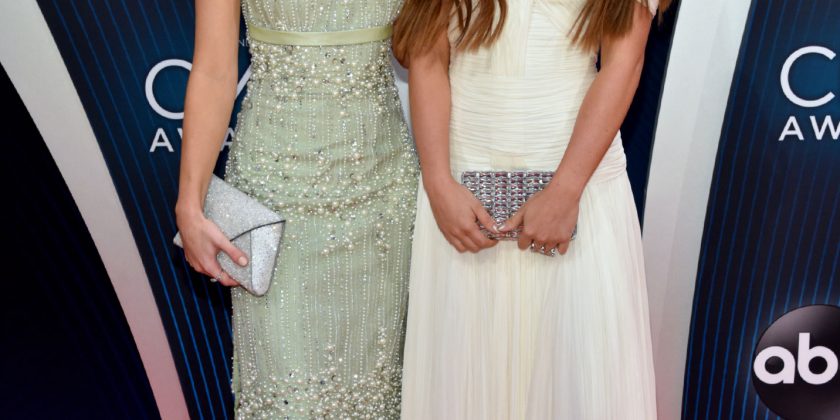 From the day they released “Girl in a Country Song,” Maddie & Tae were here to shake things up in the country music genre.

Maddie Marlow and Taylor Dye recently received their fourth straight CMA nomination for vocal duo of the year, and although they were excited to be recognized and “rooted for everyone” in the category, the two were mainly proud to represent women in the field.

“Being recognized along with our peers and just having that nod from country music was such an honor,” Marlow tells PEOPLE of the award, which ultimately went to Brothers Osborne. “Getting to represent females in that category and being nominated with some of our really, really good friends was just so exciting. We rooted for everyone.”

The “Friends Don’t” singers also performed at the female-focused CMT Artists of the Year, and have been making waves in attempting to change attitudes towards women in country since the release of their first single.

“Something that Maddie and I realized when we came out with ‘Girl in a Country Song’ was that people like when women are bold and say something different and are confident in who they are,” Dye says. “It’s exciting that this new wave of women in country music — women in country music have always been that way, but especially this new wave — we are taking a step out and being bolder than ever and being more honest than ever. I think it’s exciting. It’s a really, really awesome time for women right now.”

However, they admit that their path — both as artists and as women — was paved by some of the greats before them, and they say they look up to idols such as the Dixie Chicks, Lee Ann Womack, Shania Twain and Martina McBride.

“We hope that what those women did for us as little girls, we can do for young girls now,” Dye says.

To be more hands-on role models, the pair partnered with the CMA Foundation’s “It Starts with M.E.” campaign, to help raise awareness about the importance of music education in schools, where they discuss their own experiences with artistic classes and teachers, and also sometimes drop off instruments to classrooms.

And of course, not all of their role models have been female. (“Vince Gill, he is totally magical,” Marlow says. “We love him!”) They’ve toured with everyone from Dierks Bentley to Brad Paisley and Lee Brice, and say that some of the most valuable lessons have been learned from those shows.

“Dierks was just a really crucial time for us in our career because we were so young,” Dye says. “We were sponges learning anything and everything we could. Something that we took away from him and his whole camp was every night when they went out on stage, it was like the first show they have ever played, and the passion was stronger than ever. It just seemed like they never got tired of what they were doing. We always try to keep that spark alive in our sets as well.”

With their song “Die from a Broken Heart” climbing the charts, Dye and Marlow are gearing up to join Carrie Underwood on her Cry Pretty tour in Spring 2019, and will follow rising trio Runaway June as one of her opening acts.

“We are really pumped that it’s an all-female tour,” Dye tells PEOPLE. “Carrie definitely was one of our inspirations growing up, so it’s gonna be cool to just have that girl group out on tour all summer.”