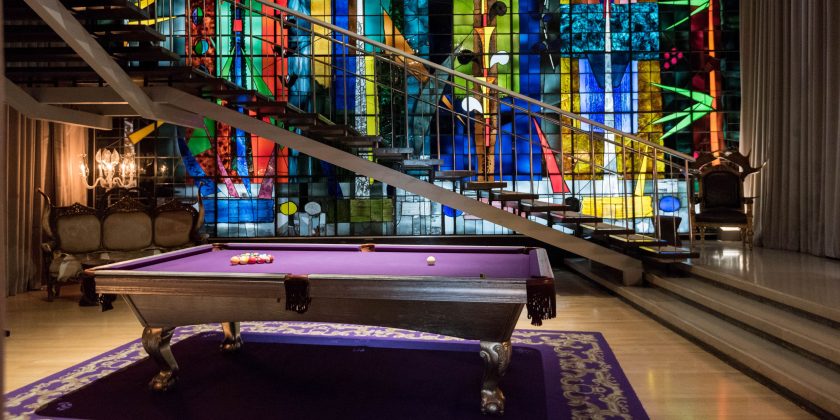 As Samuel Johnson once said, “When a man is tired of London, he is tired of life.” Thankfully, there are plenty of properties around the city – from luxurious grand dames to charming boutiques – to help prevent that from happening. Even better, some of these hotels have hosted royalty, and are close to bucket-list attractions like Buckingham Palace and Big Ben, so you know they’re worth their salt. To help you map out your holiday, we rounded up our favorite hotel in 10 popular London neighborhoods.

The Savoy name is not only well-known in London, but the world over. Opened in 1889 (and refurbished in 2010), this grand dame on the super-exclusive Strand thoroughfare continues to be one of the city’s poshest properties. It’s the type of place where guests are greeted by name, and every corner has a fabled former life, from the American Bar (where Marilyn Monroe and Frank Sinatra drank) to the Savoy Grill (where Sir Winston Churchill dined). With optional butler service, 24-hour in-room dining, afternoon tea service and sophisticated rooms, you’ll feel like an A-lister yourself. And if you need to get in touch with reality, the tourist-packed Trafalgar Square, Big Ben and National Portrait Gallery aren’t far away.

The Langham, which opened its doors in 1865 as the city’s first luxury hotel, is as much a London landmark as Big Ben or the London Eye. The historic hotel happens to be the birthplace of traditional afternoon tea, which it still serves, by the way, in the Palm Court. Adding to the extravagant experience is the stately Victorian facade, which gives way to concierge and butler service, a gorgeous spa, a 52-foot swimming pool, a swanky cocktail bar and an elegant restaurant inside. It’s even close to Oxford Street and prime shopping areas. But as you can imagine, the amenity-packed property primarily attracts the upper crust who can afford it – and that includes Lady Gaga.

Let’s not bury the lede: This Westminster property is where Kate Middleton spent the night before her wedding to Prince William. The Goring hotel, which opened in 1910 just down the road from Buckingham Palace, has a longstanding legacy with the royal family, and you, too, can live out your fairy-tale fantasies here. Book a stay and take advantage of the five-star hospitality and luxurious details, including bespoke silk wallpaper, an antique elevator and spacious hallways (said to have been designed to accommodate ladies’ voluminous gowns). Quintessentially British, it’s all a “Downton Abbey” dream come true.

With sparkling chandeliers and rich window dressings, The Lanesborough – on a coveted corner near Hyde Park – was not designed for pared-down tastes. No, it’s all about lavish Regency style here. But make no mistake, you won’t be sacrificing convenience for style – rooms also feature modern comforts like tablets and unlimited movies on demand. The 24-hour butler service means you won’t have to exert any energy packing and unpacking, and tea and coffee is served with the daily wake-up calls. Other property highlights include the intimate Library Bar, which stocks hard-to-find cognacs; a fine-dining Celeste restaurant; an 18,000-square-foot spa; and the Withdrawing Room, a charming space for a drink or lunch. The price here is steep, but the sticker shock is warranted.

The Milestone Hotel and Residences, Kensington

Butler service? Check. Free welcome drink and fresh flowers upon arrival? Of course. And let’s not forget about free hotel-wide Wi-Fi, free overnight shoe shine, twice-daily housekeeping and chauffeur-driven Bentley service. With a two-to-one staff-to-guest ratio, this London hotel – near Kensington Palace and London’s most exclusive shopping – stands out for its above-and-beyond service, though the themed rooms, like the Safari and Venetian suites, are big draws, too. Just expect to pay a pretty penny.