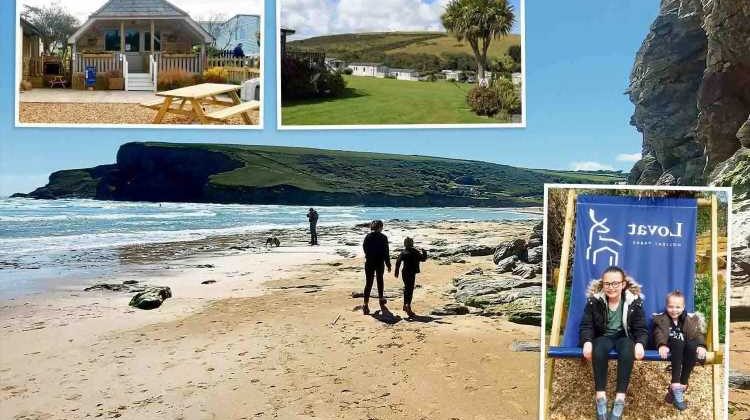 WIDE-eyed, the children stopped dead in their tracks and fell silent – through the trees they had spotted some wild deer, roaming gracefully about the woodland.

The walk from our caravan at Lovat’s Sun Haven park to the Mawgan Porth beach led us through ancient forests and along narrow paths, and our brief encounter with the deer was just the start.

The kids ticked off robins, badgers, woodpeckers and even goats as they ran to the sands.

After months in lockdown, it was a chance to get back to nature and for the little ones to run wild in the Cornish countryside.

The park is surrounded by acres of green space where animals graze, and coastal walks promise breathtaking views of limitless horizons.

At the beach, the salty sea air mixed with the delicious smell of fish and chips that had drifted from the Blue Fish bar — popular for its double-dipped chips. 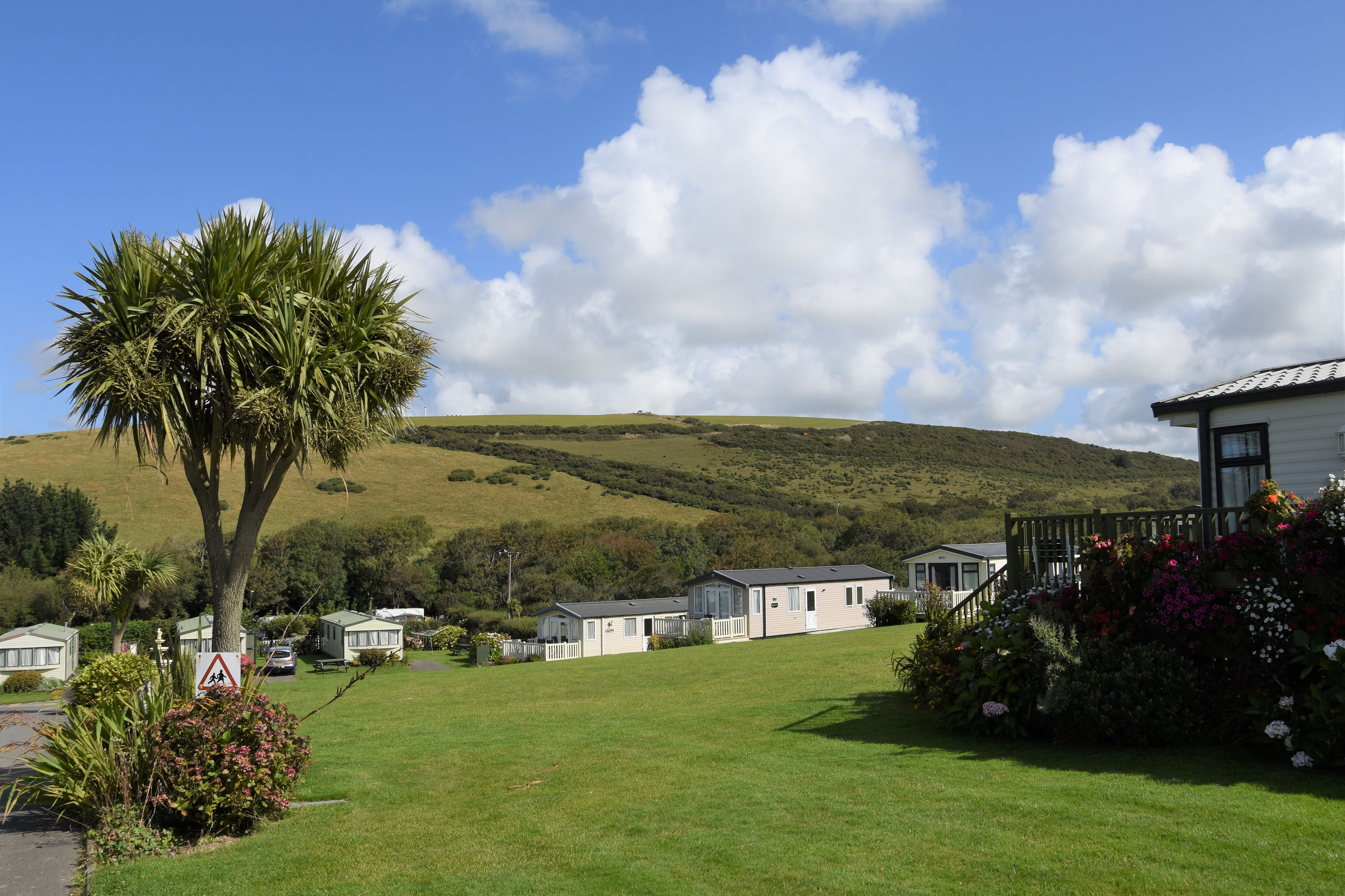 The shore of Mawgan Porth, which is less than a mile from the holiday park, was the perfect place for a spot of lunch.

Tucked away from the golden sands, with views of the rippling waves, Catch is the place for fresh fish, dishing up plates of fresh mussels, scallops and seafood linguine.

We explored craggy caves, paddled in rock pools and soaked up views of the turquoise seas.

Out on the beach, surfers did their best to catch waves and we watched with amusement as their boards glided through the curling waves before crashing into the foamy abyss.

And returning to Lovat’s Sun Haven holiday park after days spent exploring was a pleasure.

Our three-bed caravan was bright and modern.

It was plenty big enough for our family of six and there was a spacious outdoor decking area with views of the rolling hills.

The holiday park is close to the popular surfing town of Newquay and just eight miles from the fishing port of Padstow, home to four Rick Stein restaurants and where the 18-mile car-free Camel Trail begins.

The dog-friendly site has caravans and lodges as well as motorhome pitches.

An on-site café serves hot drinks and delicious pastries while there’s also a play area with swings, slides and climbing frames for little ones.

We spent mornings watching lambs play in the fields to the tune of birdsong, and at night we cosied up by the park’s flickering fire pit.

Other campers wandered down to the nearby fishing lakes, which are popular with anglers who come to catch brown trout.

In Padstow, boats bobbed gently in the harbour, which is hugged by rows of teeny stone houses.

The higgledy-piggledy rows of cockle stalls, ice-cream shops and cafes selling crab sandwiches have made this town super-popular with holiday-makers, although outside the peak summer months it feels more of a laid-back coastal town.

Up on a hill, overlooking the Camel Estuary, its pop-up sister restaurant, Prawn On The Farm, drew crowds with its colourful cocktails and little plates of sweet-and-sour crispy chilli monkfish and sardines with feta, dill and mint.

In the opposite direction, a little over two miles north of the park is Watergate Bay, one of the few beaches where dogs are welcome year round, and like many Cornish beaches, a favourite with surfers.

For a final kick we headed to the market town of St Austell, bustling with locals.

A family game of football golf at the Cornwall Football Golf Park in the town was a real crowd-pleaser.

With so much on our doorstep we could have easily whiled away the days on beaches and gentle coast walks.

You would be foolish to do so — within a ten-mile radius is Newquay Zoo, Camel Creek Adventure Park and Lappa Valley steam railway.

But for our kids, after so long at home, even those attractions could not beat the sight of those deer in their sun-dappled glade.

A week’s self-catering at the Sun Haven Holiday Park in Cornwall is from £1,093 for a holiday home sleeping up to six people.

OUT & ABOUT: Football golf is £24 for a family of four. See cornwallfootballgolf.co.uk.