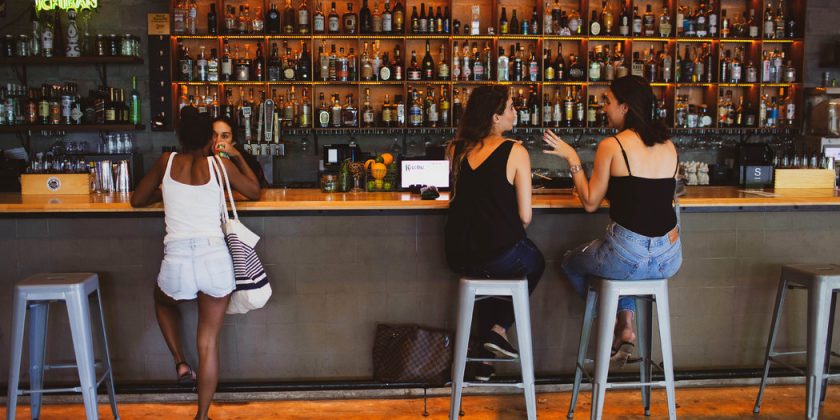 The Miami food scene is exploding with food halls, collections of vendors and restaurant stalls in one space, usually vast. In 2017, there were none; now there are four and counting, offering alternatives to more formal restaurants as well as to casual street food. And you’ll discover these food halls in the sleek precincts of Brickell, among luxury boutiques in the Design District, and camouflaged by graffiti in Wynwood, an arts district just north of Downtown Miami. Miami Beach is poised to be home to a couple more in the next few months.

“Miami has matured from fast food and fried to quality-driven. It is no coincidence that food halls are popping up in every major neighborhood,” said Jessica Goldman Sbrenick, chief executive of Goldman Properties, a pioneering Miami developer, and Goldman Global Arts.

What all the food halls accomplish is generally well-prepared fare at reasonable prices attracting families, shoppers, tourists and business people, especially at lunch.

The burgeoning high-rise Brickell City Center development downtown has not one but two food halls, both Italian and both somewhat along the lines of the global Eataly chain offering an array of departments and restaurants mostly under single ownership rather than a collection of independent vendors. 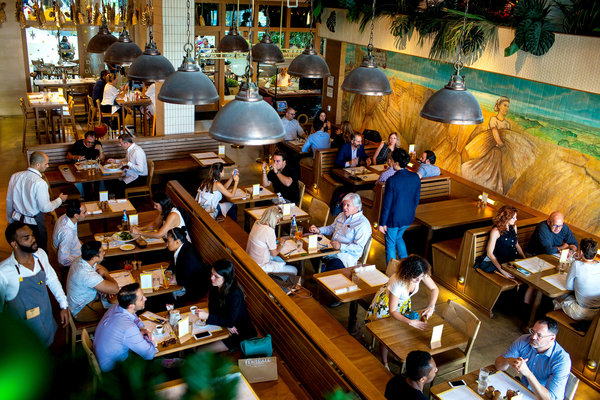 La Centrale, a multistory affair with 14 stations for shopping and eating, includes an elaborate Venchi store for Italian chocolates and shares the second floor with full-service restaurants featuring seafood (Pesce), meat (Carne) and seasonal vegetable menus (Stagionale). On the ground floor, where the action is, you can buy a sandwich layered on fresh ciabatta, a plate-size pizza, an assortment of cheeses, Italian condiments like high-end preserved oranges, a pound of prosciutto sliced to order, some wine, gelato and more to take home or eat at rows of tables and counters indoors and out.

About a block away in Brickell, open from the street and through the Saks Fifth Avenue store and actually occupying some of its ground floor real estate, is a satellite of Casa Tua, an exclusive five-suite boutique hotel and restaurant in South Beach. Casa Tua Cucina, the food hall, is a joint venture with the store.

Here the scene is bright and bustling with 10 food counters, each focused on a different category like pizza, dolci for desserts, pane selling breads, and gastronomia with prepared foods and, for cooks shopping, raw ingredients. Some 300 seats are clustered in several areas. Order that copious, well-made bowl of cacio e pepe at the pasta counter, grab a chair, post your numbered flag on the table and within minutes the waiter will find you. There’s also a central wine bar with counter stools where you can order from any of the stations. 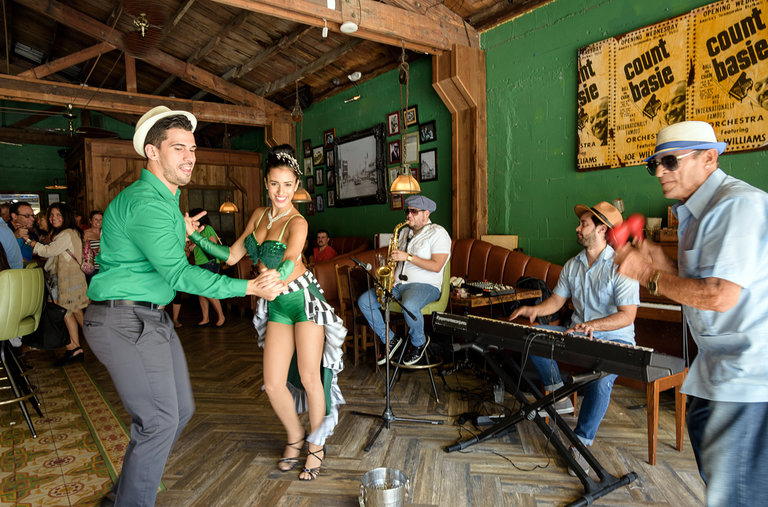 In the trendy Wynwood district splashed with curated graffiti covering former warehouses, more exotic tastes will be happy at 1-800-Lucky, a funky Asian collection of independent stands with groups of communal tables indoors and out. The team behind the nearby Coyo Taco, restaurateurs Sven Vogtland and Alan Drummond, gathered under one roof an assortment of vendors that includes Lotus + Cleaver with Chinese barbecue and Peking duck under a carnival-lit display, Banh Mi for seared Vietnamese sandwiches, Hayato Miami dishing ramen, Myumi for sushi, Poke OG filling poke bowls, Yip dispensing savory and sweet dim sum from a steamer the size of a kiddie pool, and Taiyaki for Japanese fish-shaped ice cream cones.

Not far away, among the international labels of the high-end Design District, is the St. Roch Market. Situated on an upper level just steps from Bulgari, Dior and Valentino and done in chic black-and-white, it’s a branch of a bigger, historic food hall in New Orleans. And despite its uniformly high-fashion surroundings, it offers the most eclectic mix of food choices yet to be had under one roof in Miami. The offerings include vegan savories and desserts, home style Southern, Mexican tacos and ceviche, delicate Italian pasta, an oyster bar, Israeli-Mediterranean fare, a station called Itame for Peruvian-style sushi, Vietnamese noodles, smoothies and a coffee counter. Seating is indoors and out.

Planned in coming months is a massive 60,000 square-foot food hall called the Citadel in Little River, also known as Little Haiti, a Caribbean-accented quarter just north of the Design District. In Downtown Miami, sandwiched between Brickell and Wynwood, Central Fare, in a new development alongside the Brightline Miami railway station, is to open soon with 20 food vendors and three restaurants.

Across the bay in Miami Beach, The Lincoln Eatery just off Lincoln Road is scheduled to open by December with a collection of food stalls. And by early next year and just steps from the Lincoln Road shopping and dining artery will be the highly-anticipated Time Out Market, a branch of a group that started in Lisbon, Portugal, and is soon to open an outpost in New York. (It’s owned by Time Out, the 50-year old London-based publisher of magazines and guides.)

There, some well-known local chefs, including Jeremy Ford of Stubborn Seed in South Beach and Michael Beltran of Ariete in Coconut Grove will be dishing up specialties from 17 various chefs’ kitchens installed around the perimeter of the 17,500 square foot space filled with rows of communal tables.

Florence Fabricant is a food and wine writer. She writes the weekly Front Burner and Off the Menu columns, as well as the Pairings column, which appears alongside the monthly wine reviews. She has also written 12 cookbooks.