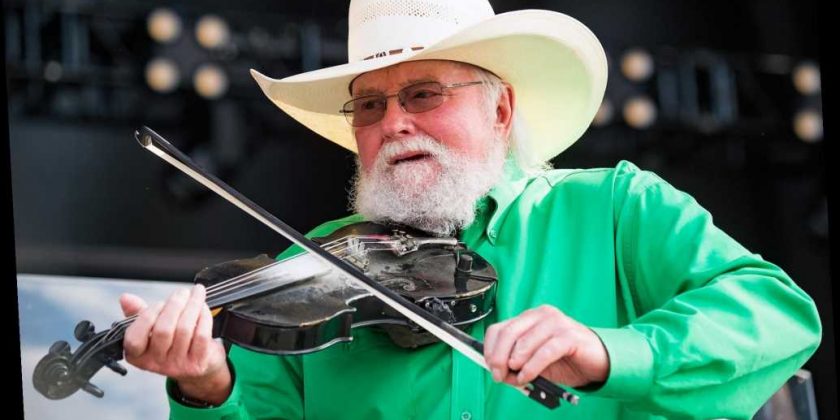 Late country music legend Charlie Daniels is being honored in a big way.

Wednesday night's Country Music Association Awards kicked off with a tribute to the icon, who died on July 6 at 83 years old. Country stars Jason Aldean, Dierks Bentley, Ashley McBryde and Brothers Osborne paid tribute to the late icon during the show's opener.

First, Bentley performed an acoustic version of "Long Haired Country Boy" before Brothers Osborne joined him for "Trudy." Next, McBryde delivered a rendition of "Texas" alongside guitarist John Osborne. Finally, Aldean closed out the medley performing the classic "The Devil Went Down to Georgia."

Ahead of the award show, Brothers Osborne revealed how Daniels inspired them.

"He was country music and southern rock," John said during an interview for Radio.com. "The fact [that] we get to be a part of that is great." "I love that we're not supposed to be telling people which songs we're playing," he joked before adding, "Wouldn't it be funny if we did a Charlie Daniels tribute and didn't do ‘Devil Went Down to Georgia?'"

Over the course of his decades-long career, Daniels saw massive success. The "Long Haired Country Boy" crooner was inducted into the Country Music Hall of Fame in 2016 after earning his Grand Ole Opry membership in 2008. The Charlie Daniels Band, which he formed in 1972, was named CMA's instrumental group of the year in both 1979 and 1980. Daniels is often credited for bringing country sounds to mainstream music. In 1980, the Charlie Daniels Band and their Grammy-winning, mega-hit song "The Devil Went Down to Georgia” were featured in the critically acclaimed film Urban Cowboy. The movie played a big role in introducing country music to the masses and expanding its popularity.

Throughout his years, Daniels's lifetime record sales have exceeded 13.5 million units, according to the RIAA — putting him in the likes of fellow superstars The Temptations, Natalie Cole and The Beatles' John Lennon. Daniels amassed a total of nine gold, platinum or multi-platinum certified albums and had 34 songs hit the Billboard country charts. At the time of Daniels's death, Country Music Association CEO Sarah Trahern honored him a statement: "There are few artists that touched so many different generations in our business [like] Charlie Daniels did. Today, our community has lost an innovator and advocate of country music. Both Charlie and [his wife] Hazel had become dear friends of mine over the last several years and I was privileged to be able to celebrate Charlie's induction into the Opry as well as tell him that he was going to be inducted into the Country Music Hall of Fame. I will always remember the look of sudden shock and delight on his face as he realized he would be in the Hall of Fame rotunda for the ages. Our deepest condolences go out to his family and friends at this sad time."

Kenny Rogers and Joe Diffie, who also died earlier this year, will also receive tributes during the telecast; Little Big Town will salute Rogers, while Jon Pardi will honor Diffie.

The 54th Annual CMA Awards are airing live from Nashville on Wednesday at 8 p.m. EST on ABC.