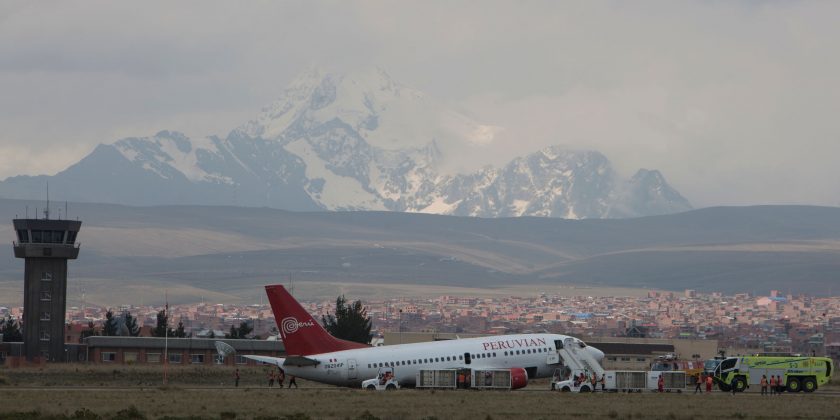 LA PAZ, Bolivia (AP) — A Peruvian Airlines Boeing 737 suffered a collapsed landing gear when it arrived on Thursday at an airport in Bolivia, forcing closure of the runway for 10 hours. Officials say none of the 122 passengers or five crewmembers was hurt.

Officials say that they were unable to move the plane, prompting a 10-hour closure that delayed several other flights into and out of the El Alto airport near the Bolivian capital on Thursday

The plane was arriving on a flight from Cuzco, Peru.

The airline said in a statement that the cause of the incident is under investigation.