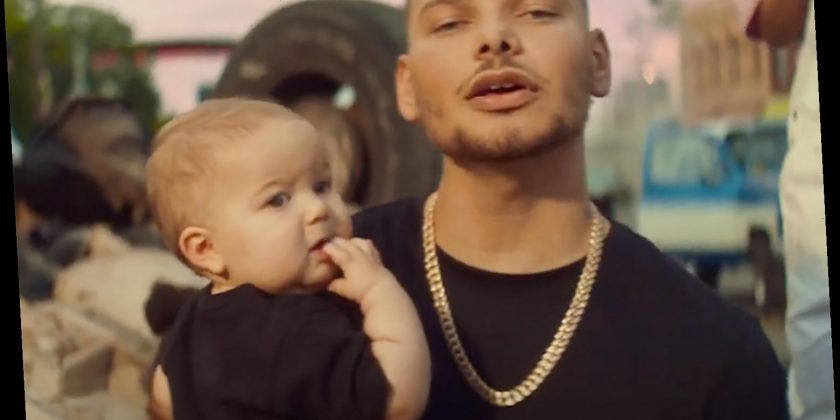 Kane Brown is taking his heartfelt song "Worldwide Beautiful" — which has a powerful message about justice and equality — to the next level with the release of his new music video.

On Monday, the country star, 26, debuted the emotional video, which features children of various backgrounds banding together to heal the world. "At every show, I see my people / They ain't the same, but they're all equal," he sings. "One love, one God, one family / You're missing every color if you're only seeing black and white," he continues.

"Tell me how [are] you gonna change your mind if your heart's unmovable / We ain't that different from each other / From one to another / I look around and see worldwide beautiful," he adds.

Brown revealed he had recorded the track last year, but in the wake of the racial unrest plaguing the nation, he was inspired to drop it earlier than he had planned.

Tonight at 11pm central- 12am eastern. I’m releasing this song early that I’ve been holding onto for a year. I’m hoping it will bring us together during this time and proceeds are being funded to the boys and girls club ❤️ I love you guys

"I'm releasing this song early that I've been holding onto for a year," the American Music Award winner announced about the track, which came out in June. "I'm hoping it will bring us together during this time."

The moving tune also has a charitable component. "Proceeds [of 'Worldwide Beautiful'] are being funded to the Boys and Girls club," Brown revealed. "I love you guys." Throughout the passionate visual, which was recorded in Tennessee, a distressed world in which adults stand still as children work to unite a divided globe is seen. Brown is widely known for addressing societal issues through his music. In his song "Learning," Brown candidly discusses child abuse and racism. In another single titled “American Bad Dream,” the country singer shares his opinion on gun violence.

Earlier this year, the star shared his support for the Black Lives Matter movement in response to the devastating May 25 killing of George Floyd due to police brutality.

"I honestly think it's ignorant as hell to kill a human being in cold blood without them doing anything, especially [while] handcuffed," he wrote on Twitter. "If everyone was seen as people, if everyone was treated the same, if everyone was charged the same sentence, this s— wouldn't be happening," Brown shared.