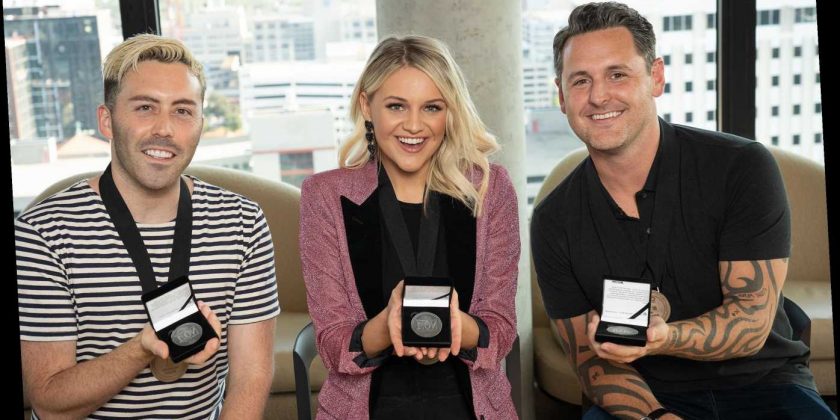 When Kelsea Ballerini teared up at her No. 1 party for “Miss Me More,” it just confirmed what fans already may be sensing: The hit song reflects a new turning point for the 26-year-old artist and her music.

The emotional moment arrived during Ballerini’s remarks after she recounted happy reactions that previous hits have evoked.

“The comments I’d get in meet-and-greets were like, ‘Oh my gosh, “Dibs” is like me and my boyfriend’s song, or “Love Me Like You Mean It” is the song that I’m playing for the guy I like right now,” Ballerini told about 75 friends, industry insiders and reporters gathered for the Nashville celebration. “I love having those songs that are kind of like the soundtrack of people’s love stories and crushes.”

But Ballerini said the reaction to the bold defiance of “Miss Me More” has been far different — and gratifying in perhaps a more meaningful way.

The sentence trailed off as Ballerini choked up. “What?” she finally blurted out, surprised by the tears.

Gathering herself, she tried to explain the “why” behind her emotion, pointing to the song’s impact on her own growth as an artist. “I wouldn’t have had the confidence to put out ”Homecoming Queen?‘” she said about her brand-new single that brims with vulnerability, “if I didn’t put [‘Miss Me More’] out first.”

Earlier, at a press conference, she talked more about the connection between the two songs, explaining that the No. 1 song, her fifth, “just kind of made me open up to be a little bit more emotional … It made me realize that that deeper meaning in a song is worth a lot.”

The new single emerged out of a songwriting session with Nicolle Galyon and Jimmy Robbins in February while Ballerini was out on the road with Kelly Clarkson. “I was just in a real season of kind of being a workaholic a bit and just not knowing how to slow down,” she said. “I love what I do so much that I can easily let that be kind of my escape from real life when really … I should be good at my real life, too.”

When Galyon asked Ballerini, “How are you?” the artist didn’t take the question lightly. “Oh, I don’t think I’m great, actually,” she recalled telling Galyon. “I think I’m super-insecure and weirdly lonely when I have a really beautiful life full of really great people, and I don’t know why.”

The song gradually emerged as Ballerini, Galyon and Robbins explored that mood. “Writing that song,” Ballerini said, “was all about just … giving myself permission to be human.”

“Homecoming Queen?” is the lead-off single from what will be Ballerini’s third album, and she promises the new music will reflect growth in ways far beyond this new vulnerability.

“I’m still working on it, so it’s still kind of evolving,” she said, “but just ‘more of more,’ I think, is the best way I can describe it for now. There’s a song with a string quartet. There’s two songs with horns. There’s two collaborations. … I’ve had the time this summer to just be super-hands-on with it. I’ve just never been so involved in making an album before, so I think I have a different sense of pride about it.”

Ballerini is now enjoying the tailwinds of a landmark year that includes a just-announced “CMT Crossroads” with pal Halsey, her first headlining arena tour, her fifth CMA nomination for female vocalist of the year and induction into the Grand Ole Opry — “Opry being the coolest,” she said.

So much has been happening, she added, that at times it’s been difficult to absorb. “I’m so glad that I have photos and videos of everything,” she said, “because I find myself every now and again, when I have a quiet moment, just going through my phone and reliving it all.”

Her career has been so all-consuming, she confessed, that she and her husband, fellow artist Morgan Evans, have been forced to sacrifice precious time together. (The No. 1 party was scheduled on a day off for Evans, who was at the event.)

“It’s good, though,” Ballerini said about their marriage. “We’re both in the building blocks of our career where we have to keep our head down and just go. We both know that about each other, so we have so much grace for that. And also, when we’re not together, we’re with our other love — we’re with music — and we both share that. So we can’t be upset about that ever.”

And, she added hopefully, “it won’t be like this forever.”