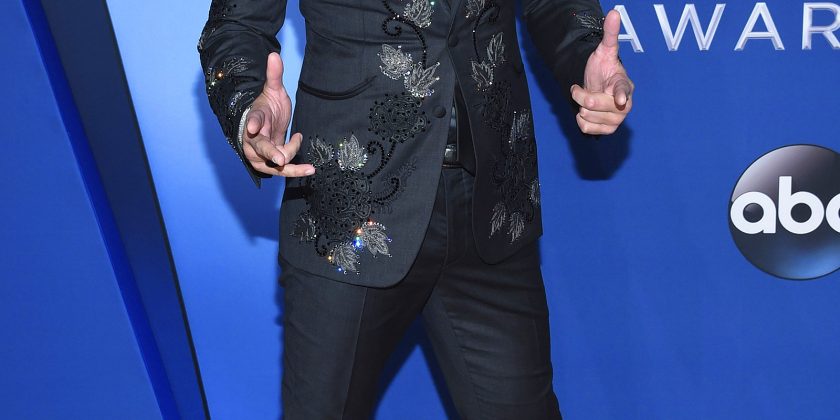 Everybody knows California native Jon Pardi is Cali proud. He did, after all, name his last album California Sunrise. These days, though, he wants to be known as Cali caring: He’s just rallied a posse of country artists from the Golden State to kick off a fundraising campaign for victims of the recent wildfires.

“I really wanted to do something to give back for the fire relief,” Pardi, 33, tells PEOPLE.

Together with Brett Young, Devin Dawson, Cam, Gary Allan and Tyler Rich, Pardi is lending his name to an eye-catching T-shirt that proclaims “Cali Love.” You can purchase the $30 shirt on its website, and all net proceeds will support the Salvation Army’s long-term efforts to help the Californians who’ve lost their homes and property to the devastating wildfires.

Pardi originally came up with the idea in conversations with Young and Rich; he had no trouble getting all to sign on.

“When Jon asked for my involvement it was an easy yes,” Young said in a statement. “I love my home state, and I’m proud to be a part of the tight group of Californians representing county music.”

Also in a statement, Dawson said it was a “no brainer” to join the effort. “I’m proud to support such a unique initiative to raise money and awareness,” he said.

Pardi grew up in Dixon, about 100 miles southwest of the recent Camp Fire, which claimed more than 80 lives, and though he doesn’t know anyone directly affected by the blaze, he has strong ties to that area. He attended nearby Butte College for a time, and “we loved driving around those mountains,” he recalls. “We’d always go have fun there, so it’s kinda hit home, too. Being from California you just know how fires are. There’s nothing good about them.”

The T-shirt also features a special thank-you to first responders, and Pardi has a personal connection to those professionals, as well. A number of his college pals, he says, were on “hotshot” ground crews, who work to control fires, and among his closest friends from those days is a paramedic firefighter based in the Bay Area.

“We need to give them a shout-out because they’re out there sweating it,” Pardi says.

The fundraising drive comes at a busy time for the “Night Shift” singer, who’s now juggling a tour schedule with putting the finishing touches on his third album, which he expects will be released by early summer.

Pardi is looking forward to some down time over Christmas, when he and girlfriend Summer Duncan will be hosting his father and sister at their Nashville home.

“We’re really excited to have a big dinner, and we got the tree up, and it’s going to be a great time,” he says.

In fact, Pardi adds, he and Duncan have been on the road so much that she decorated the house in early November just so they would have enough time to enjoy it in between the touring.

Pardi and Duncan have an important date coming up a week before Christmas when he plays the Grizzly Rose, the Denver honky-tonk where they first met about a year and a half ago. Pardi’s mother was the matchmaker for her son and Duncan, a hairdresser who’s also from Northern California. Duncan traveled to Denver to meet Pardi and watch him perform, and they’ve been a couple practically ever since.

She’ll be back at the Grizzly Rose once again on Dec. 18 for Pardi’s return appearance, “so we’re pretty excited about it,” he says.

“Summer’s the best thing that’s happened to me,” he says. “I spend so much time just being on the road, and it’s a hard life for someone to even have a relationship with. It’s not easy, and she’s been so great with it. And she’s so much fun, and she’s gorgeous, and  so I’m a lucky man.”