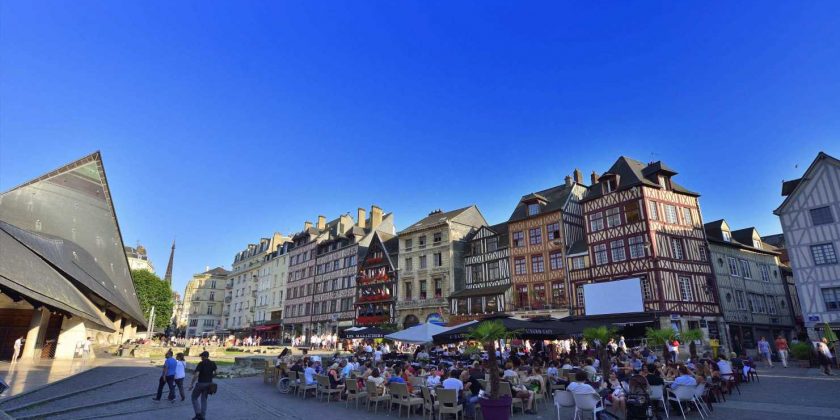 THOUSANDS will make a pilgrimage to France for the 75th anniversary of D-Day next month – but another fleet is heading for Normandy.

More than 50 tall ships and military vessels from 30 countries will “invade” the ancient city of Rouen from June 6 to 16. 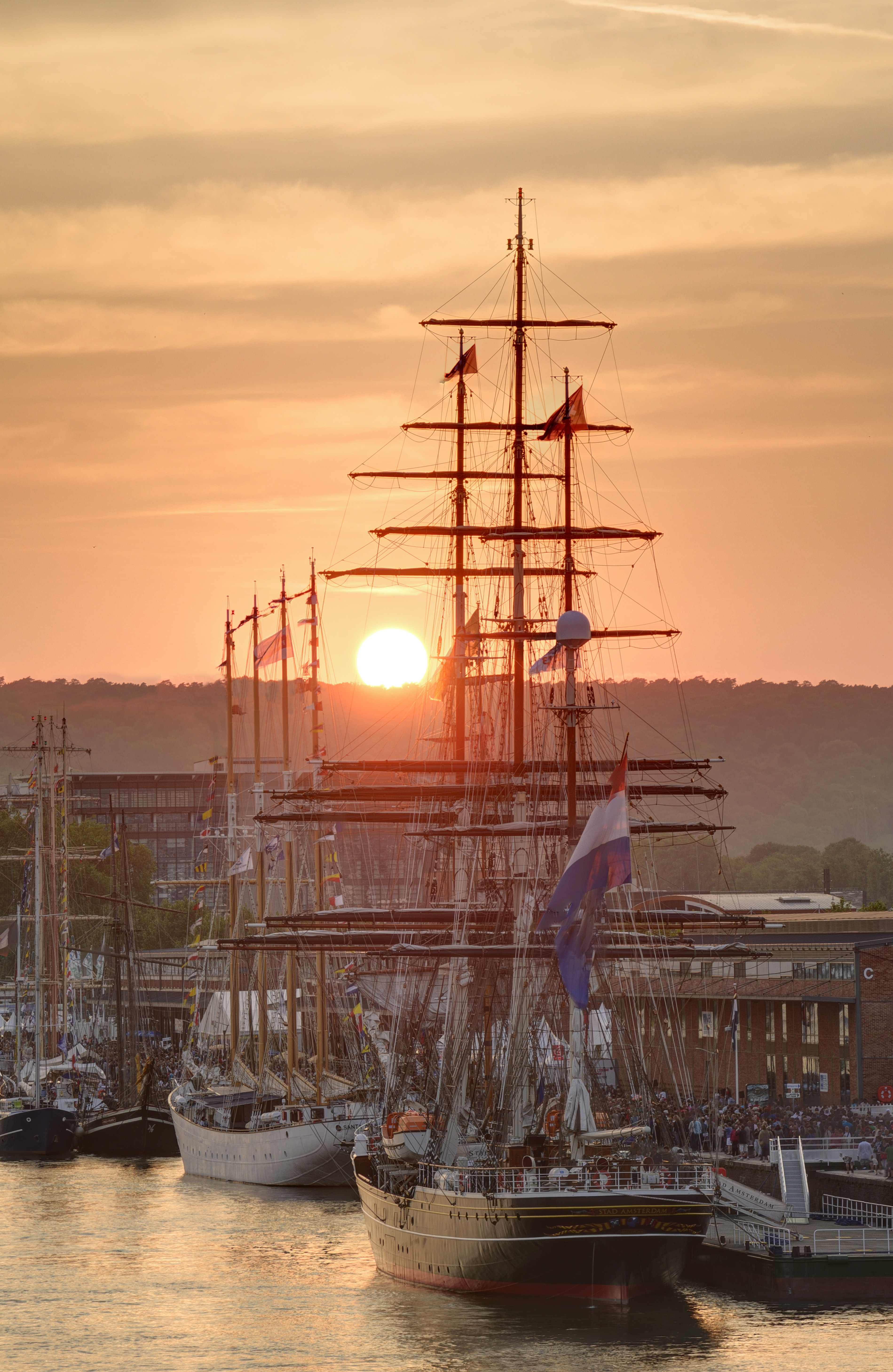 They will sail 70 miles up the Seine, glide under the raised Flaubert Bridge, moor by the city quays and open their holds and decks to visitors for FREE.

The Rouen Armada festival celebrates its 30th anniversary this year and up to 7,000 sailors will fill the city’s port, partying with locals who delight in a tradition of trying to touch the red pompom on each seafarer’s hat for luck.

It’s peaceful now, as joggers weave past dog-walkers, but will be riotous at the opening ceremony as crews build Unidentified Floating Objects in their bids to cross the river without sinking. 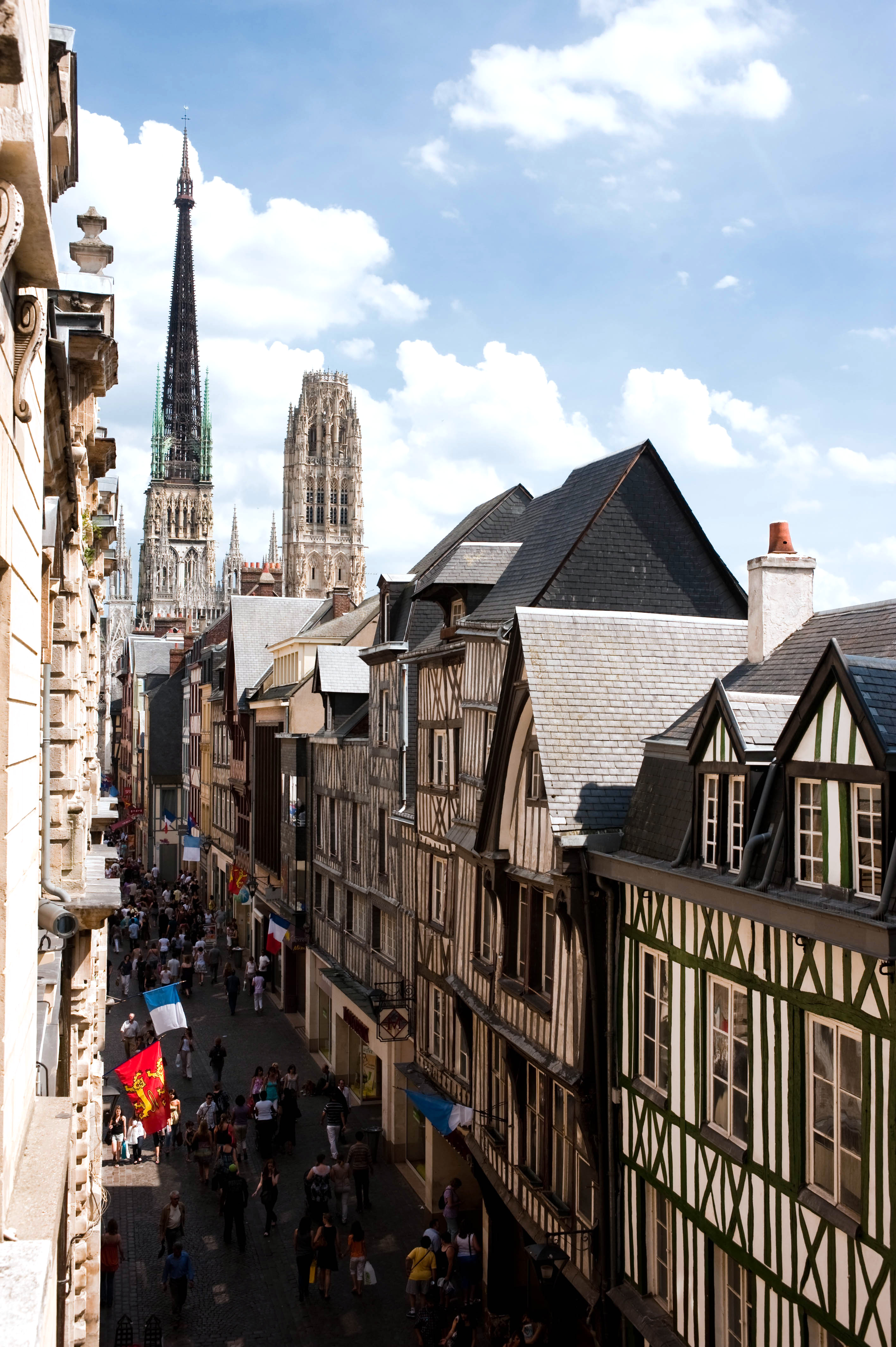 More than seven million sightseers are expected, many following the Crew Parade through town as brass bands join sailors in ceremonial dress.

On the last day, crews climb the rigging for a parade down river past villages such as La Bouille, Duclair and Caudebec-en-Caux. The Patrouille de France, France’s Red Arrows, will then roar overhead.

The Armada’s story began in 1986 with a trans-Atlantic race to mark the 100th anniversary of the Statue of Liberty’s ship-ping from Rouen to New York.

In 1989 the first festival welcomed ships back to Rouen and it is repeated every five or six years, led by Armada president Patrick Herr and his 50 volunteers. He says: “We’ve formed friendships between the volunteers, crews and nations.” 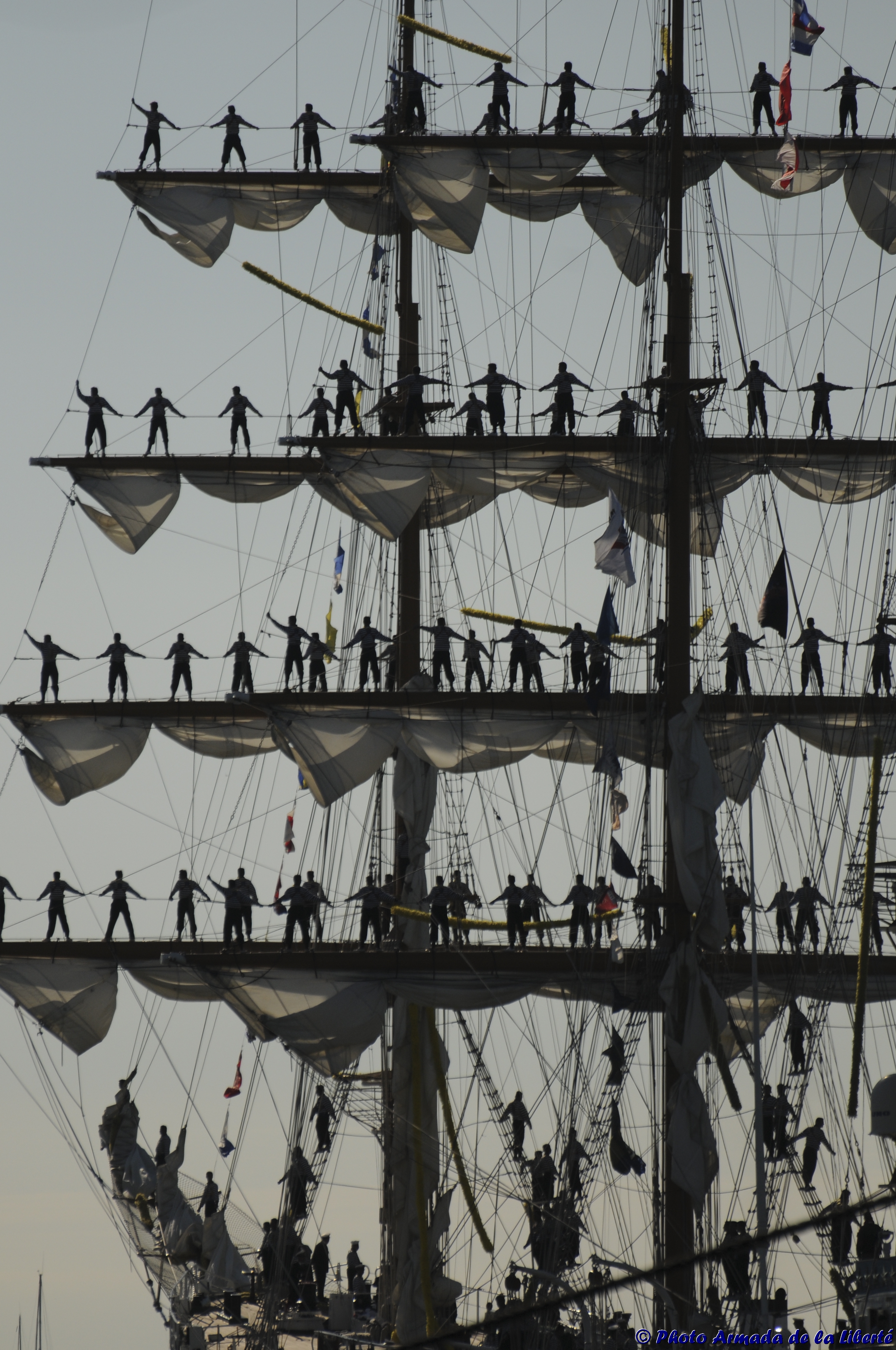 If big boats aren’t your thing, but history is, you’re in luck. Rouen reeks of history. Timbered houses dating to the 12th Century are so common, many are student digs — and the old town is an Instagrammer’s paradise.

A £30million redevelopment has made walking around the city a joy and there are currently eight free museums to enjoy.

Marvel at the Gothic façade of Cathedral Notre-Dame and its Tour de Beurre built with tax paid for the right to eat butter over Lent.

Impressionist Claude Monet painted it 30 times as light changed. It is also the resting place of Richard The Lionheart’s heart. 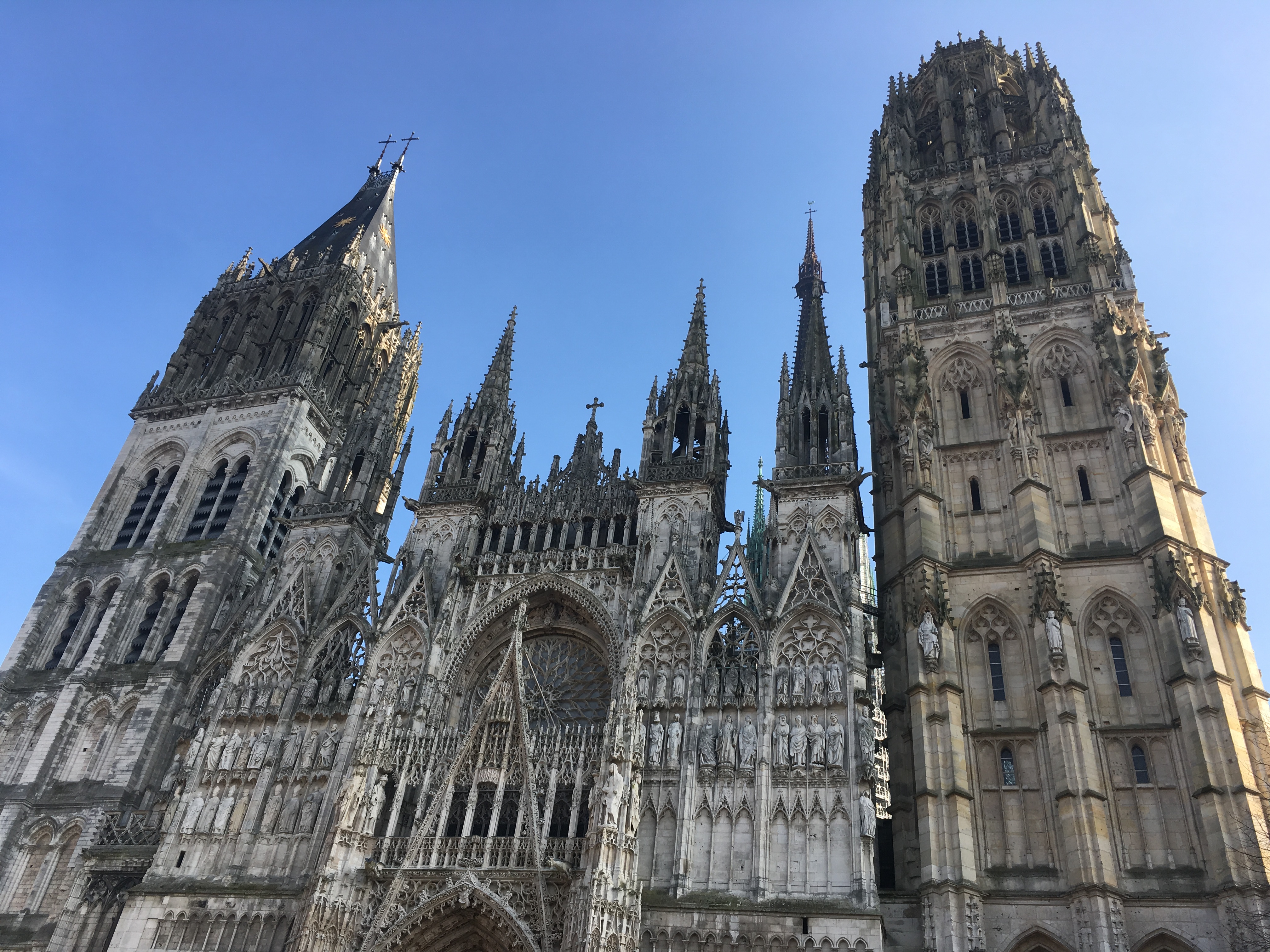 Climb Le Gros-Horloge, a tower housing one of France’s oldest clocks — 1389, since you ask. The single hand is decorated with a golden sheep, symbolising the city’s wealth from trade. The balcony at the top is great for skyline photos.

Technology is used to great effect in the crypts and attic of the Archbishop’s Palace to tell the tale of Joan of Arc, as actors relate how the teenage girl was tried in the building for heresy and burned at a stake nearby in 1431.

If you have kids, give them a giggle by asking for directions to the piddlers’ fountain at Saint-Maclou church.

As you’d expect in France, there are lots of places to eat. We loved Les Fils a Maman, a quirky chain brasserie packed with board games. Meals “revisit classics of childhood”. 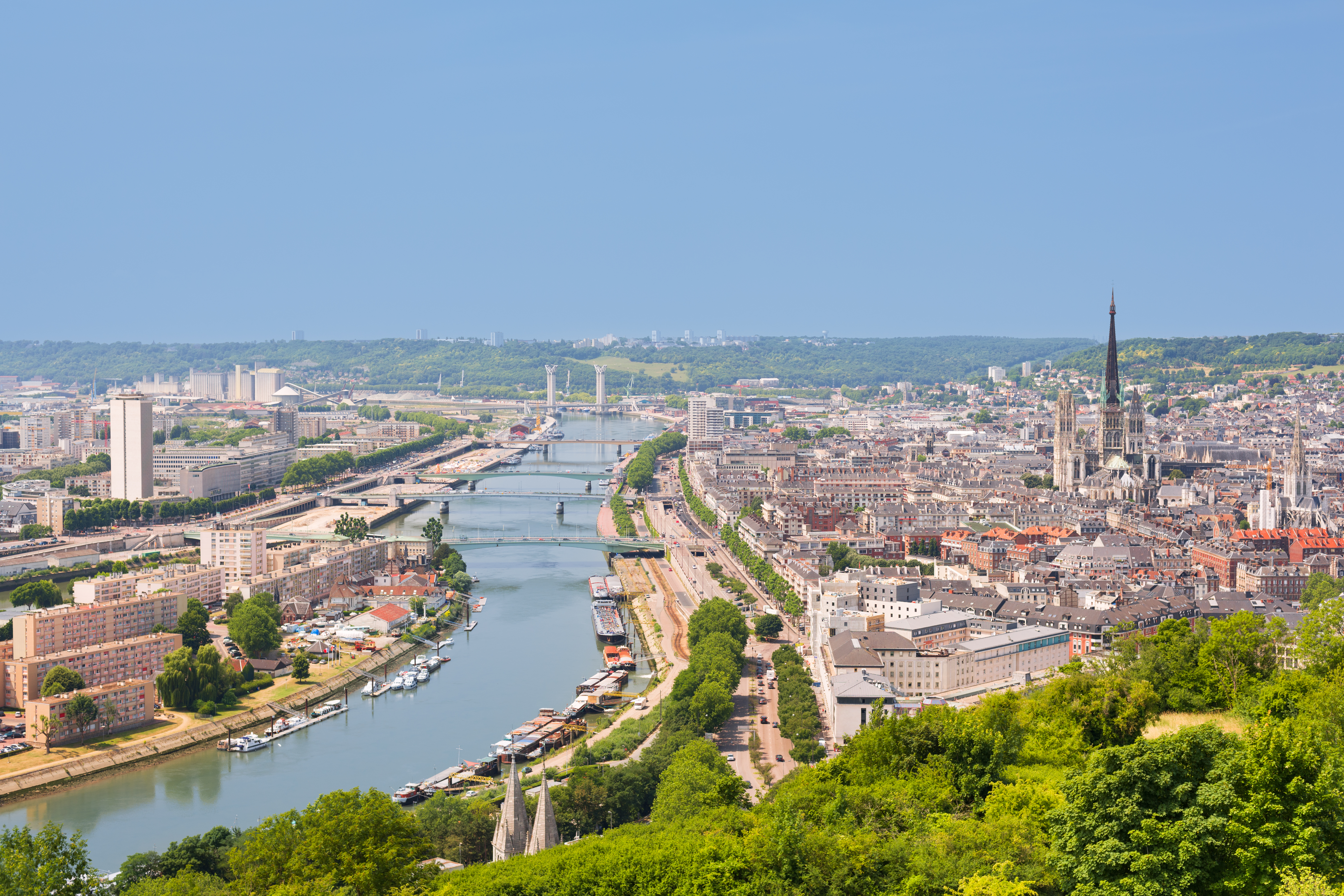 It claims to be France’s oldest inn, dating to 1345, and a three-course set lunch starts at £21 but is worth it for the photos of royalty and Hollywood stars who have dined there.

We’re talking Audrey Hepburn and the Queen. Outside town, visit Jumieges in the wooded countryside of Seine-Maritime.

We spent a fascinating hour grappling with the VR option on an iPad on a visit to the abbey ruins — very Game Of Thrones.

Getting there: Overnight from Portsmouth to Le Havre by ferry, in a cabin, starts from £85 each way for a car plus two. Book at brittany-ferries.co.uk. 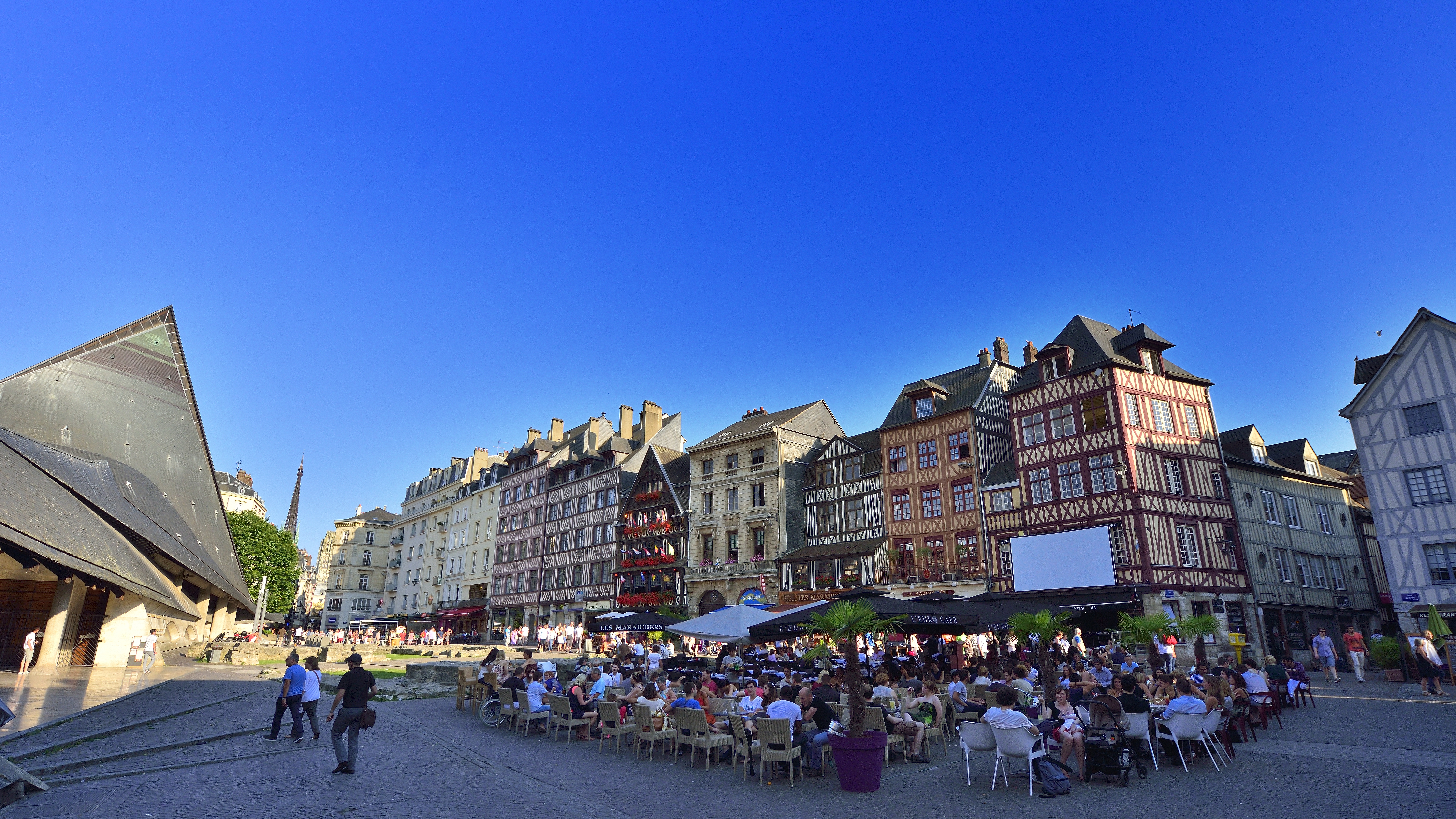 It’s near 4-star spa hotel Domaine le Clos des Fontaines, with rooms in traditional timbered houses by a heated outdoor pool. Stroll in orchards before a pamper in the spa.

For authentic French food to top off your trip, try L’Auberge du Bac, opposite the ferry. Set menus, with river-view seats, start at £16.

Some include a palette-cleansing apple sorbet with calvados, known locally as a Trou Normand. Salut!