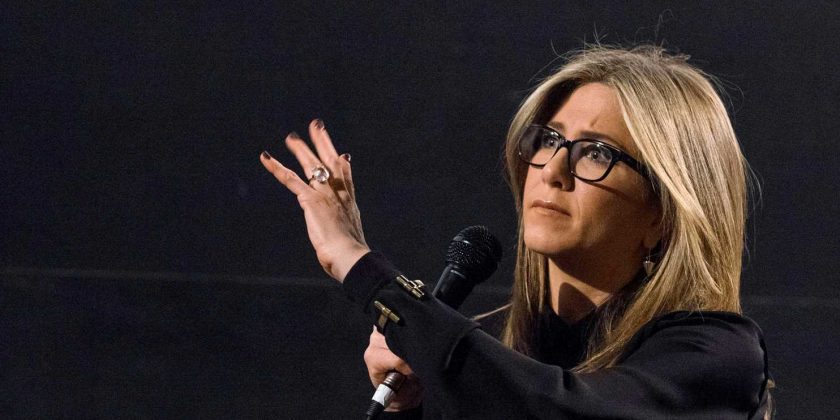 Jennifer Aniston opened up about the emergency landing her plane had to make en route to Cabo, Mexico, for the star’s 50th birthday in February. The plane ultimately landed with a tire missing.

“It was one of those things where on the takeoff – on the taxi – we heard an explosion which sounded like a pothole if it was a car big enough to go over the Grand Canyon,” Aniston said last week on “Jimmy Kimmel Live.” “It was that loud.” They started the journey anyway.

Aniston, who has a fear of flying, was on the plane with her “Friends” co-star Courteney Cox and screenwriter Molly McNearney, who is Kimmel’s wife. 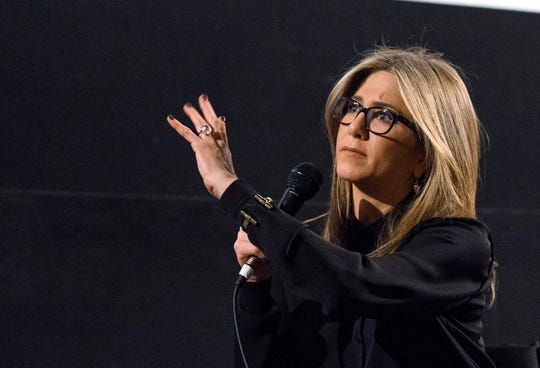 "It was one of those things where on the takeoff, on the taxi, we heard an explosion which sounded like a pothole if it was a car big enough to go over the Grand Canyon," Aniston, who has a fear of flying, said on "Jimmy Kimmel Live." (Photo: VALERIE MACON/Getty Images)

Two hours into the trip, a flight attendant came notified Aniston that the pilots wanted to speak to her. Another friend went in her place and 10 minutes later reported back with the news that they’d turned the plane around and were heading back to California. They’d learned that after takeoff, wheel debris had been found on the runway in Los Angeles and it was thought to have come from their plane.

“Everybody starts texting all of a sudden their spouses and their children. And I’m like what’s going on?” Aniston continued.

‘I love you’:  Cox texted daughter during scare on jet to Jennifer Aniston’s birthday

Kimmel was one of those spouses. He remembered what he did after learning of the problem on board his wife’s plane: “I’m on Google looking up ‘Can you land without a tire?’ “

This is how Kimmel, ever the jokester, replied to his wife’s emotional text: “I just signed up for tinder but I PROMISE not to activate it until we know what’s what.” He also sent a shirtless selfie, which he captioned, “This is my profile picture.”

The late-night host also showed his audience a picture of the plane which had indeed landed minus one tire.

The Federal Aviation Association confirmed that account in a statement to USA TODAY noting that the Gulfstream G4, with 10 passengers, lost a wheel or tire while departing from Los Angeles International Airport on its way to Cabo San Lucas.