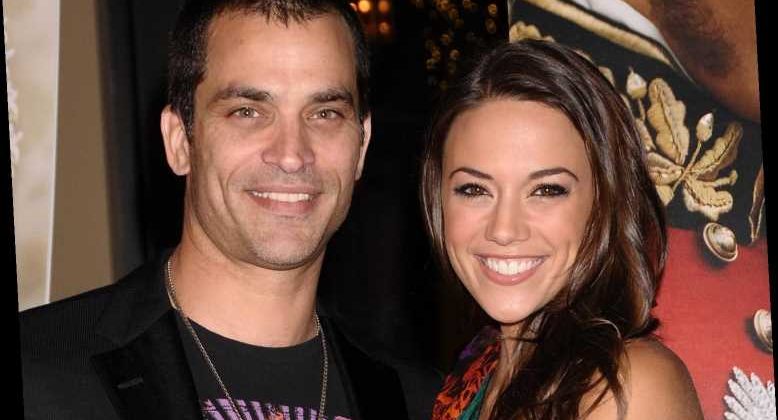 Jana Kramer was upset after ex Johnathon Schaech recently shared a photo from their wedding on social media.

On the latest episode of her and husband Mike Caussin's Whine Down podcast, the country singer discussed her feelings about Schaech's decision to post the photo from their 2010 nuptials.

"So my ex-husband — because I guess he technically was a husband — so he tweeted out a picture of our wedding day and said, I had to explain this photo to my son to tell him that I've been married three times and that his mother was the one I should have ended up with," Kramer, 37, explained.

Although Kramer noted that she's "friends" with the Legends of Tomorrow actor, and very close with his wife Julie Solomon, she said the post "rubbed me wrong" — especially because he tagged her in it.

"Why are you posting a photo of our wedding day? That's from the past. I didn't want to see that photo on Twitter. Now you're tagging me in it," she said. "It bothered me."

Kramer also mentioned being perturbed by some of the things he said about their relationship on social media.

"I ended up texting John because he started to continue commenting about how it was a horrible day and nothing was real about it," she said. "And I'm like, can you be nice and not say mean things about me on Twitter?"

In a comment to one follower who said they hoped the actor still had "nice memories" from the day, Schaech simply replied, "Nope."

"Part of me wants to text him and be like, 'Can you take that down?'" Kramer added of the post, which is still on the actor's Twitter feed.

The actor previously opened up about the short-lived marriage in a 2016 Reddit AMA.

"Jana and I had a wedding but we were never married. It simply came down to this: She wasn't ready to be married," he wrote in response to a fan question. "She wanted a singing career and that was what she was focused on."

Noting at the time that Kramer had since remarried and started a family of her own, Schaech said that his ex "could be the fastest success ever in country music" and is "happy finally."

Schaech shares Camden with his wife Julie Solomon. In July, they welcomed their second child, a daughter named Lillian Josephine.