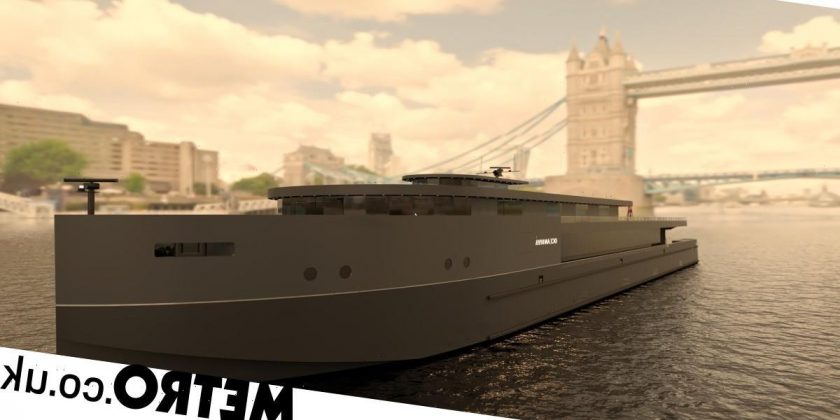 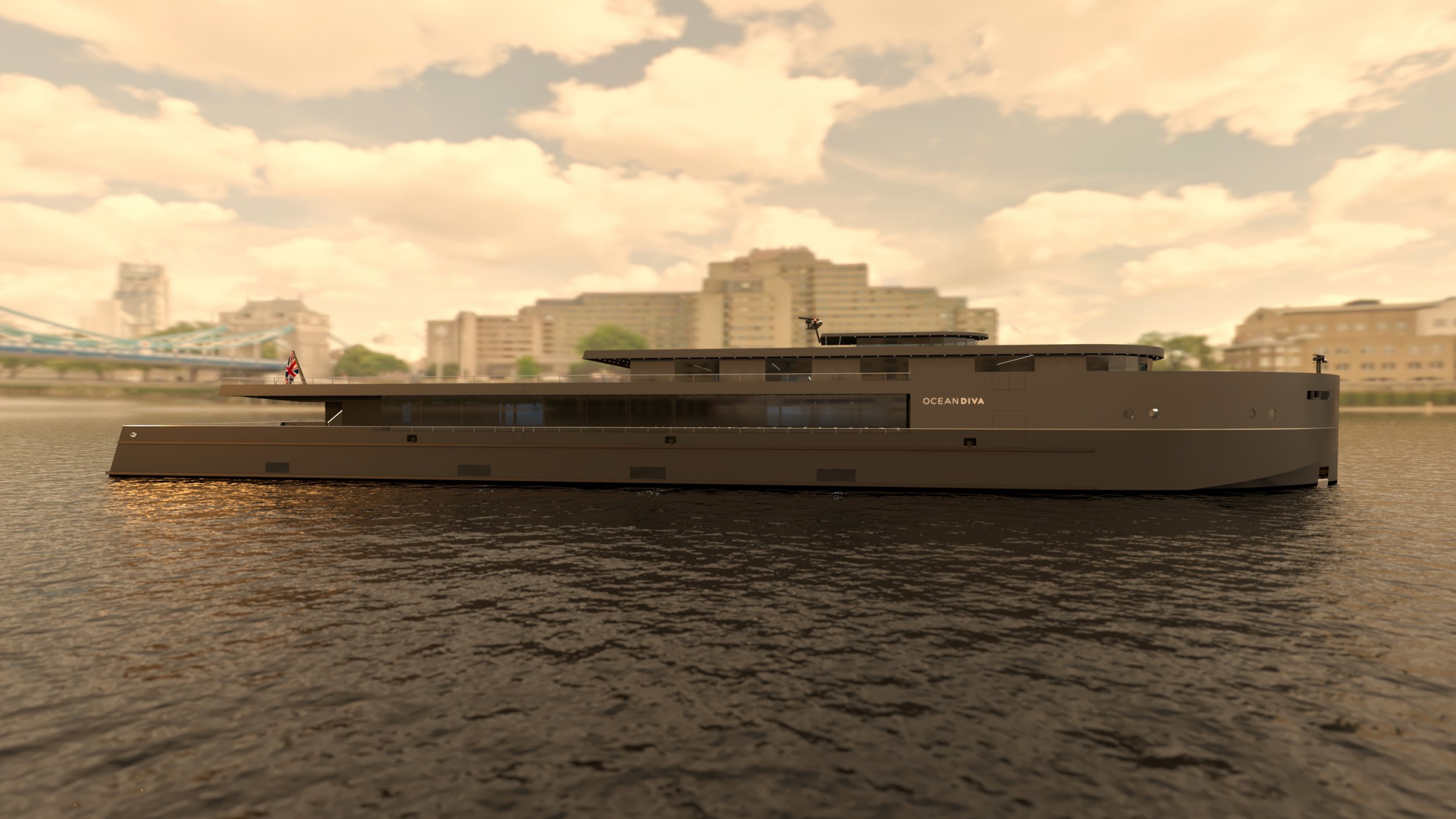 Last month we announced the launch of Oceandiva London; a huge yacht built for weddings and parties in the capital.

And now you can peek inside, as renderings of the £25million ship have been released, showing its lavish interiors and expansive rooms.

Launching in the autumn, the Oceandiva is 282ft long and can carry 1,500 guests standing or 600 seated.

It’s clear to see why the vessel is being touted as the ‘largest floating events space’ on the Thames, boasting three decks and amenities like a bar and dancefloor.

Pictures show a swanky bar decked out in black marble and chrome, where ‘London’s leading mixologists’ will be on hand to ensure your guests are topped up.

There’s also a large dancefloor and stage, lit with spotlights and an LED wall. This is presumably where the superyacht will play host to ‘glamourous high-profile events for private and corporate celebrations, fashion and film shoots, launches, milestone birthdays, and cultural celebrations.’

If food is more your thing, you’ll be spoilt for choice. The caterers on board can count the likes of Gucci and Kensington Palace as previous clients, and will be serving dishes based on local and seasonal ingredients.

Canapes like treacle-cured salmon with caviar or ‘bowl food’ like steak tartare with chips, cured egg, and mustard are on the menu for casual soirees, while sit-down options include short rib served with sweet potato and parmesan, followed by mango, lime and coconut tart for dessert.

Managed as part of a collaboration between Dutch company Oceandiva and British events business Smart Group, the floating venue is marketed towards a ‘discerning party host [who is] keen to wow their guests’.

Guests can board at one of six docking stations across London – Butler’s Wharf, London Bridge, Tower Bridge, Canary Wharf, Greenwich and Royal Victoria Dock – before travelling past landmarks like Tower Bridge and Big Ben.

Although superyachts have a bit of a bad rap, Oceandiva London can’t be faulted on its eco credentials. The ship is CO2-neutral ship will be powered by solar panels and Lithium battery packs that are charged by a green power connection on the shore.

Edwin Petersen, CEO of Oceandiva, said: ‘We have had great success in the Netherlands and Germany so we are incredibly excited to launch our first concept in London which we believe will be the hottest venue in the capital for the most lavish celebrations.

‘London is undeniably one of the most attractive cities for overseas visitors and we are looking forward to hosting extraordinary celebrations on board.’

Greg Lawson, the CEO of Smart Group commented: ‘We are excited to bring a stylish new events space to London, one that raises the bar for luxury venues for private celebrations.’

Prices for events on Oceandiva haven’t been released, but we can’t imagine it’ll be cheap to hire. If you’re after a unique venue and have cash to splash, though, it’s bound to impress.