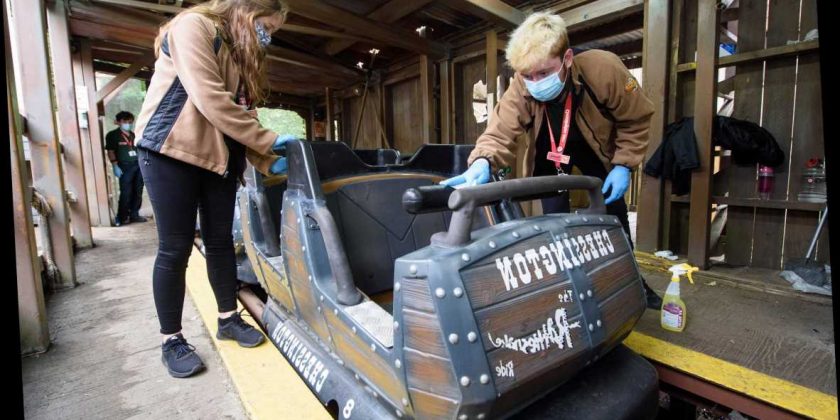 LESS than an hour after arriving at Chessington World of Adventures the kids were already asking: "When can we come back?"

Months of being stuck inside and home schooling all of a sudden seemed like a distant memory. 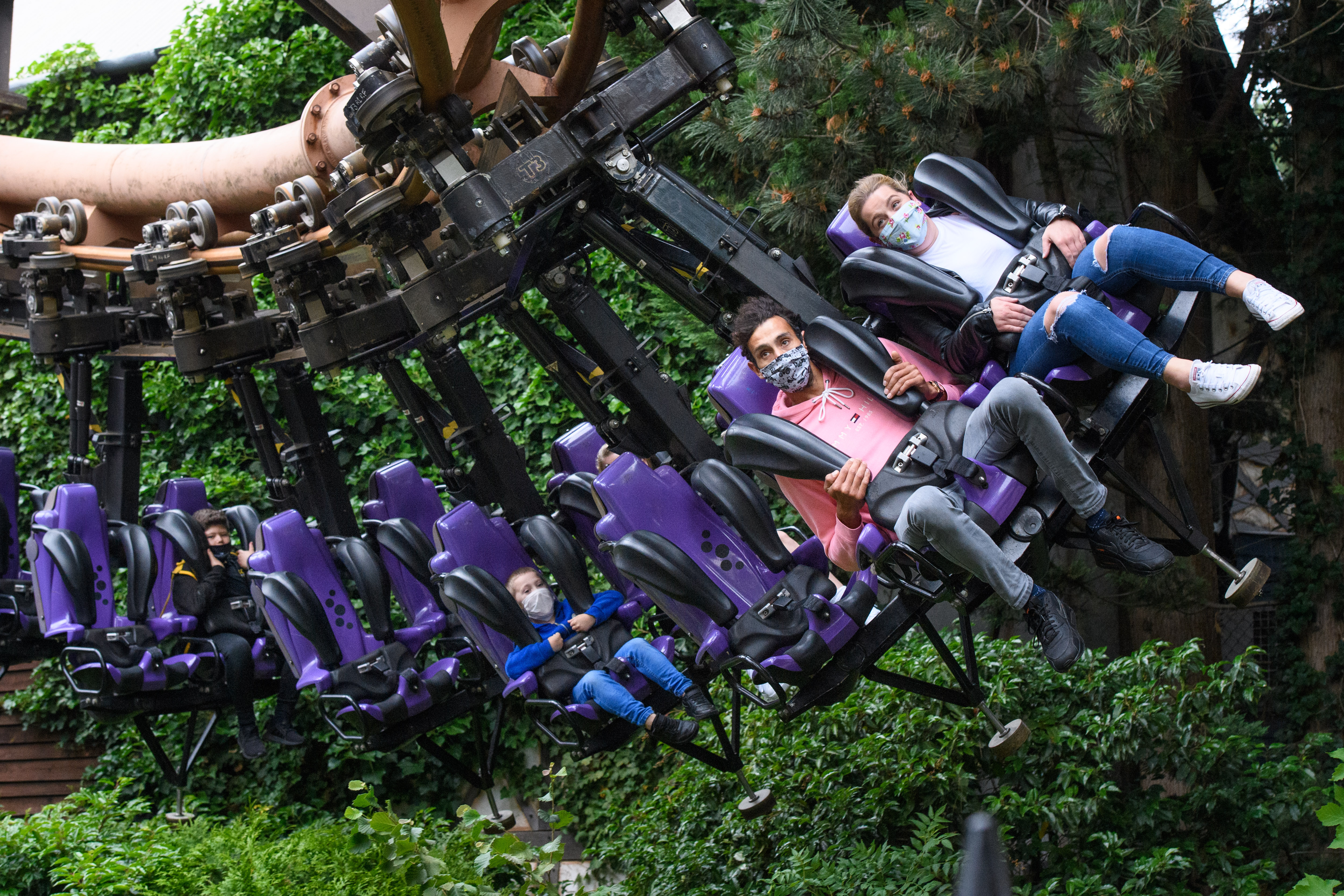 My wife and I, Millie, seven and Benji, three, checked into Chessington’s Safari Hotel in what will be the closest we get to a family holiday this summer.

While the kids were beside themselves with excitement, we were a little nervous about what to expect with the park just getting up and running post-lockdown.

Despite being the first Friday of the school holidays, the hotel car park was only half full.

But other than the temperature check at reception, perspex screens around the bar and the social distanced tables in the restaurant, it was business as usual.

Obviously the kids didn’t notice any of this which has become the new norm. 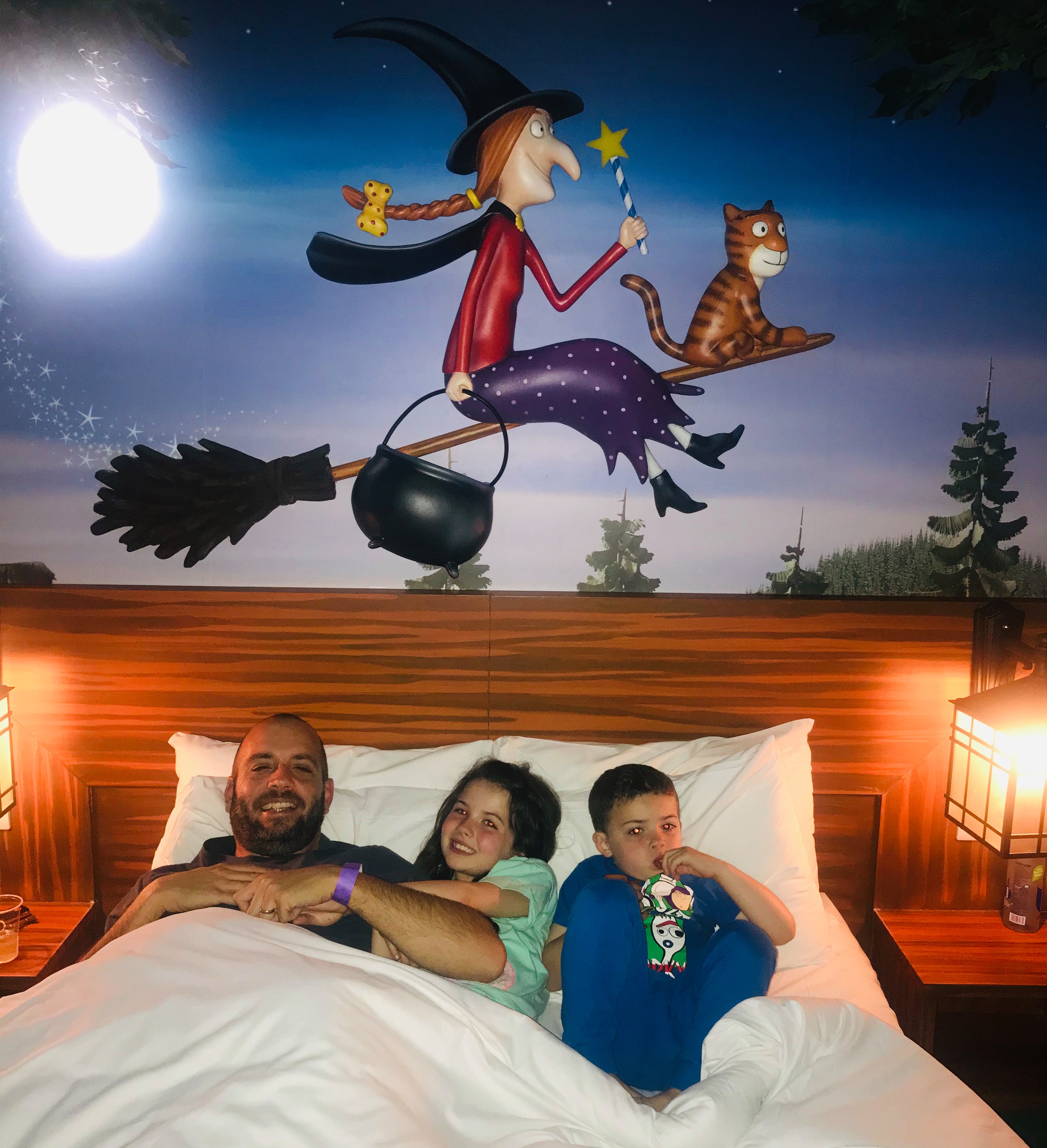 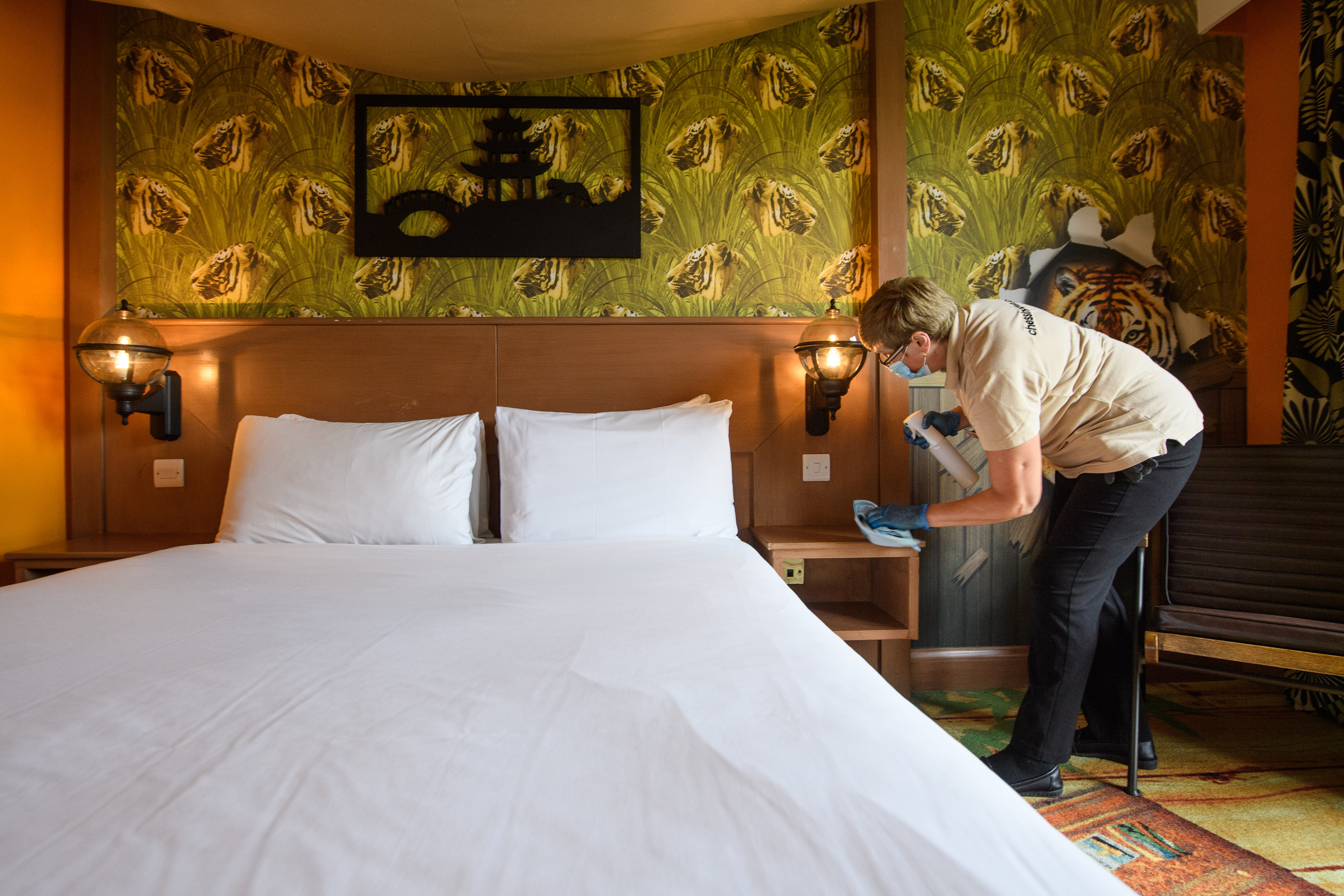 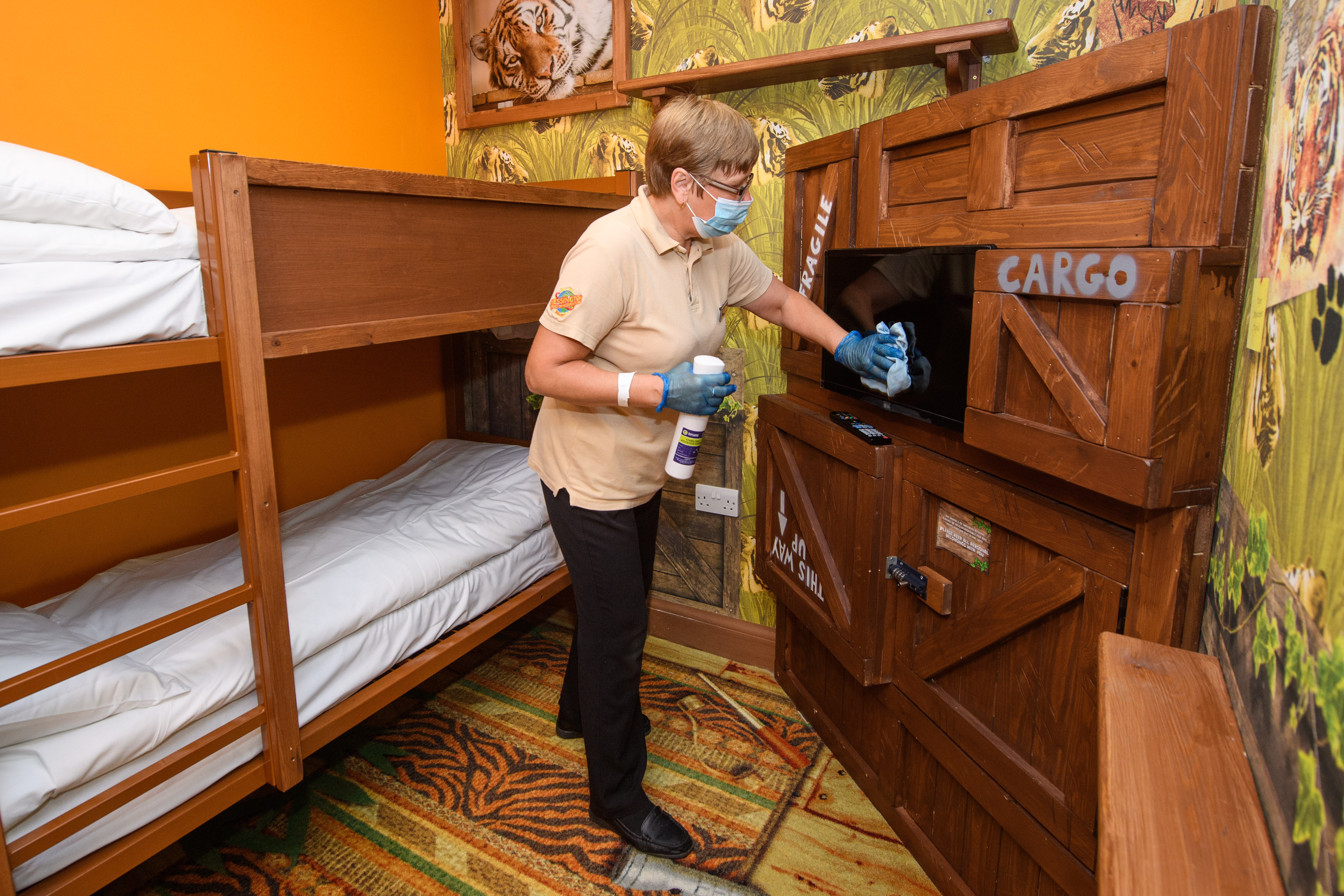 They were too distracted by watching the zebras and yaks from the window of our themed room and the prospect of a sleepover in a bunk bed.

I’m amazed they managed to get to sleep that night but eventually they did and after a big breakfast we made our way into the park.

One of the best things about staying in the hotel is the next day you get let into the park early before the day-trippers arrive.

Forty minutes after having our temperatures checked on the gate, we'd already been on The Gruffalo ride, the fang-tastic Vampire rollercoaster and the Tiger Rock log flume (twice).

I've been coming to Chessington since I was a child and I've never known the queues to be so short – even with social distancing. 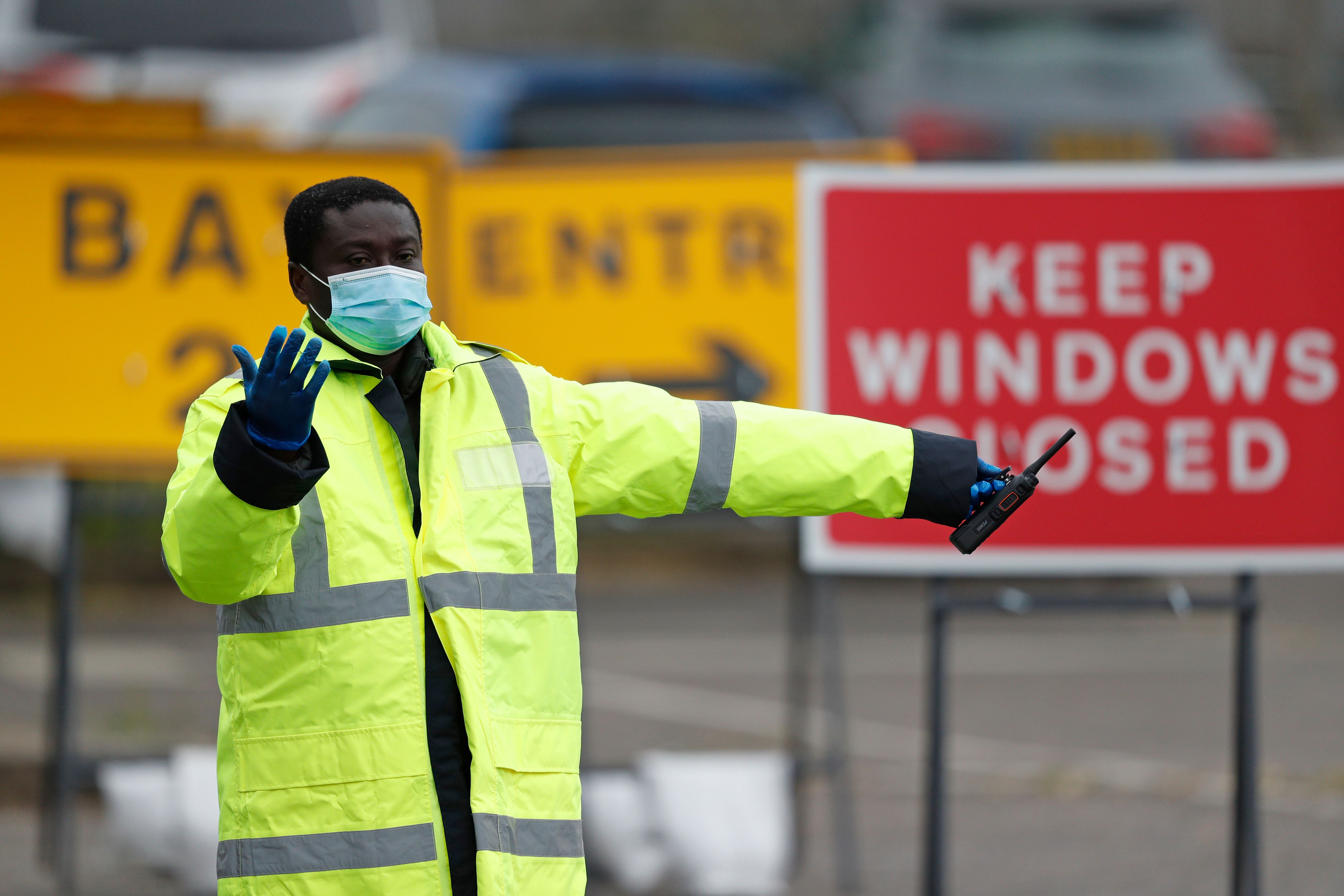 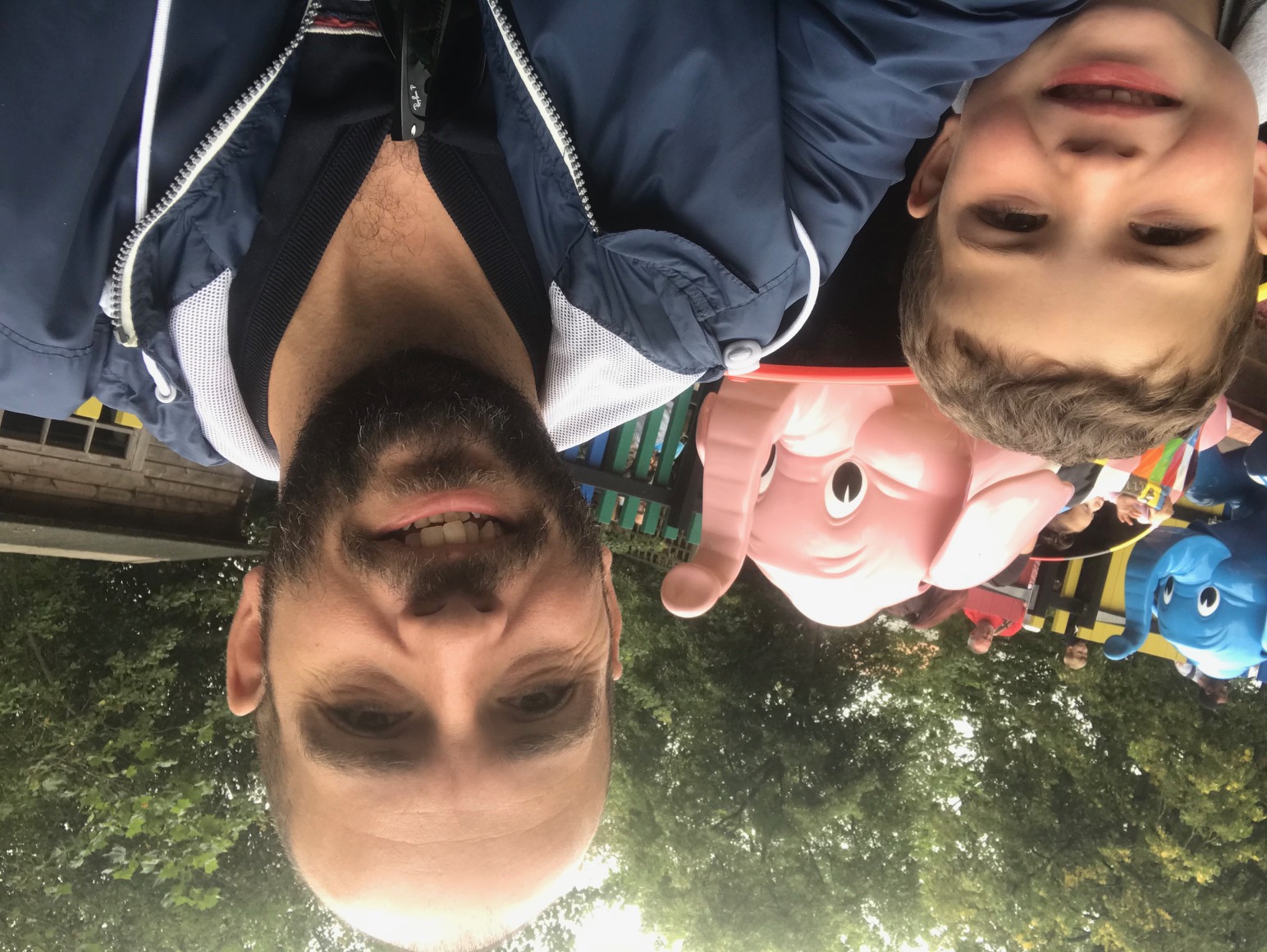 Other than the fact my wife and I and Millie had to wear masks on some rides, there was very little disruption.

And to compensate park bosses have slashed the price of in-ride photos so you can get every snap from the day for just £15.

We managed to get on so many of the big attractions that we came home with ten pictures.

In fact, we were all shattered by the time we sat down for hotdogs and slushy drinks at lunch.

The kids had been on all the rides they’d wanted to go on after watching YouTube in the run up to our visit. 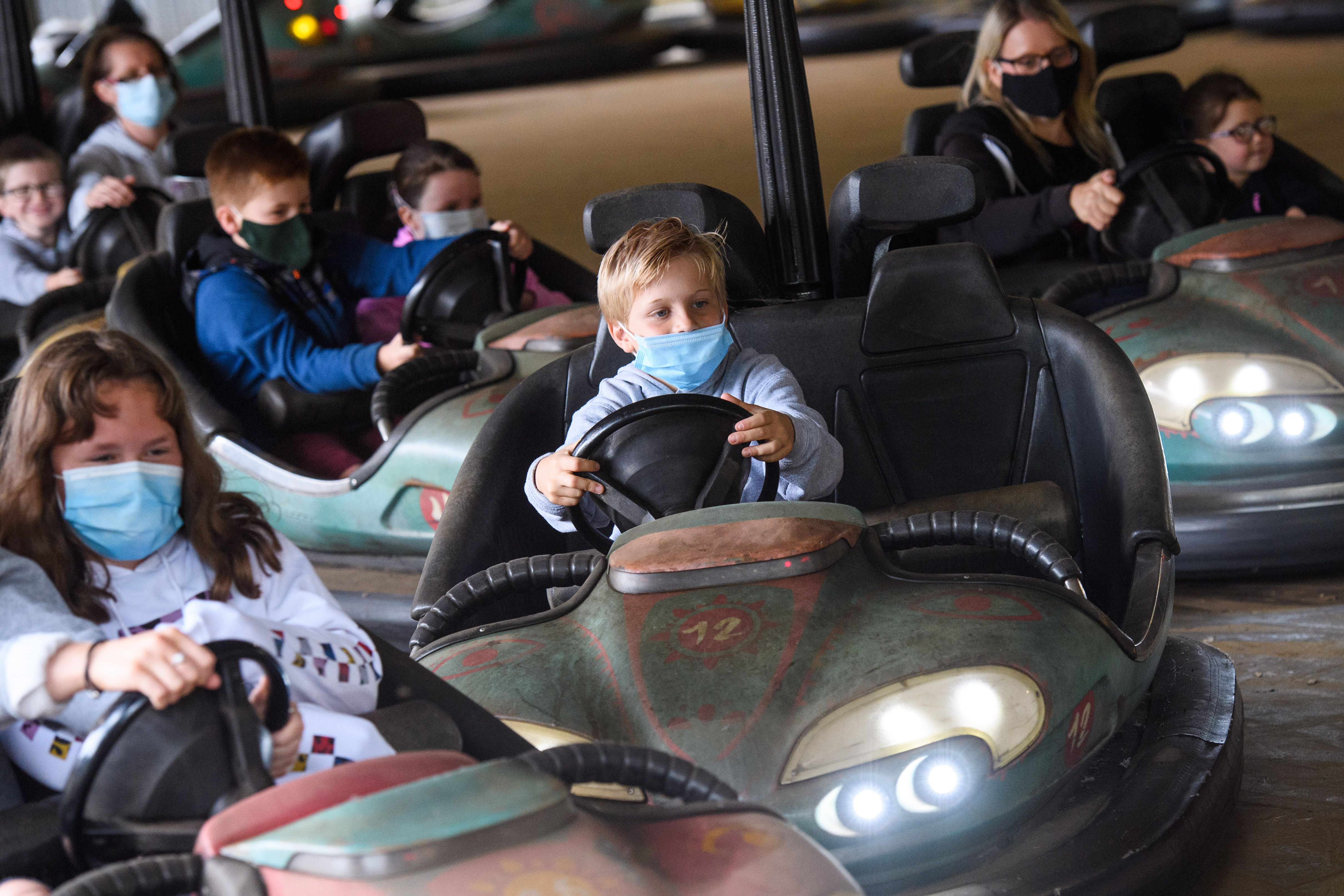 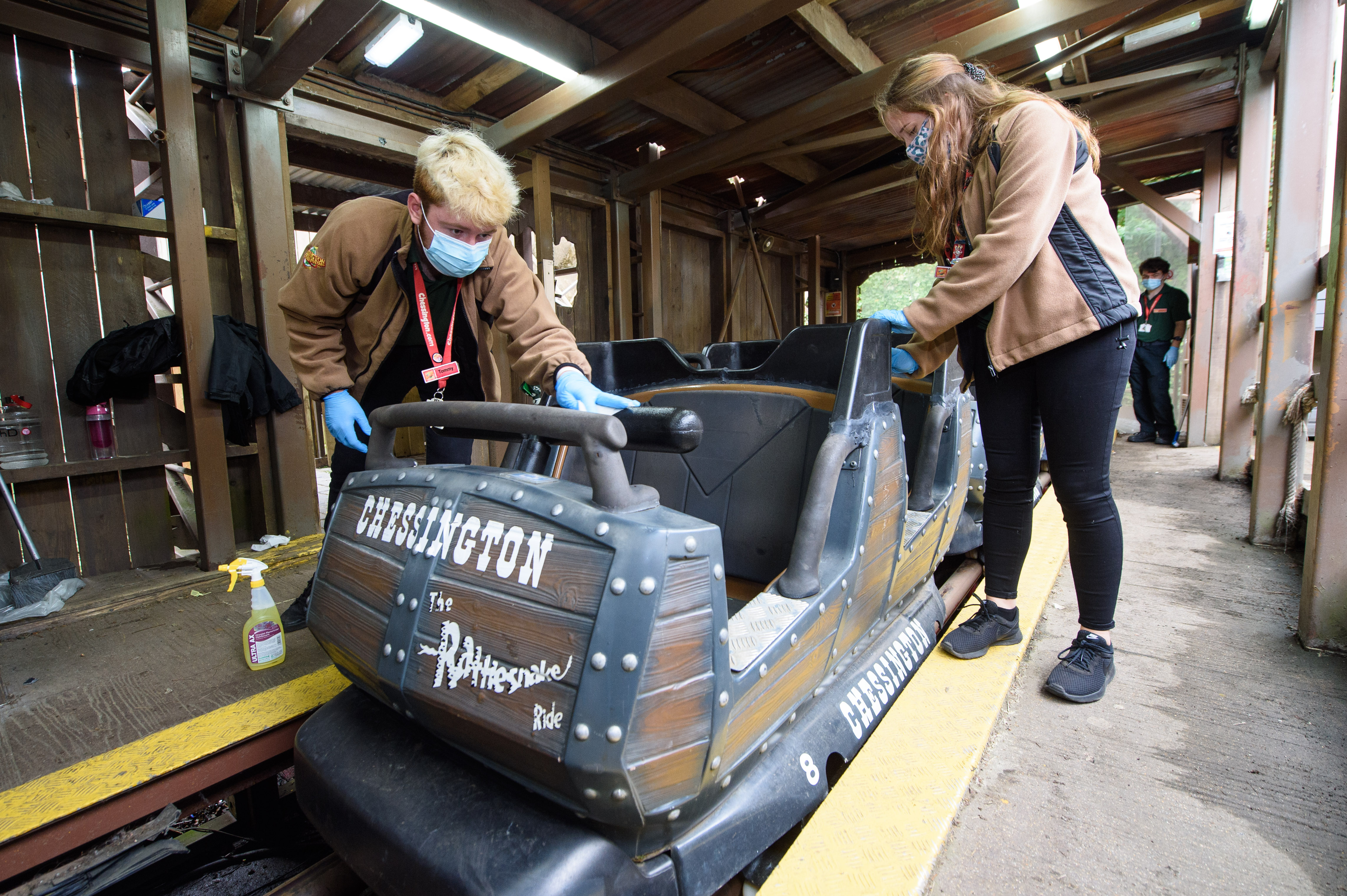 Millie was overjoyed to be tall enough (1.1m) to get on to the Vampire ride which she described as “awesome” “epic” all in one breathless sentence as she got off.

It just made me feel old as I remember queuing to get on it the year it opened when I was just 12 – 30 years ago. If only I’d aged so well.

Gruffalo fan Benji loved the ride inspired by Julia Donaldson’s iconic children’s book even though he wanted me to hold his hand first time round.

And he was on fits of giggles on the spinning boats and Elmer’s Flying Dumbos.

I only managed to drag him away when they came to spray the ride down as part of the hourly cleaning process. 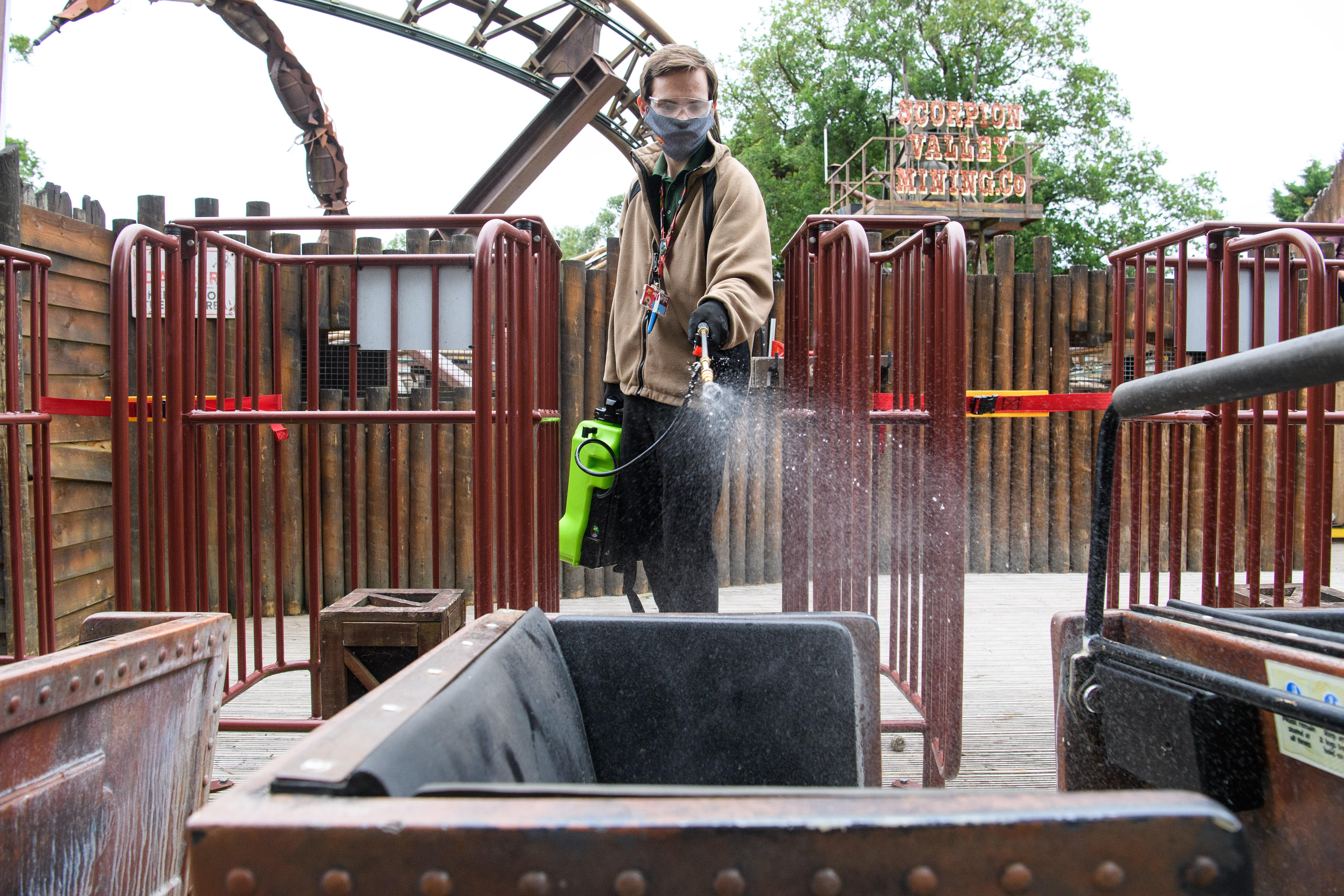 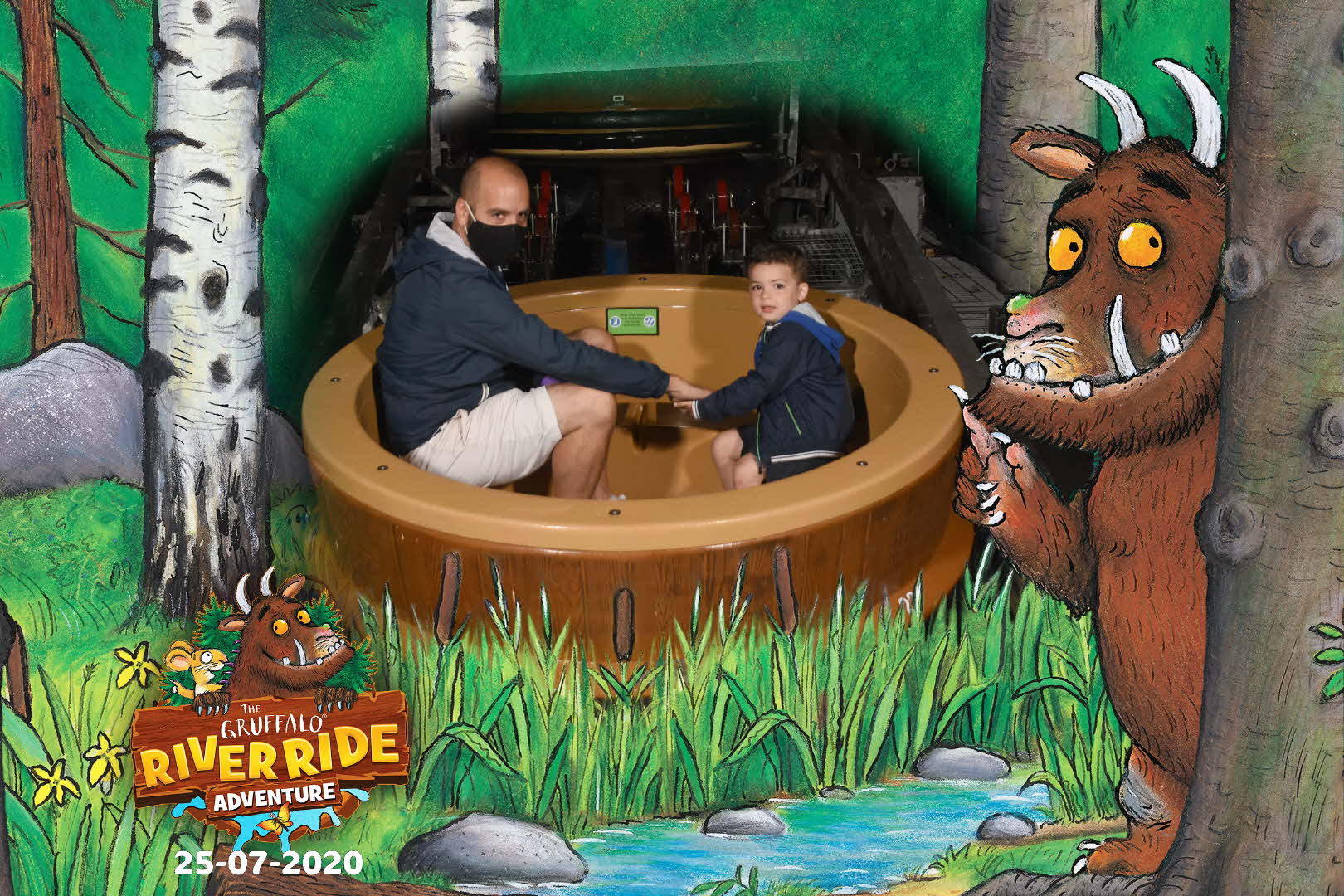 Despite being dragged in different directions all morning, there are enough rides at Chessington the whole family can enjoy.

The Scorpion Express rollercoaster and River Rafts water ride provided just enough excitement for a fearless seven-year-old girl and not too much for a boy, 3.

But we were never going to make it home though without one of us taking Millie on the terrifying Kobra, especially as she was gutted at being too short last year.

The attraction – one of the flagship rides – is a favourite with thrill-seekers who can be heard screaming across the park.

My wife and daughter were no different but they survived…. even the face masks failed to muffle the screams – or the fun for that matter.

Like the rest of the world, the park might not be back to normal but the rides are still as good and the queues are not as long.

And even if we don’t make it away on holiday this year as long as we return before the schools do, the kids will remember it forever.

And if they don’t we’ve got the bizarre pictures to remind them.